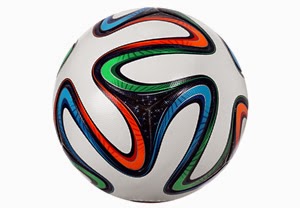 The soccer world is excited for the 2014 FIFA World Cup hosted by arguably the greatest soccer nation in the world, Brazil. The tournament will take place from June 12 to July 13 with 32 nations vying to hoist the gold FIFA World Cup trophy. Qualifying countries have been drawn into their groups and matches have been set. As in most World Cup of Soccer years, the Brazilian side is one of the favorites to win it all and with home field advantage; it might just make that task a little easier.

One of the most interesting aspects of every tournament is always the soccer ball. In 2006 when the event was hosted in Germany, the ball used was called Teamgeist. This ball had 14 panels, which were thermally bonded. This was a radical change from the traditional ball that had 32 panels and was stitched together.

When the tournament was hosted in South Africa and for the first time on the continent of Africa in 2010, the ball was given the name Jabulani. The ball used in the final match between Spain and Netherlands, the former winning 1-0, was given the name Jo’bulani in reference to Jo’burg, the nickname for Johannesburg where the final match took place. The Jabulani ball had 8 thermally bonded panels to make it more aerodynamic. Unfortunately, since the majority of players found it difficult to control the ball, the reviews were not quite as positive as expected. 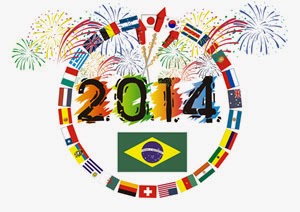 The Brazuca, the 2014 tournament ball, will have 6 identical thermally bonded panels for limiting water absorption and 50,000 raised bumps for drainage. This ball will experience many conditions as some games will be played close to temperatures that can reach up to 38 °C while other close to 0 °C. The maximum knuckling effect of the ball will be around 48km/h much less than the Jabulani, which was around 80km/h.

Some interesting facts about the Brazuca:

In this tournament, just like in all other World Cups, the soccer ball will play a starring role. Although the previous two balls did not receive high reviews, the Brazuca follows closer to the traditional 32-paneled stitched ball, with a few innovations thrown in of course. Let the games begin.