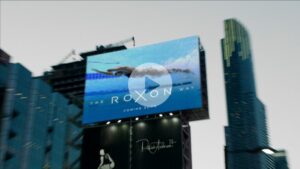 Ottawa, July 21, 2021 – As Canada’s top Paralympic athletes prepare for the upcoming Tokyo 2020 Paralympic Games and Beijing 2022 Paralympic Winter Games, the Canadian Paralympic Committee (CPC) is celebrating the occasion with a new brand campaign aimed at changing the conversation about the nation’s Paralympians – dispensing with proving their athletic merit to focusing on sheer confidence, even swagger.

Bridging the summer and winter Games, with both set to take place just over six months apart, “We’re Here” announces the arrival of aspirant celebrity competitors on the cultural stage, including Canadian wheelchair basketball legend Patrick Anderson, gold medal-winning Para swimmer Katarina Roxon and Para ice hockey team captain Tyler McGregor, showing a side of each of them that takes us well beyond their respective events. Bolstering the excitement is an adrenaline-soaked track courtesy of Queens of the Stone Age. These athletes are here, and everywhere.

CLICK HERE to view the spot with descriptive video.

“Being part of this campaign shows a different side to the athleticism of Paralympic athletes. It shows that there is more to us beyond our sport and how diverse and determined we are!” said Roxon, who is heading to her fourth Paralympic Games in Tokyo.

“When I was a kid, I dreamed of someday winning gold medals and becoming a famous Paralympian,” said Anderson, set to become a five-time Paralympian in Tokyo. “For most of my career I have shied away from the spotlight, but over time I’ve come to appreciate it as a privilege and responsibility, and I’m honoured to be included in this campaign as we aim to really highlight all of Canada’s Paralympians as athletes and people.”

“It’s such an honour to be a part of this campaign,” said McGregor, who is training for the Beijing Paralympic Winter Games. “It’s so important for the visibility and representation of Paralympic athletes in a way that transcends sport. This exposure has the possibility to inspire both current and future athletes to chase their dreams both on and off the field of play.”

During a fast-paced commercial that strongly emphasizes diversity and inclusion, we see a young boy in a wheelchair unwrapping a toy figurine in Anderson’s likeness, and another unboxing his signature wheelchair on YouTube. Roxon unveils a namesake street sign in her Newfoundland & Labrador hometown, while a box of ‘McGregor 8s’ sits on a table in the aftermath of a family breakfast.

Meanwhile, each athlete is popular with press and fans alike, everyone eager to see and meet their favourite stars. While some scenes are imagined, others celebrate real moments, proving that in fact, these athletes have always been here.

Either way, the point is clear: it’s time for these remarkable competitors to take their rightful place as stars not just of the athletic world, but the world at large.

“This campaign is a reflection of the evolution of the Paralympic Movement in Canada and globally over the years,” said Martin Richard, executive director, Communications and Brand, CPC. “We have moved from needing to educate and spread awareness about the Paralympic Games themselves to amplifying the profiles of individual athletes. Canada’s Paralympians are some of the best athletes in the country and incredible role models who can make a real cultural impact, and should receive attention, accolades, endorsement deals, and success both within the sport world and beyond.”

The campaign made its initial debut during CBC’s broadcast of Game 5 of the Stanley Cup Finals and will now be featured on CBC/Radio-Canada, Sportsnet, AMI, Facebook and Twitter leading up to and during the Tokyo Paralympic Games, in addition to other outlets where the Paralympics will be shown. An official broadcast partner of CPC, CBC will be airing primetime coverage of the Paralympic Games for the first time ever this summer, a landmark occasion for Paralympic sport in Canada.

An updated version of the campaign will debut closer to the Beijing Games later this winter.

The campaign is a collaboration between the Canadian Paralympic Committee and BBDO Canada, CPC’s agency partner for the past 12 years. Production was led by Flare BBDO and drew on the talent and skill of multiple partners from across the country, including Rooster Post for Offline Edit and TA2 Music + Sound for licensing and sound design. All shoots were conducted under strict COVID-19 health and safety regulations, as per internal protocols and local health authority regulations.