Three Canadians On The Podium At Les Gets Mtb World Cup

View All News
Cycling Canada – Les Gets (July 15, 2019) – Canadian riders had a strong weekend in Les Gets, France, at Round 4 of the Mountain Bike World Cup. Sean Fincham (Norco Factory) had his first World Cup podium, finishing third in Under-23 men, moving him to fourth in the overall standings. Haley Smith (Norco Factory) was sixth in Elite women, as was Peter Disera in Elite men, and they are now both tenth in the overall standings. In the Junior men’s Downhill competition, Canadians Patrick Laffey and Seth Sherlock, both riding in Team Canada colours finished second and third respectively, while Lucas Cruz (SRAM TLD Racing) was fifth. 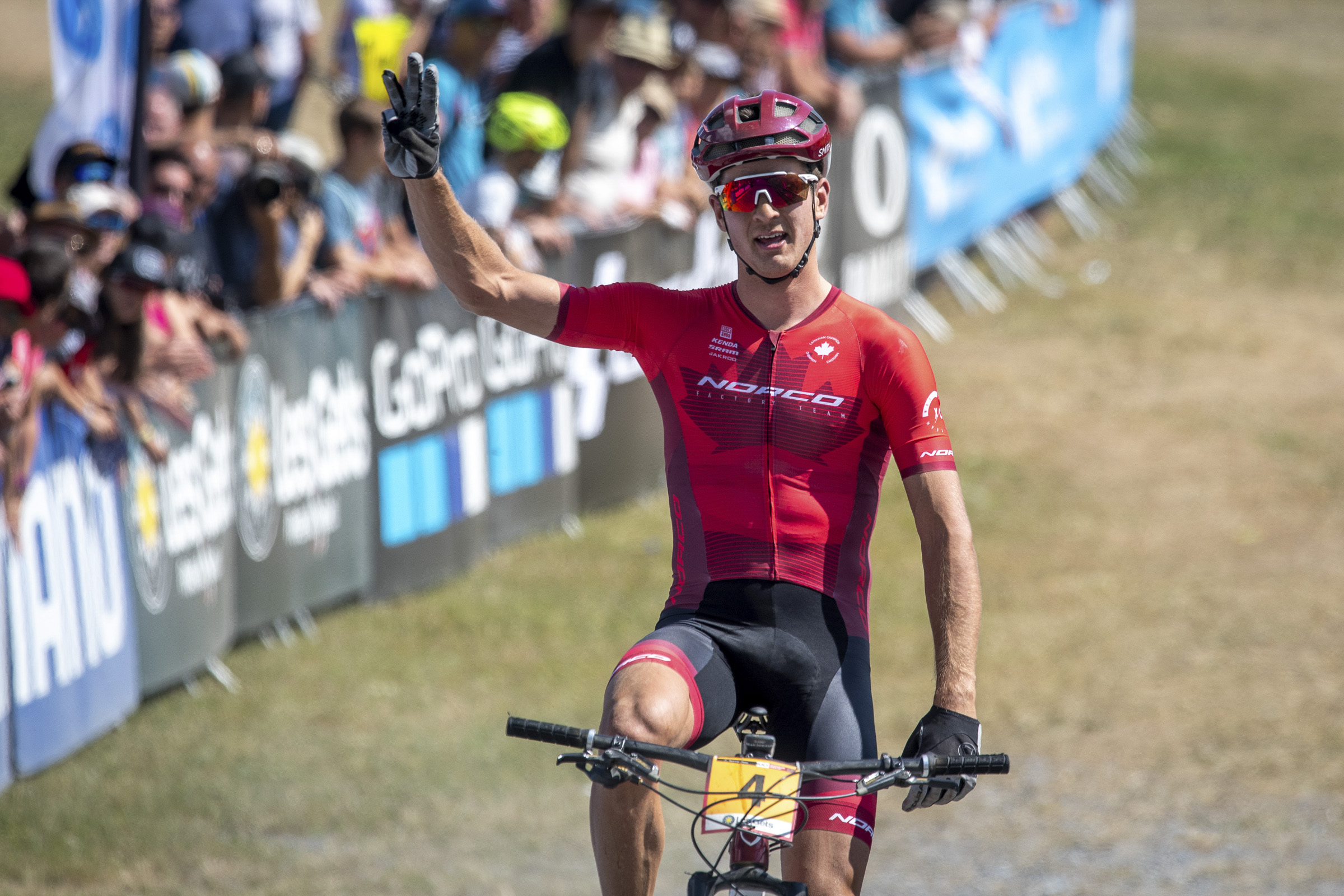 “All in all, I cannot complain,” said Disera. “I had the ride of my life and my legs were great.  My head was quiet and focused – completely autonomous execution. The podium would be cool but I’m 24 and we are only halfway through the World Cups!”