Held at 2000 metres altitude, the Pan American championships offered important UCI ranking points towards Olympic qualifications, and all six Canadians competing finished in the top-10 in their respective races.

“Definitely over the moon with this win,” said Gagne. “I came second, nine seconds from winning, in 2013 and one minute from winning in 2014 with bronze. Today I finally got it. I’d like to thank the Canadian national team for supporting me here and at some of the key races this season when I need it the most. It’s a tough situation now with no team, and the Québec team is there to help me at some races too.  I am really happy I could make it happen for myself, but I am more thankful to those that are helping me right now.” 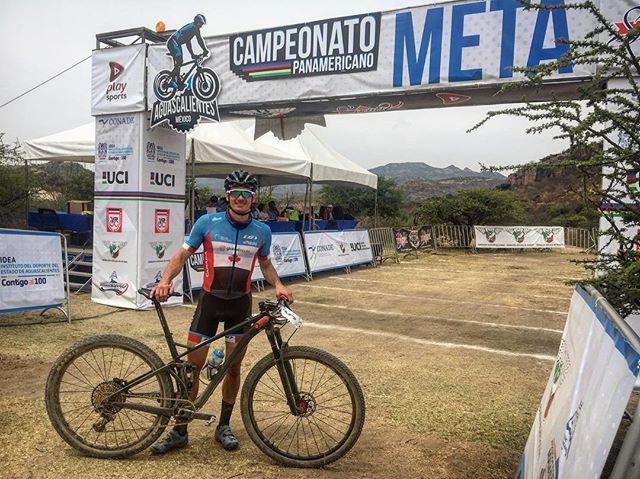 Leandre Bouchard finished seventh in Elite men, while Quinton Disera was sixth in the Under-23 men’s race.

The Elite women’s race was led from start to finish by world champion Kate Courtney (USA). Pendrel, the Olympic bronze medalist in 2016, was part of the four rider group that dropped the rest of the field and challenged for third in the final laps. Canadian champion Emily Batty finished sixth and Sandra Walter was ninth.

Jeff Ain, Canadian Team Manager, said, “The course is a tough one with the desert heat and altitude, but we came in with a well-laid out plan and everyone executed really well. Raph showed some exceptional tactical skills to pull off the win in the elite men, and Catharine was in a tight last lap battle for bronze.  Everyone was in the top-10 with some very deep fields.”