by Racquetball Canada
View All News

Winnipeg (September 29, 2020) – Imagine a world where it as hard to book court time at a racquetball facility as it is to book ice time at a rink?

The potential of achieving greater participation in racquetball becomes much more possible with the hiring of Kurtis Cullen as Racquetball Canada’s Community Programming Coordinator.

Cullen, whose has extensive experience as an athlete, coach and official, is inspired by the opportunities this new position with Racquetball Canada brings to the sport.

“Racquetball is an amazing sport that isn’t getting the attention it deserves. My vision is to have junior and senior programs in every facility across the country that has racquetball courts,” said Cullen.

“Court facilities need strong programs in order to unite those who are already playing and to create a base that new players can join. Programs need not only structure, but to provide value to those joining by means of good competition and reliability. By providing facilities with access to our structured coach education program while working alongside the corresponding provincial organization, I know we can grow racquetball to new heights at both the junior and senior levels,” Cullen added.

Cullen brings important perspectives and skills to Racquetball Canada. He:

We welcome Kurtis to our staff team and we are excited to see his vision become reality. Thank you to the Government of Canada and the Saskatchewan Racquetball Association for making this position possible through their support. 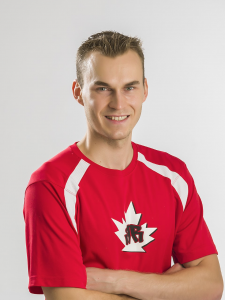