Jessica Guo is the new world champion in cadet (U17) women’s foil fencing. The 15 year old Toronto resident went undefeated to win the gold medal today in Cairo, Egypt. After going through the preliminary round with a 6-0 record, Guo went on to win 5 elimination matches including a 15-9 win over Russian Anastasia Beznosikova in the gold medal match. The win today follows her bronze medal in yesterday’s junior (U20) event where she was undefeated until a 15-12 loss in the semi-finals. She will finish competition at world championships tomorrow with the team event. Guo has also been named to the Canadian team for the upcoming Tokyo Olympics. 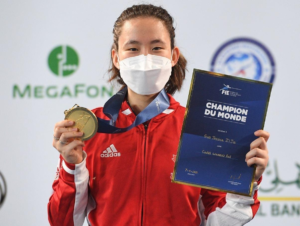 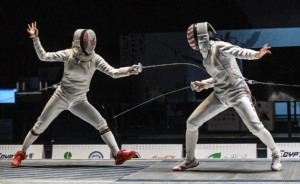 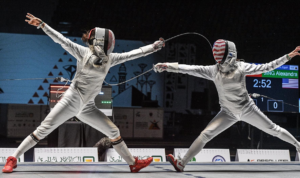