Ottawa, ON, July 17, 2020 – Equestrian Canada (EC) is pleased to announce that Helen Parker of Edmonton, AB, has been chosen as the July 2020 recipient of the Dressage Volunteer of the Month Award.

Parker has been a respected member of the Edmonton Area Alberta Dressage Association (EAADA) for the past thirty-eight years.

Parker’s love of dressage began in England, where she graduated from the Talland School of Equitation and received her British Horse Society Assistant Instructor’s Certification. When she returned to Canada, Parker noticed a need to bolster the local dressage community and subsequently devoted her time and energy helping the EAADA extend its profile.

Parker gradually evolved into the role of EAADA Clinic Coordinator and worked with other members to bring in a number of respected clinicians such as Dane Rawlins, Holger Münstermann and Mikael Holmström. She spearheaded the organization of the Wild Rose Schooling Show Series, as well as the popular Jaimey Irwin Clinic Series, which remains well attended to this day. Additionally, Parker has spent many hours fundraising at casinos for the Alberta Dressage Association, which plays a huge role in supporting events and programming.

One of Parker’s proudest moments was believing that Alberta and the EAADA could host a competition of the highest caliber – a FEI CDI 3*. This competition was successfully held at Amberlea Meadows in Leduc County, AB, and was organized to the highest of standards. 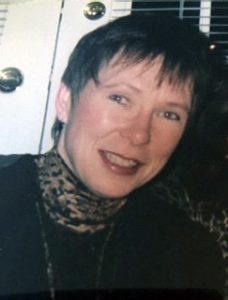 PHOTO – Helen Parker of Edmonton, AB, was named the Dressage Volunteer of the Month for July 2020 in recognition of her efforts to spread the joy of dressage and increase participation across Alberta.
PHOTO CREDIT – Courtesy of Deb Meraw

To ensure the public realized the beauty of dressage, Parker travelled around the Edmonton area with her friend, Betty Seidel, and their horses. They entertained audiences throughout Alberta at venues such as Klondike Days, Rundle Park and The Edmonton Coliseum during rodeo week. Many riders have identified these very demonstrations as the moment in which they decided to give dressage a try.

Parker has also served as a past President of EAADA and sat on the Edmonton Sport Council Board to promote the sport of dressage. Her willingness to use her talents and abilities to strengthen the EAADA mission is unequaled and has greatly advanced the sport of dressage in Alberta.

If you know of a volunteer who deserves recognition, nominations are quick and easy through the EC website. Nominations for the award are accepted until the 20th day of each month, making July 20th the next deadline to submit the name of a volunteer who has made a difference to the sport of dressage. Questions and comments on the Dressage Volunteer of the Month Award can be directed to Christine Peters at cpeters@equestrian.ca.