View All News
Cycling Canada – Etobicoke, ON (July 7, 2019) – Over 400 athletes came out for the premier event on the domestic BMX calendar, the Canadian BMX Championships, which were held at Centennial Park, in Etobicoke, the location of the 2015 Pan American Games. Titles and maple leaf jerseys were awarded in the women’s and men’s categories for Junior (17-18) and Elite (19+) categories, with medals awarded in the Challenge classes for age group racing from as young as 5 years old.

British Columbia, Ontario and Alberta dominated the titles, with each province taking national champions jerseys, including two for BC. The Elite women’s title was a battle between three World Cup riders, defending champion Daina Tuchscherer of Chestermere, AB, Drew Mechielsen of Langley, BC, and Avriana Hebert of Edmonton, AB, with Mechielsen ultimately taking her third title. 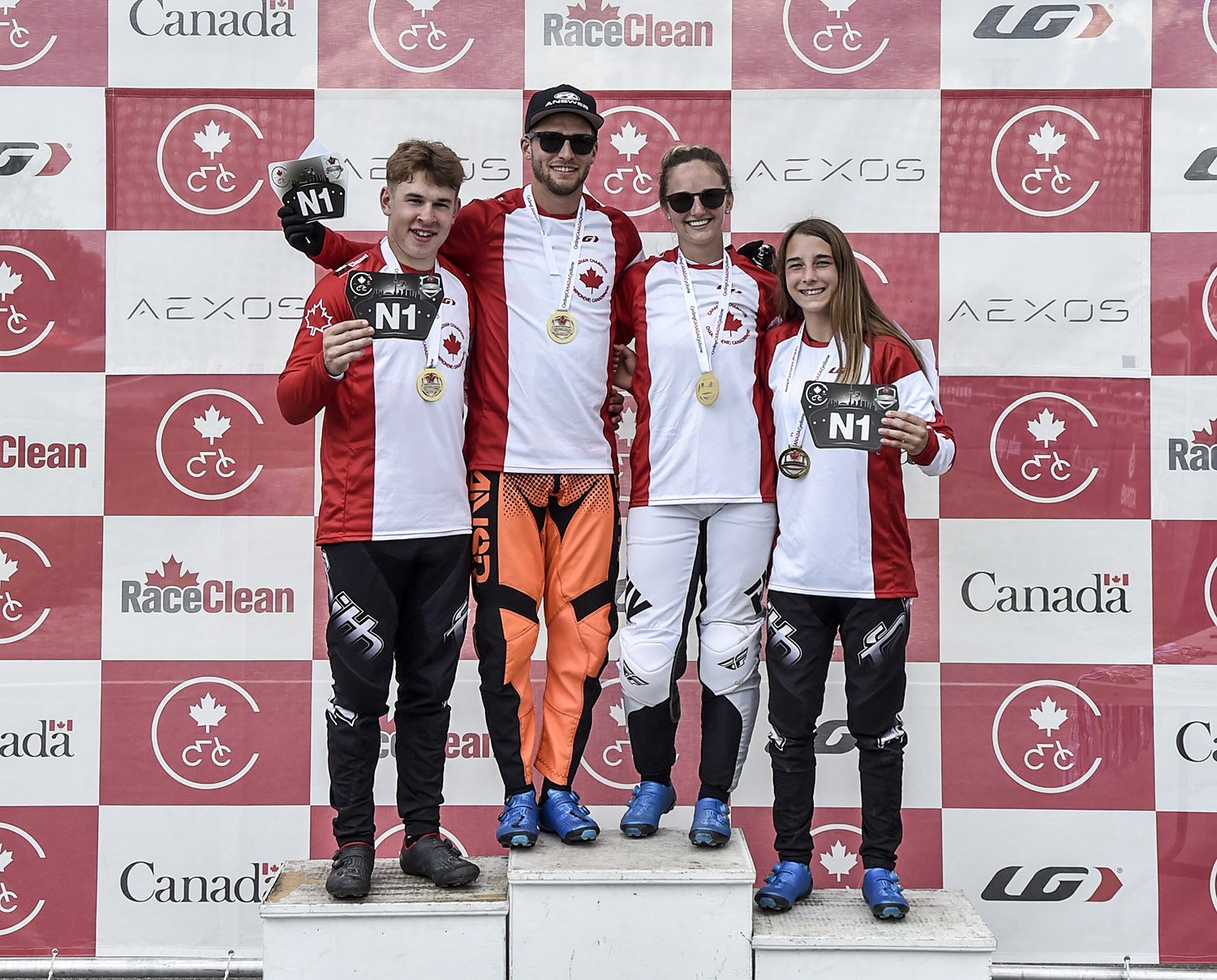 In the absence of Tory Nyhaug and Alex Tougas, who are both recovering from an injury, the Elite men’s title was a three-way battle between defending champion Gaby Malenfant of Drummondville, QC, James Palmer of North Vancouver, BC, and Josh Samells of Milton, ON. World Cup rider James Palmer won all of his heats and went on to win his first title.

Quotes
Drew Mechielsen, Elite Women: “It was a really good race day; it was long and hot and there were some really good battles but I’m happy to come out with the win. It was tough competition with Daina and Avriana, and it’s always a struggle racing them but it’s also always good because we train together.”

James Palmer, Elite Men: “Today was a great day, I’m happy to come away with the win. I’ve been injured for the past month or so with a wrist injury so I’m happy to be back racing in front of my Canadian fans and it’s great to win my first Elite title.”