Cycling Canada – Cambridge, NZ (January 18, 2019) – Team Canada had a strong start to the fifth round of the Tissot UCI Track Cycling World Cup on Friday in Cambridge, New Zealand, winning silver medals in both the men’s and women’s Team Pursuit. The men set a new national record for the fourth time this World Cup season with a time of 3:52.420.

The women’s competition saw Canada set the fastest time in the first round, with a 4:15.579 for 4000 metres – less than one second off the national record set at the Rio Olympic Games in 2016. In the gold medal final, the Canadian squad of Allison Beveridge, Ariane Bonhomme, Annie Foreman-Mackey and Georgia Simmerling went up against host New Zealand, with neither team able to match Canada’s previous time. The New Zealand team won with a time of 4:16.028, with Canada finishing 1.242 seconds back. 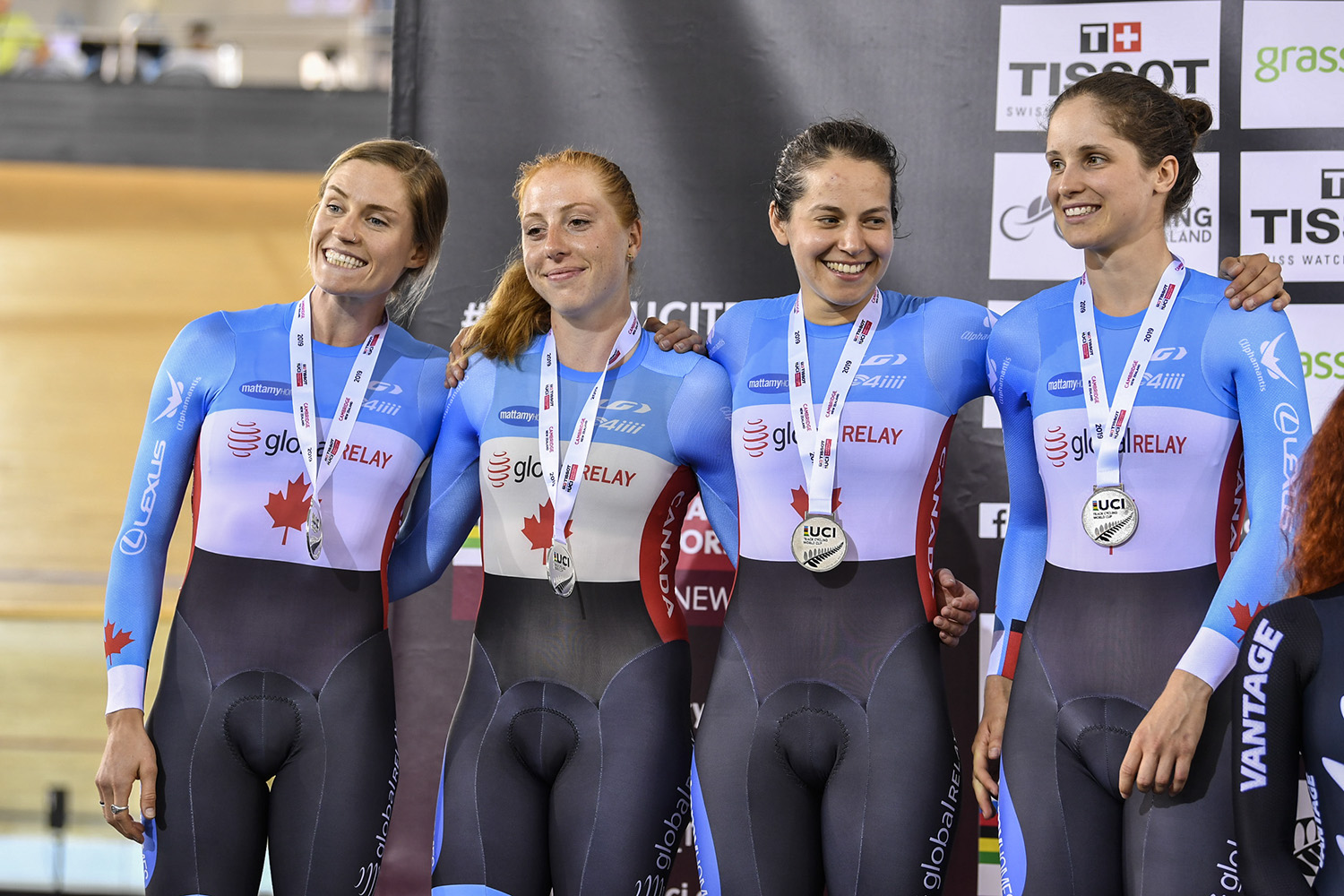 “While we weren’t quite able to top the Kiwis in the final,” said Craig Griffin, Women’s Track Endurance coach, “I’m extremely pleased with the team’s performances today. Everyone has worked really hard in the last few months and it’s beginning to pay dividends. I think the 4:15 ridden in Round 1 is about a second off the national record set in Rio and the fastest time ridden by any team this World Cup season. Along with the men, we have some nice momentum heading into our final prep for Track Worlds.”

Canada’s men’s squad has shown remarkable improvement all season, breaking the Canadian record twice at the Milton World Cup, then again last month in Berlin (3:54.682), and now in New Zealand in the first round, with a time of 3:52.420 – less than three seconds off the current world record. The squad of Vincent de Haitre, Derek Gee, Adam Jamieson and Jay Lamoureux set the new record, with Aidan Caves replacing de Haitre for the gold medal race against New Zealand. Canada was not able to match its first round time in the final (3:53.156), however, the New Zealand squad was unstoppable before the home crowd, finishing only 0.355 seconds off the current world record. 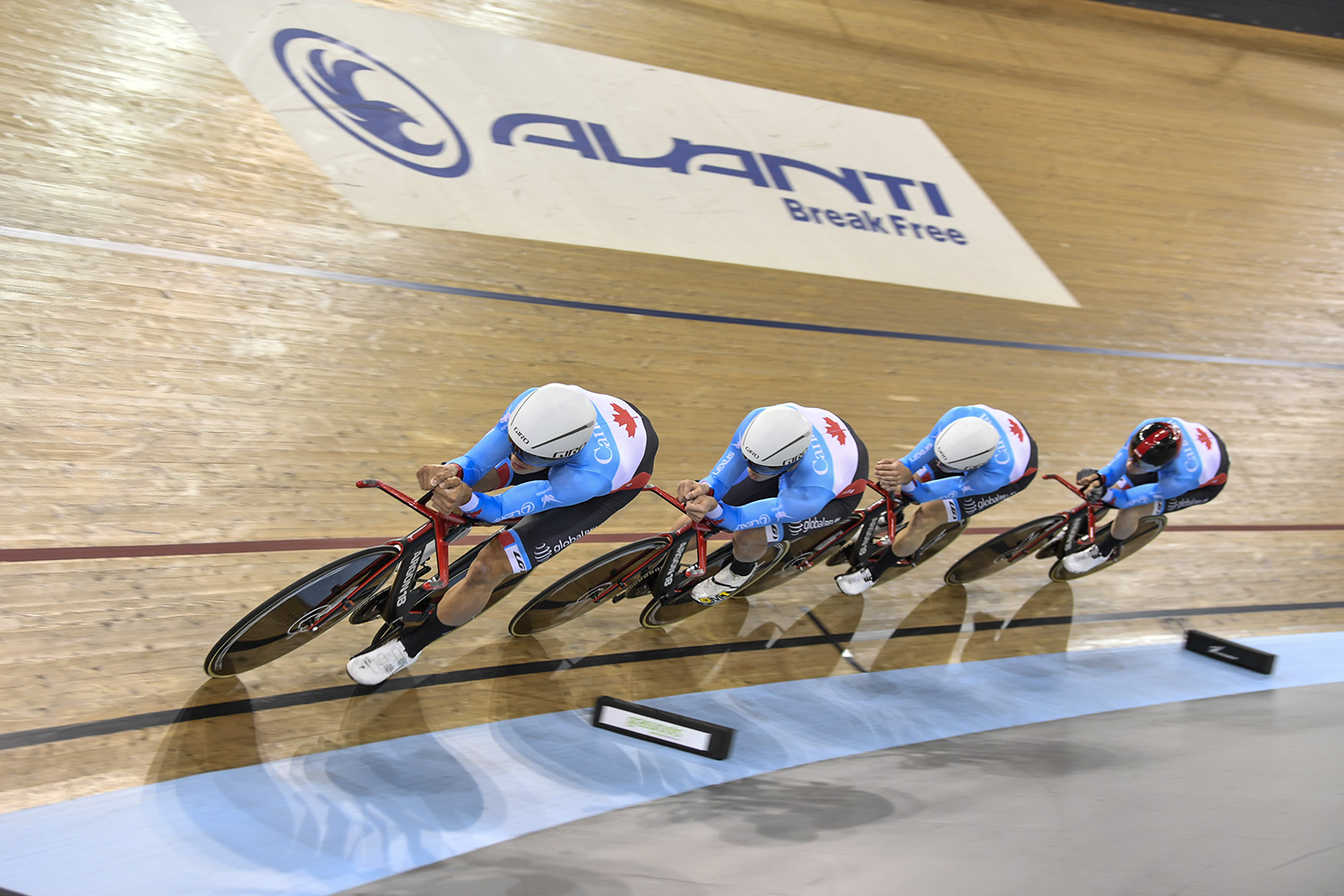 “Today was a big step forward for the Men’s Team Pursuit programme,” said Jono Hailstone, Men’s Track Endurance coach. “The boys continued their steady progression and showed that they are becoming genuine contenders on the world stage. It was really pleasing to ‘blood’ a new rider at the international level, with Vince de Haitre riding the first round, and shows that we have great depth in the MTP [Men’s Team Pursuit] programme. We also gained crucial points towards Olympic qualifying and set things up for a really good final block leading into the world championships in Poland.”

Canada’s women’s Madison team suffered a blow in training when Steph Roorda crashed, breaking her collarbone. Designated alternate Kinley Gibson will step in to join Allison Beveridge for the competition on Sunday.