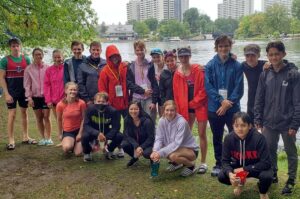 OTTAWA, ONTARIO (November 23, 2021) — Canoe Kayak Canada is pleased to announce the 2021 recipients of the Club Development Award and Coach Developer Award and to congratulate all 14 coaches who have been nominated for these Awards. The winner of each award was announced during the 2021 CKC Annual Summit.

“Every day, coaches and club leaders across Canada go to great lengths to make an impact in the lives of our athletes and our sport system,” said James Cartwright, Senior Manager of High Performance and Coach Development. “We’re proud to recognize these eight nominees. Taking time to formally recognize the accomplishments of our great coaches goes a long way to say thank you and to recognize the impact these individuals have in within paddling community. 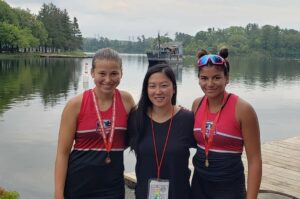 The Club Development Award is presented annually to a coach, club leader or volunteer who has clearly demonstrated his or her abilities at developing a club or the sport through grassroots programs such as creating a new club or program or promoting the sport through the club.

Under Diane Tam’s leadership, False Creek Sprint Canoe Club (FCSCC) has become one of the top sprint canoe clubs in British Columbia. At the 2021 National Championships 3 FCSCC athletes placed on the podium and 6 athletes raced in the Finals. Additionally, the club has grown significantly at the U10, U12, U14 and U16 level with approximately 80 paddlers now participating in the program. In 2013, FCSCC had no athletes compete at the National Championships and in 2021 there were 21 athletes that represented FCSCC.

“Through her dedication, coaching style, enthusiasm and professionalism, Diane has created a thriving club. Beyond FCSCC, Diane has been instrumental in the organization and development of the sport in British Columbia. She is always willing to help athletes and clubs.” 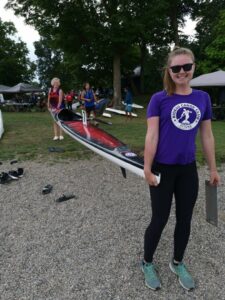 The Coach Developer Award is presented to a coach who contributes to the training of new Canoe Kayak coaches outside of, or in addition to their regular coaching duties.

Cheyanne Farquharson led the Rideau Canoe Club to the National Sprint Championship for the third consecutive year. Her leadership, recruiting and mentorship of new female coaches was instrumental in creating a supportive and inclusive environment. Cheyanne was selected by CKC to coach at the Junior World Championships in Portugal. She has developed coaching training and safe sport resources that have been shared throughout the sport.

“Taking on the head coaching position at a large club brings with it a great number of challenges at the best of times, over the past 18 months of the Covid-19 pandemic countless more were imposed. Cheyanne impressed Ottawa Public Health with our protocols that we were identified as a model for other organizations.”