by Canada Snowboard
View All News 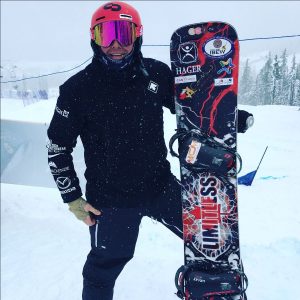 One that has defied all odds – survivor of an electrical accident enduring 14,400 volts with 5 amps of current (500% more than the standard where a human body shuts down) – an injury that had cost Curt Minard his arm and nearly his life over a decade ago. His response to this was to become a National athlete in multiple sports and Minard has done exactly that through the athletic pursuits of hockey and snowboarding in what he calls “tragedy to triumph”. 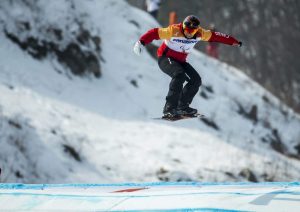 Minard entered the competitive snowboard scene in 2016 competing in the Upper Limb (UL) category in snowboardcross and banked slalom. Right out of the gate on his debut race day he found success with a gold medal at a pair of NorAm races in Big White Ski Resort, BC and won the Canadian National Championship title that same year. He landed on the Canada Para NextGen Team the very next year, defending his Canadian National Championship title, competing at his first of two IPC World Championship races and bolstering his resume with a World Cup bronze medal on the Olympic course in Pyeongchang, Korea, 2017. He was nominated to the Canadian National Para Team where he represented Team Canada at the 2018 Paralympic Winter Games in Pyeongchang achieving two-top 10’s (6th in snowboardcross and 8th in banked slalom). 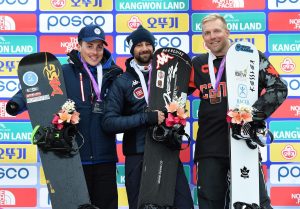 Minard has made the decision to retire from competitive snowboarding although he says it’s “not a goodbye” he will surely be missed as a valuable teammate of the Para National Team.

“Curtis is the athlete to always take another lap in the track after others were finished training.  His eager attitude towards training allowed him to progress from recreational snowboarder to a top level Paralympian in a few seasons.   He had a great relationship with his fellow competitors, and was very respected by them as a racer that could make it through the rounds and onto the podium.  All the best in your future endeavours and thank you for setting a blissing pace everyday!” – Mark Fawcett, Speed Technical Coach

[“It was a path that was never easy and my journey through sport shaped my character.” – Minard] 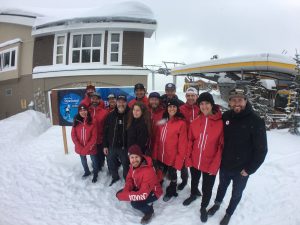 “It took an army of family, friends, specialists, sponsors behind me over the years to shape the outcome and you all have a place in my heart #forevergrateful special thx to my wife who waxed my boards with love each race.” – Minard 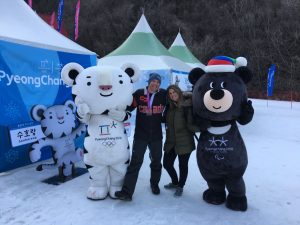 [Celebrating his first World Cup medal, bronze, with his wife Heidi in Pyeongchang, 2017]

“Curt has been an integral member of the para snowboard program for the past number of years and has helped shape the program to where it is today. I first met Curt in the winter of 2016 and it was easily seen even then his grit and determination to progress his snowboarding. Curt was a supportive teammate and fierce competitor – leaving everything he had on the track. I was really blessed to be a small part of the road to Pyeongchang with the para-snowboard team, and will always value the memories we shared and watching the team battle it out on the race course. Thanks for everything you have, and will continue to, contribute to sport and the Paralympic movement. We wish you all the best in your next chapter and always know that you are a valued member of our sport community.” – Kim Krahulec, High Performance Manager for Speed Teams 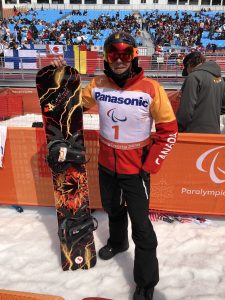 [“Once I started to believe in myself the results were “Limitless”. The word Limitless was put on all my Snowboard’s over the years as a reminder and a word to live by.”- Minard]

A little known pursuit of Minard’s was that he started to write a book on his life’s journey in 2017. He had put a hold on this as his push for Paralympics expectedly demanded more of his time. He has recently expressed interest to revisit this and is on the search to find a ghostwriter. We at Canada Snowboard are sure to grab a copy when it does come available and we wish Curt the best in the creative process and this endeavor. 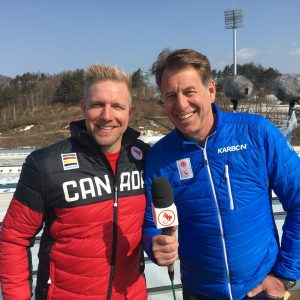 [Minard being interviewed by legendary Scott Russell at CBC]

“Curtis is a great ambassador for parasport, para snowboarding, and the movement towards ensuring Canadian Para Snowboarders as an exemplary of what is possible in snowboarding. Curtis is a first class individual and has been a positive asset to our program and others around him. He will be missed, but undoubtedly successful in his future endeavours. We thank you and wish you all the best Curtis.” – Dustin Heise, Executive Director 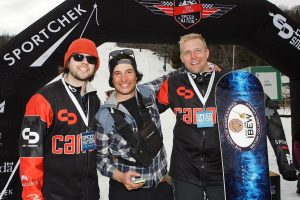 “Sincerely grateful for the family at Canada Snowboard and the opportunity I was given to represent Canada. I grew so much, not only as an athlete but as a person and I couldn’t have accomplished these milestones without the high performance staff support over the years. I wish all of my teammates and the entire Canada Snowboard community nothing but successful moments and to live each and every moment.”

To arrange for an interview or media request on behalf of Curt Minard please contact: