Kingston, October 1, 2021 – Sail Canada honours the life of Jim Plaxton, who passed away peacefully on September 26th in London, Ontario, at the age of 83. 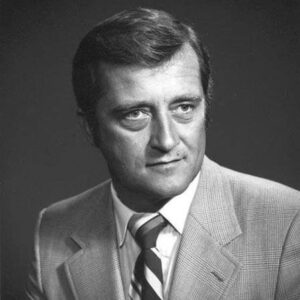 The youngest son of 10 Plaxton children in the Rosedale neighbourhood in Toronto, Jim was a navy man, a pilot, an engineer, a sailor, a scholar as well as a very successful entrepreneur and businessman, and he was highly respected by his peers and business associates.

Jim constantly strove for excellence as a matter of course, not for personal gain or glory.  As an entrepreneur, Jim’s accomplishments included ownership in Great Lakes airlines / Air Ontario, and, subsequent to that, the purchase of C&C Yachts in the early 1980’s.

In the world of competitive offshore racing, Jim, known as “JR” to sailing friends & competitors alike, sailed his “Silver Shadow” yachts (C&C43, C&C41 and C&C44) in the 1980’s to victories in Great Lakes, SORC, NYYC Spring & Fall series races, as well as being a key part of Canada’s victorious 1982 Onion Patch/Bermuda Race team along with Don Green’s “Evergreen” and Bob Heron’s “Amazing Grace”. Jim also represented Canada in the Admirals Cup, in England, in 1981.  Jim’s “Silver Shadow” campaigns were also instrumental in the early days of Doyle Sails with Robbie Doyle being closely involved in sail development and inventory, as his company began to establish itself as a successful global sailmaker.

Jim’s approach to competitive sailing was very much one of team building through inspiration, fairness, and above all great laughter and good times. In doing so, Jim had an immeasurable impact on the lives of many sailors both in Canada and internationally.

Jim is survived by daughters Patty Plaxton (John Sheedy) & Tamsin Plaxton, son James Mark Plaxton (Gillian Plaxton), and grandchildren Callum & Kate Sheedy, Gabrielle Plaxton Collingwood as well as Amanda and Olivia Plaxton.  Jim’s son, James Mark Plaxton, has carried on his father legacy having successfully campaigned his own race programs throughout the Caribbean with consistent podium finishes. Later, in the Melges 32 and 20 one design classes, he again had several Podium finishes including second overall in the US National Championships and a highly-competitive World Championships. Mark thanks his father for being a great example and inspiration.

Details about visitation, words of remembrance and funeral mass, reception, and wake, including full obituary, tribute wall, and flower/donation information is available at https://donohuefuneralhome.ca/tribute/details/10560/James-Plaxton/obituary.html.

About Sail Canada
Established in 1931, Sail Canada is the national governing body for the sport of sailing in the country. Sail Canada is a leading international sailing nation, proud of its world class athletes, lifelong participants and inclusive culture. The organization and its members are committed to excellence by developing and training its leaders, athletes, sailors, instructors, coaches and officials. With the valued support from our partners, the Provincial Sailing Associations and our member clubs, schools, organizations and stakeholders, sailing is promoted in all its forms. By setting standards and delivering programs from home pond to podium for Canadians of all ages and abilities, from dinghies to keelboats, cruising to navigation, windsurfing to powerboating and accessible sailing, Sail Canada sets sail for all, sail to win and sail for life.

A sport in the Olympic program since the first Games in 1896, except in 1904, the pursuit of success in these Games is what fuels the focus of Sail Canada as Canadian athletes have so far achieved nine Olympic and five Paralympic medals.