Canadian Men To Race For Bronze At Track World Championships

View All News
Cycling Canada – Pruszkow, Poland (February 28, 2019) – Team Canada qualified for a medal ride on the first day of competition at the 2019 UCI Track World Championships, taking place from February 27 – March 3 in Pruszkow, Poland. The men’s Team Pursuit squad will race for the bronze medal today, after setting the third fastest time in the first round.

The Canadian men’s team has had an exceptional season leading up to the world championships, breaking the national record multiple times, and becoming only the fifth nation in history to set a time below three minutes and 53 seconds. 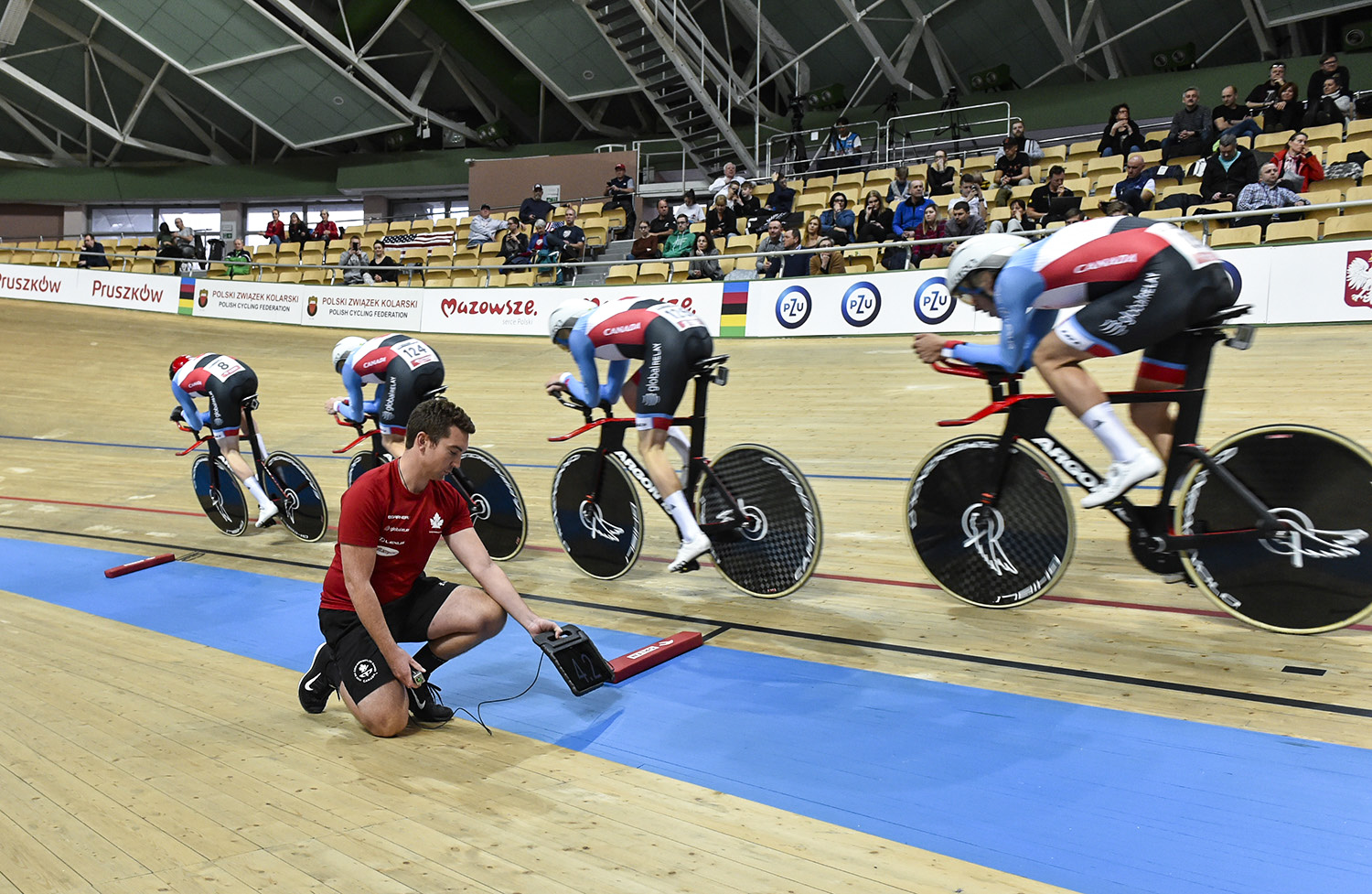 “It’s pretty special,” said Jono Hailstone, Men’s Track Endurance Coach. “If you had asked me before the competition if we could make the bronze medal final, I would have said we might have an outside chance, but to end up qualifying third is beyond expectations. The boys definitely tidied up a few minor things from qualifying and performed better in the next round. The world champs is the big show; it’s the one time every year that every team lines up on the same day with their A Team; this outweighs any World Cups or national records. Denmark is a very aggressive team that goes out hard and fast, so we’ll have to adapt our strategy a bit, but based on what we saw tonight, I think we have a shot at a medal.”

In the women’s Team Pursuit, the Canadian team of Allison Beveridge, Ariane Bonhomme, Annie Foreman-Mackey and Georgia Simmerling set a time of 4:20.650 for fifth place. On Thursday, they will race again, hoping to qualify for the bronze medal final. 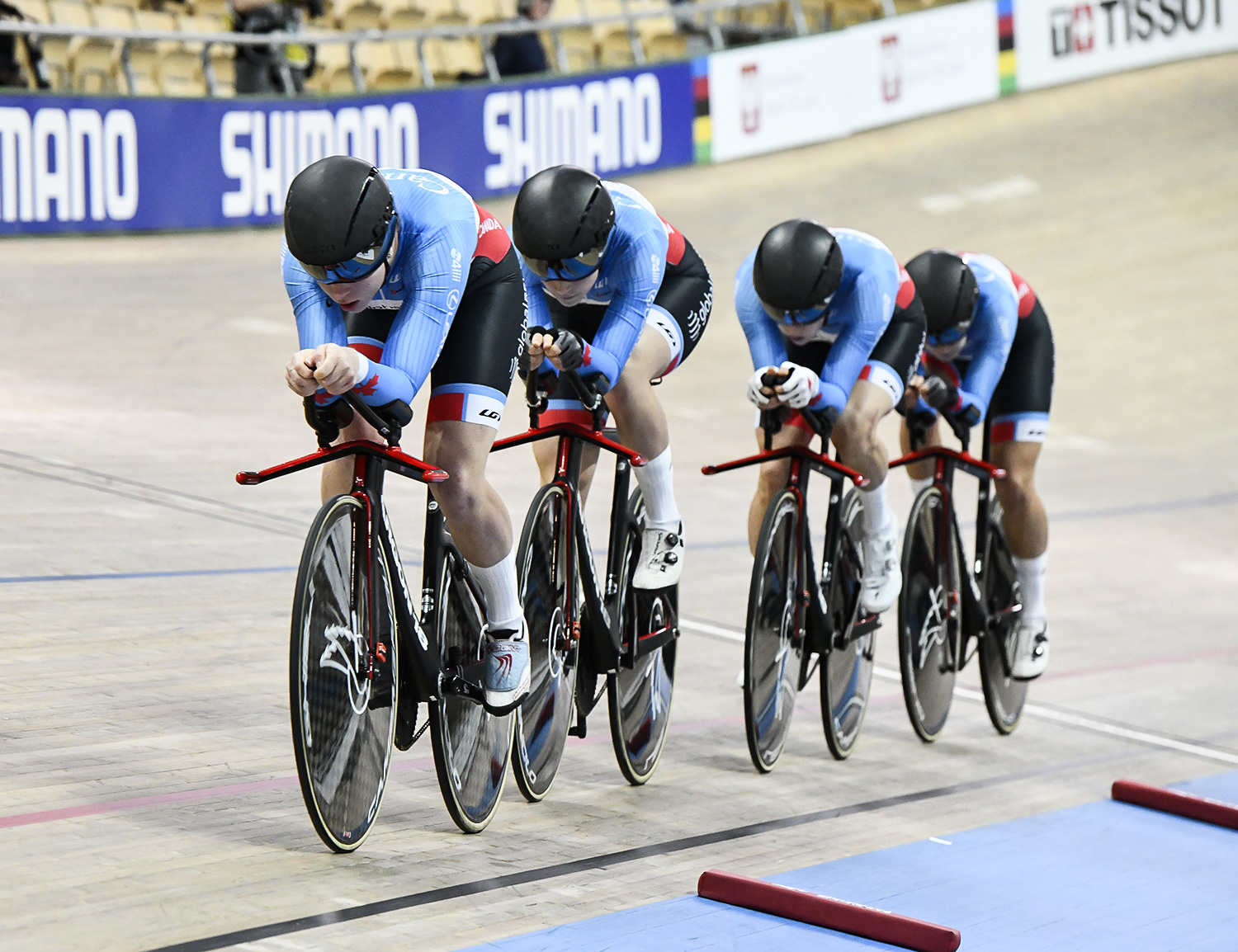 “We’re disappointed with our qualifying ride,” admitted Craig Griffin, Women’s Track Endurance coach. “The girls weren’t able to finish the back half of the race as well as we hoped. However, we’ll be able to reset and put together the ride we’re capable of to get through to the medal round.”