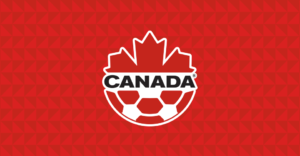 Canada Soccer hosted a virtual Annual Meeting of the Members on 21 November after postponing its planned May 2020 event in Winnipeg, MB due to restrictions related to COVID-19. As part of the proceedings, Canada Soccer Members elected Dr. Nick Bontis as the 35th Canada Soccer President. Canada Soccer also rolled out its Foundation For the Future Annual Report 2019 celebrating more than a decade of success as the organization gets set to host the FIFA World Cup 2026™.

Dr. Bontis’ soccer career spans over 45 years starting as a youth player in Scarborough, ON. He went on to compete at five National Championships and earned provincial and national all-star recognition at the USports level. He is a nationally licensed coach and recent inductee into the Western Mustangs Sports Hall of Fame.

An internationally renowned public speaker, Bontis is a tenured professor at McMaster University where he serves as the Chair, Strategic Management at the DeGroote School of Business. He holds a Ph.D. in Business Administration from Ivey Business School at Western University.

Paul Martin is a creative and management professional who is currently a Canada Soccer A Licence candidate, long-time coach and learning facilitator in Ontario. He is the Head Coach at Canada Soccer National Youth Club Licence holder Pickering Football Club’s OPDL men’s program. Martin is also the founding President and Chair of Black Coaches Canada.

Bob Richardson is a public affairs professional with vast experience at the federal, provincial and municipal levels of government. Richardson has served on the Canada Soccer Board of Directors since 2013. Richardson currently serves as a member of Canada Soccer’s Audit and Finance Committee.

Kelly Brown is a lawyer and corporate secretary with professional experience in corporate affairs, mergers and acquisitions. A former soccer player herself, Brown brings to Canada Soccer extensive board experience.

At the conclusion of the virtual meeting, it was announced that Canada Soccer will host its 2021 Annual Meeting of the Members in Saint John, New Brunswick on 1 May, 2021.