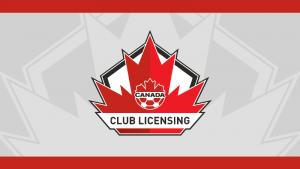 Canada Soccer has announced five new National Youth Club Licence holders in Alberta, British Columbia, and Ontario, as well as ten new Quality Soccer Providers in Manitoba. Since its launch in 2018, more than 110 clubs have received club licences which are valid for a two-year period.

In addition to the recognition from Canada Soccer that the clubs have met the standards set out at each level of the Club Licensing Program, clubs provided the National Youth Club Licence are eligible to participate in their Member Association Player Development Program standards-based leagues.

“Canada Soccer is committed to providing safe, welcoming, and developmentally-appropriate training environments for all participants of the game from coast-to-coast-to-coast,” said Peter Montopoli, Canada Soccer’s General Secretary. “Congratulations to the 15 clubs announced today, and to all 113 member organizations that are prioritizing inclusivity, fun, and development as key tenants to the soccer experience they provide for their participants.”

With the re-developed CanadaSoccer.com, Canadians have the ability to find all Canada Soccer Club Licensing Program holders via the club discovery tool at www.canadasoccer.com/play. The tool allows visitors to sort clubs by location and Club Licence level, as well, as providing details on each club in the program including their club address and website URL.

More information on the Canada Soccer Club Licensing Program can be found at https://www.canadasoccer.com/play-landing/club-licensing-program/