Each student-athlete will receive a $1,500 bursary to support their educational pursuits

Since being established in 1992, the Peter Williamson Memorial Bursary has supported the educational pursuits of over 70 national team athletes, many of whom have gone on to represent Canada on the World Cup circuit and at the Olympic Games. This prestigious award is named in honour of the late Peter Williamson (1946-1991), a 1968 Olympian who held coaching and technical roles for both the Manitoba Speed Skating Association and the Canadian Amateur Speed Skating Association, who believed sport and education could be combined to truly stimulate success in each other.

Each year, dozens of student-athletes are evaluated on their combination of athletic and scholastic achievements; commitment to balancing training and schoolwork; ability to communicate well with coaches, teammates and classmates; and ability to demonstrate leadership qualities both on and off the ice. An up-and-coming short track skater and a long track veteran, both with ambitious educational goals, rose to the top of this year’s crop of applicants. 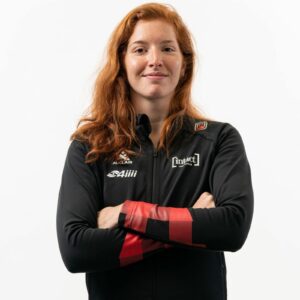 Camille de Serres-Rainville (Montreal, Que.) is currently enrolled at the University of Quebec in Montreal (UQAM) where she is working towards a Bachelor of Science in Physical Activity Intervention, with a Kinesiology profile. While she remains undecided on her future career and educational path, she is considering enrolling in graduate studies in Physiotherapy or pursuing further education in the field of law after receiving her undergraduate degree.

The 26-year old reached the podium twice in the 1500m during the most recent Canadian Short Track Championships, which helped her finish the competition fifth overall and earn a spot on this year’s World Cup team. The Montreal native will look to earn her spot on the Canadian Olympic team for Beijing 2022 with her performances overseas this fall. 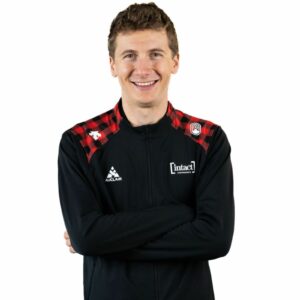 Connor Howe (Canmore, Alta.) is currently in his fourth year of studies at the University of Calgary, where he is working towards a Bachelor of Science, with a major in Mathematics. After completing his undergraduate degree, he is planning to pursue graduate studies and a career in mathematics, business or education. Howe was also recipient of the Peter Williamson Memorial Bursary in 2019.

The Olympic Oval based skater was recently crowned Canadian champion in the 1500m. Last season, the 21-year old helped Canada earn three Team Pursuit medals in Heerenveen, include silver at the World Championships. He was also Canada’s top ranked skater in both the 1500m and 1000m at those same World Championships, placing sixth and tenth, respectively. The Canmore native will once again participate on the World Cup circuit this season and remains in contention to make his Olympic debut in Beijing this winter.