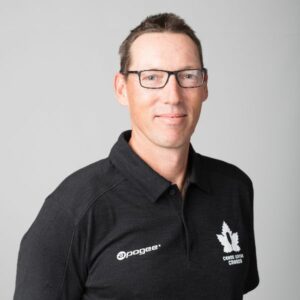 Canoe Kayak Canada (CKC) is thrilled to announce the return of world-class coach Andreas Dittmer to lead Canada’s canoe sprint program towards Paris 2024 and beyond.

Dittmer coached the Canadian men’s sprint canoe team for over two years before returning to his home country to coach the German men’s canoe team in fall 2020.

During his career as an athlete, Dittmer dominated sprint canoeing by winning five medals at the Olympic Games, including gold in C-2 1000m, C-1 1000m and C-1 500m, and accomplishment unmatched in the history of the sport. He is also an 8-time World Champion and won a total of 22 medals at the World Championship between 1991 and 2004.

In his previous role as Men’s Canoe coach in Canada, Dittmer led the team to a successful qualification for the Olympic Games in C-2 1000m, including the setting of a Canadian record in the C-2 1000m at the World Championships in 2019. During his stint with the German team during the 2021 season, Dittmer coached athletes to a Bronze Medal in Tokyo in Men’s C-2 1000m, as well and Senior World Championships Titles in C-1 1000m.

“We are very excited to have Andreas rejoin our program in this new role leading the Canoe program. He is a leader whose experience and impactful coaching helps our entire team elevate their training, while bringing a love and passion for the sport that is equally inspiring,” said Ian Mortimer, Canoe Kayak Canada Chief Technical Officer.

While Dittmer will contibute to program training for our athletes in the fall, he will officially join the team on January 1, 2022 and work closely with CKC Head Coach Anders Gustafsson and the entire canoe kayak sprint coaching team in the lead up to Paris 2024.