View All News
Cycling Canada – Saint-Georges, QC (June 30, 2019) – Junior and Elite athletes were treated to perfect weather conditions on the final day of the road race competitions at the 2019 Canadian Road Championships, which saw titles awarded in the Junior women, U23 men and Elite men categories.

Athletes competed on the same course as Saturday, which took riders from Saint-Georges to Saint-Odilon, where they completed 1 to 8 loops of a steep 15 kilometre circuit, before coming back to the finish line. Junior women completed a distance of 78.1 kilometres while the Elite men raced for over four and a half hours and completed 186.2 kilometres. 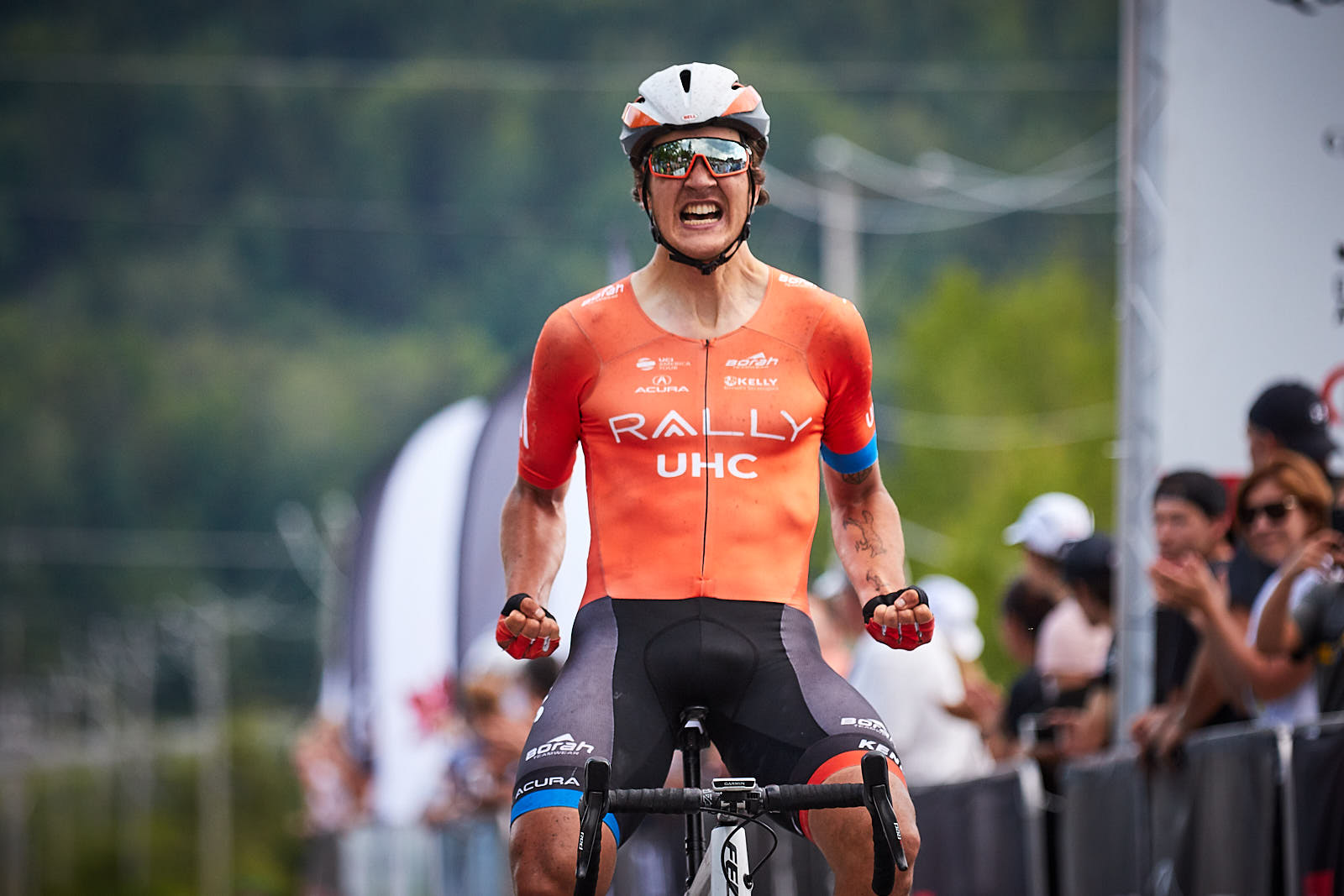 Although the defending champion Antoine Duchesne (Groupama FDJ) was unable to compete due to an injury, the depth of field was impressive, with several riders from Israel Cycling Academy, Rally UHC Cycling and Floyd’s Pro Cycling taking the start line. James Piccoli (Elevate-KHS Pro Cycling) was the first to attack after the first 50 kilometres, with a group of 27 riders breaking away from the pack to chase after him. Many riders were dropped as the race unfolded and Piccoli was caught with 10 kilometres to go by the five remaining athletes in the chase group – Adam de Vos (Rally UHC Cycling), Nigel Ellsay (Rally UHC Cycling), Alexis Cartier (Velo 2000/Rhino Rack), Jay Lamoureux (Toronto Velodrome Club) and Nickolas Zukowsky (Floyd’s Pro Cycling). In the final few kilometres, Ellsay attacked but de Vos managed to catch up to him and sprint to victory, winning his first Canadian title. Zukowsky came in third and won the U23 men’s title by a nine minute margin. 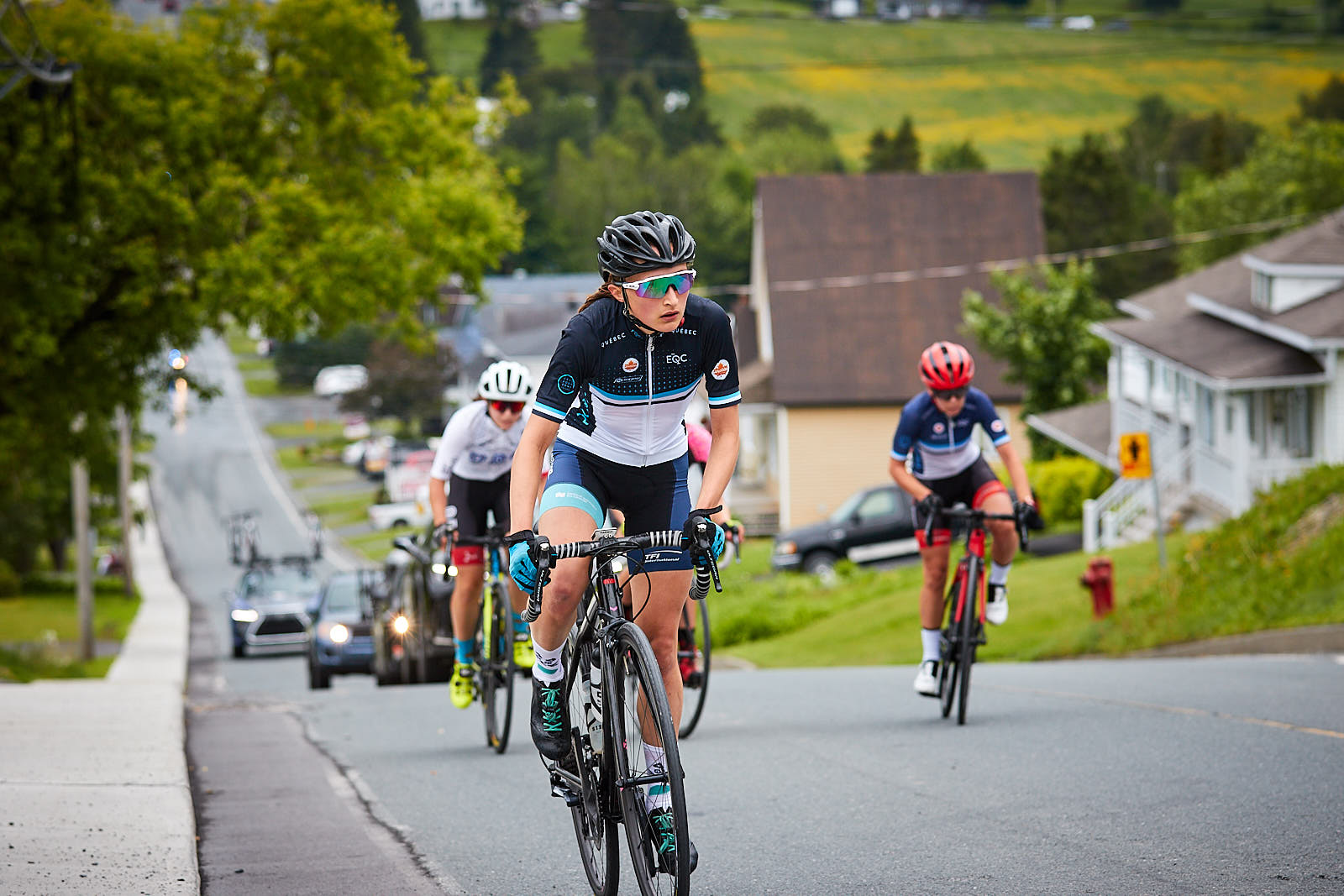 In the Junior women’s race, Magdeleine Vallières-Mill (Équipe du Québec) dominated from the very start, breaking away from the pack in the first kilometres along with four other riders. She eventually distanced herself from the lead group and finished more than 3 minutes ahead of silver and bronze medallists Laury Milette (Ottawa Bicycle Club) and Camille Primeau (Équipe du Québec).

Quotes
Junior Women, Magdeleine Vallières-Mill: “We started accelerating after the first 10 kilometers and we worked really well together which allowed us to get ahead of the pack and we managed to keep that gap until the end. I’m really happy to have won both races and I feel honored to be able to wear the Canadian champion jersey for the rest of the season!”

U23 Men, Nickolas Zukowsky: “It’s a super hard course even though it wasn’t necessarily as selective as last year. We started riding harder once we got off the circuit and I felt pretty good but I started to cramp up when Nigel attacked, so I couldn’t follow him and then he was gone. It definitely helps when you’ve got family and friends cheering you on, it gives you a little bit of extra motivation.”

Adam de Vos, Elite Men: “Nigel [Ellsay] got away with about 10 kilometres to go so I stayed with Zukowsky and Alexis [Cartier] for a while. At 3 kilometres to go, I attacked in the same spot that I attacked at Tour de Beauce and I made it up to Nigel in the last turn and just rode as hard as I could. I’ve always wanted to represent Canada in the custom kit that national champions get to wear and I’m so excited to race all over the world and represent Canada and Rally UHC.”