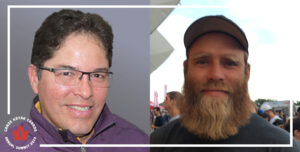 OTTAWA, ONTARIO (November 23, 2020) — Canoe Kayak Canada is pleased to announce the 2020 recipients of the Club Development award and Coach Developer award. These awards were presented at the CKC Annual Summit held virtually on Saturday, November 21.

CKC Club Development Award
The Club Development Award is presented to a coach, club leader or volunteer who has clearly demonstrated his or her abilities at developing a club or the sport through grassroots programs such as creating a new club or program or promoting the sport through the club. Hector Carranco, of the Rideau Canoe Club (RCC), has been a dedicated volunteer and staff member of the RCC for over 17 years. Hector’s efforts over the recent years have led to many significant achievements for the club that include major infrastructure improvements, new program development and expansion, and human resources management. All of these things have combined to raise the coaching and training quality at RCC to the highest level. The success of the club’s athletes over the last few years is a direct result of all of these efforts coming together.

“The impact that Hector has had on the Rideau Canoe Club has been absolutely remarkable,” said nominator, Tom Hoferek. “Since his daughters began paddling in 2003, Hector has time and again demonstrated a commitment to the club and the sport that is seldom seen anywhere. He is one of those special people whose impact and influence will be felt for many years to come.”

Hector leads by example by continually taking every opportunity to learn, seeking out ways to improve the club by attending workshops, webinars and training related to athlete development, coach development, organizational development, safe sport and bring that knowledge and best practices to the club.

Under Hector’s leadership as commodore, the club began its PaddleAll program in 2010. It continues to be an integral part of the RCC fabric.

The Coach Developer Award is presented to a coach who contributes to the training of new Canoe Kayak coaches outside of, or in addition to their regular coaching duties. Trevor L’Heureux of Eau Vive Verdun and Kayak Valleyfield, is a true paddling pioneer, generously donating his time to the sport he loves – and it shows.

“As a sport parent, I have seen many coaches over the last decade, but never have witnessed someone as true and passionate for a sport, as honest and caring as Trevor is,” said nominator, Natalie Franko.  “Trevor taught our son the techniques of paddling and the interpretation of different water/river aspects, but he also teaches him about the history of kayaking, telling stories and facts about the rivers and waters where they paddle.  Every lesson our son returns more passionate about kayaking then before.  Not only has Trevor successfully transmitted his passion and respect for the sport and nature, but he has done so with security and safety at the very core of each lesson.”
Trevor is an active member of the National Freestyle Committee and has been very involved in developing new coaches and instructors in the province of Quebec as well as leading the development of a Freestyle NCCP evaluation guide. In addition, Trevor is an ICF certified Freestyle Official and runs official training clinics.
Along with starting a new club (Eau Vive Verdun), Trevor developed and implemented free programming, adult courses and coached a small team of next generation freestyle paddlers.

Congratulations to our recipients of the 2020 CKC Excellence Award