Skip to main content
Home Powered by the People: the Magic of Crowdfunding in Sport

Powered by the People: the Magic of Crowdfunding in Sport

November 28, 2018
by Samantha Rogers
View All Blogs and Articles 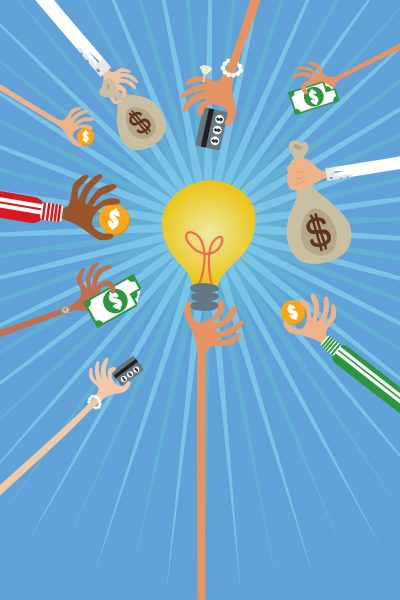 Funding for sport is changing and government support is increasingly more difficult to obtain, but the money is out there – it just needs to be found. A relatively new fund development tool is crowdfunding. Think about it, a crowdfunding campaign is similar to sport – it’s time sensitive, there’s a very clear goal, it’s competitive, and best done together. Whether it’s at the national level for travel to represent our country, at the educational level to pay for training camps, or at the grassroots level to afford extra equipment, crowdfunding has a great return on investment.

Crowdfunding as a fund development tool leverages the passion of a community.  In all areas of giving, it is important to connect supporters to the individual. Who specifically is being helped? Why do they need the money? And, most important, where will the donor’s money go? Crowdfunding provides the perfect platform to answer these questions – it is direct, it is personal, and the outcome of the campaign is clear.

The benefit of crowdfunding is that it can be implemented within all levels of sport, tweaking strategies to appeal to specific target audiences. When an organization leverages this tool as part of their fund development strategy, it has the power to transform the philanthropic conversation within its community of supporters.

As an RCAAA (Registered Canadian Amateur Athletic Association), most federations and other sport organizations are able to provide tax receipts for donations. This is a great resource to kick start crowdfunding initiatives. Beyond crisis fundraising (e.g. for athletes who’ve lost funding), sport federations can use crowdfunding as a strategic tool to raise funds to support annual operations –kick starting grassroots programming or ensuring athletes have everything it takes to make it to the podium. Rowing Canada Aviron supported NextGen athletes to chase their Olympic dreams by crowdfunding through the #RCANextGen campaign, which has raised over $100,000 in two years to directly reduce athlete assessment fees. This campaign united the Canadian rowing community to support the up and coming athletes that they care so deeply about, and contribute to securing the future of the sport while also positioning the organization philanthropically.

Crowdfunding can also be an effective strategy for university and college athletic departments. Crowdfunding is well-suited for athletes, requiring little more than an honest, clear-cut emotional appeal with a very specific goal – no postage fees, printing costs, or special gimmicks. Involving student-athletes in driving a crowdfunding campaign allows them to take ownership over a project that is often very specific to their team needs – nationals, training camps, or new equipment – and when done right, can exceed their goals (for example, see this campaign from McGill University).

Crowdfunding is a powerful tool to rally the community around a cause, and provides an opportunity for them to support wonderful initiatives in their own backyard.

Take Kory-Antony Roy-Lagacé, a 15-year-old boy who suffers from a serious and rare disease that attacks his immune system. A talented hockey goalie for the Bantam BB Bleu et Or in Québec, his symptoms often prevent him from attending school, hockey practices and games. Enter crowdfunding. With the help of a local family foundation, Kory’s friends and family were able to set up a crowdfunding campaign to raise money for a hyperbaric chamber that helps to manage his pain and energy and allows him to participate regularly in his school and hockey activities for several months consecutively. With the support of a few great individuals who were driven to lead this campaign, they raised $10,000 in ten days. A quick peek at the donor list and you’ll see other local foundations that support sport-related initiatives backed the campaign. The goal and need were clear, the communication strategy was put in place, and the leaders ran with it.

Crowdfunding campaigns can be broken down into three sections:

1. Silent Phase – In the silent phase, potential projects are being vetted, priorities confirmed, team leaders identified, strategies developed, and leadership gifts (if possible) secured. Use this time to select a platform (e.g. Fundrazr) that suits your needs and keep in mind that fees are typically tied to funds raised, so the risk is fairly low.

2. Activation Phase – The activation is go time. Solicit the identified audience, activate strategies, and sustain momentum with updates, monitor goals, and build up to a big finish!

3. Post-Campaign Phase – This is actually the most important part of the campaign. Why? Because typically crowdfunding brings in new donors and retaining donors is a lot easier (and cheaper) than acquiring new ones. So thank them, and even more importantly report back on the impact the project had

Best practices to keep in mind:

Remember, there are always going to be causes to support – each year the number of charities and groups of individuals looking for donations grows. So how will you stand out and ensure you reach your goal? The key to success is to get your house in order before you jump in because it is very hard to recover once your campaign has lost steam. It happens all too often with groups who incorrectly assume that you can just put up a campaign and it takes care of itself, so remember – you get out of it EXACTLY what you put into it.