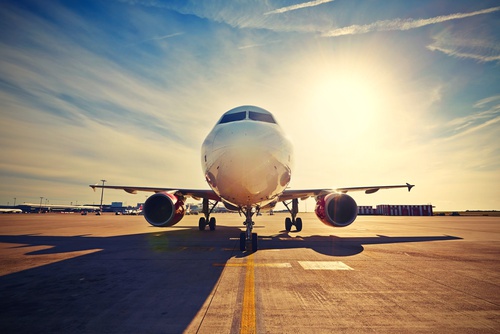 Athletes are travelling more than ever, flying across the world for competition and training. Even competing in the same country can require travelling through multiple time zones. At a time when athletes want to be in peak form, jet lag can interfere with mood and performance. Understanding of the body’s natural clock, however, can help us plan for and manage jet lag symptoms.

Jet Lag vs. Travel Fatigue
Jet lag must be differentiated from travel fatigue. Travel fatigue is the fatigue and dehydration associated with travelling that can be fairly quickly improved with rest and rehydration upon arrival. It can also represent an accumulation of physiological and psychological weariness from travels during a season that lead to loss of motivation, continual fatigue, and/or frequent illness. Jet lag, in contrast, occurs when changing time zones, and the symptoms are a result of a desynchronization of the body’s internal clock (circadian rhythms) and the new local time. The direction of travel (east vs. west), as well as the number of time zones traversed, influence the circadian mismatch. Common symptoms are gastrointestinal and sleep disturbances, decreased concentration, and loss of appetite, and usually disappear once the body adapts to the new time zone.

The Body’s Internal Clock
One of the big players that governs your daily sleep-wake cycle is the hormone melatonin. Melatonin is secreted in the brain at night, prompting lower levels of alertness and a greater desire to sleep. Because light suppresses melatonin production, by manipulating exposure to light, we can shift circadian rhythms to better match the new time zone.

The body’s core temperature also follows a cycle, peaking in the late afternoon or early evening. The lowest point is in the early morning, usually two hours before regular waking time in the home time zone. This low point, called the circadian nadir, also corresponds to the time when it is the hardest to stay awake, or the easiest to stay asleep.

Based on those principles, this table (Table III. on page 3) outlines when the best and worst times for light exposure are when trying to adapt to a new time zone, depending on the direction of travel and the number of time zones crossed. Travelling west requires a phase shift later, whereas travelling east causes the circadian phase to shift earlier.

There are other strategies to reduce the symptoms of jet lag and promote the fastest adaptation to local time:

The most effective strategies to accelerate adaptation to a new time zone involve deliberate light exposure and avoidance. Use of melatonin supplements are also an option, but should be used under the direction of a sports medicine professional.