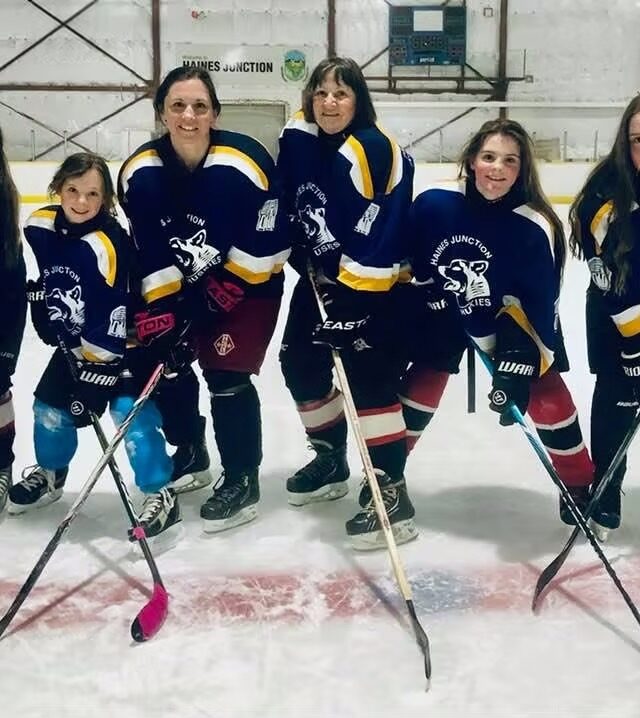 I turned 40 years old when I moved to the small mountain village of Haines Junction, Yukon. The place we were renting just outside of the village had a creek in front of it that we skated on with our two young sons. After playing shinny hockey with them I decided to try the real thing. Encouraged by my husband and wearing second-hand gear I started to play with him in an OldTimers Hockey League. 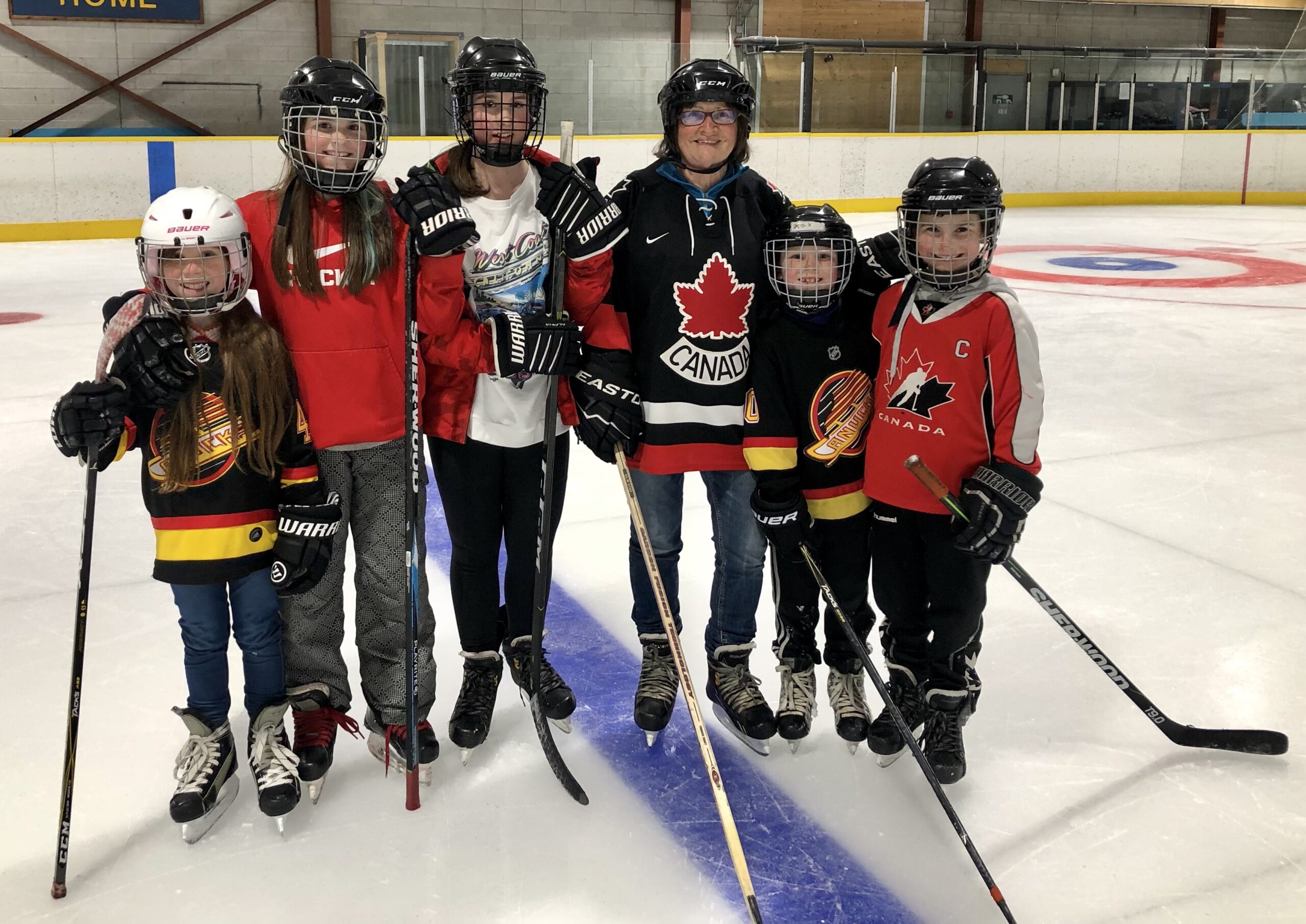 I also started a one-day family tourney between Christmas & New Years so returning students from universities & college (by now including my own sons & their girlfriends) had a venue to have some hockey fun when they were home for Christmas Break. This tradition, as well as an Annual Female Hockey Jamboree in the late winter, continue to today! Over 25 years of hockey fun!

I am still playing & organizing Female Hockey in our village. I just turned 74 years old & am so delighted to be playing with both my daughters-in-law and my 3 granddaughters. As well I have a standing date after school at public skate to play shinny hockey with my two 8-year-old grandsons and their friends. I hope to have many more years of hockey fun with them all 🙂