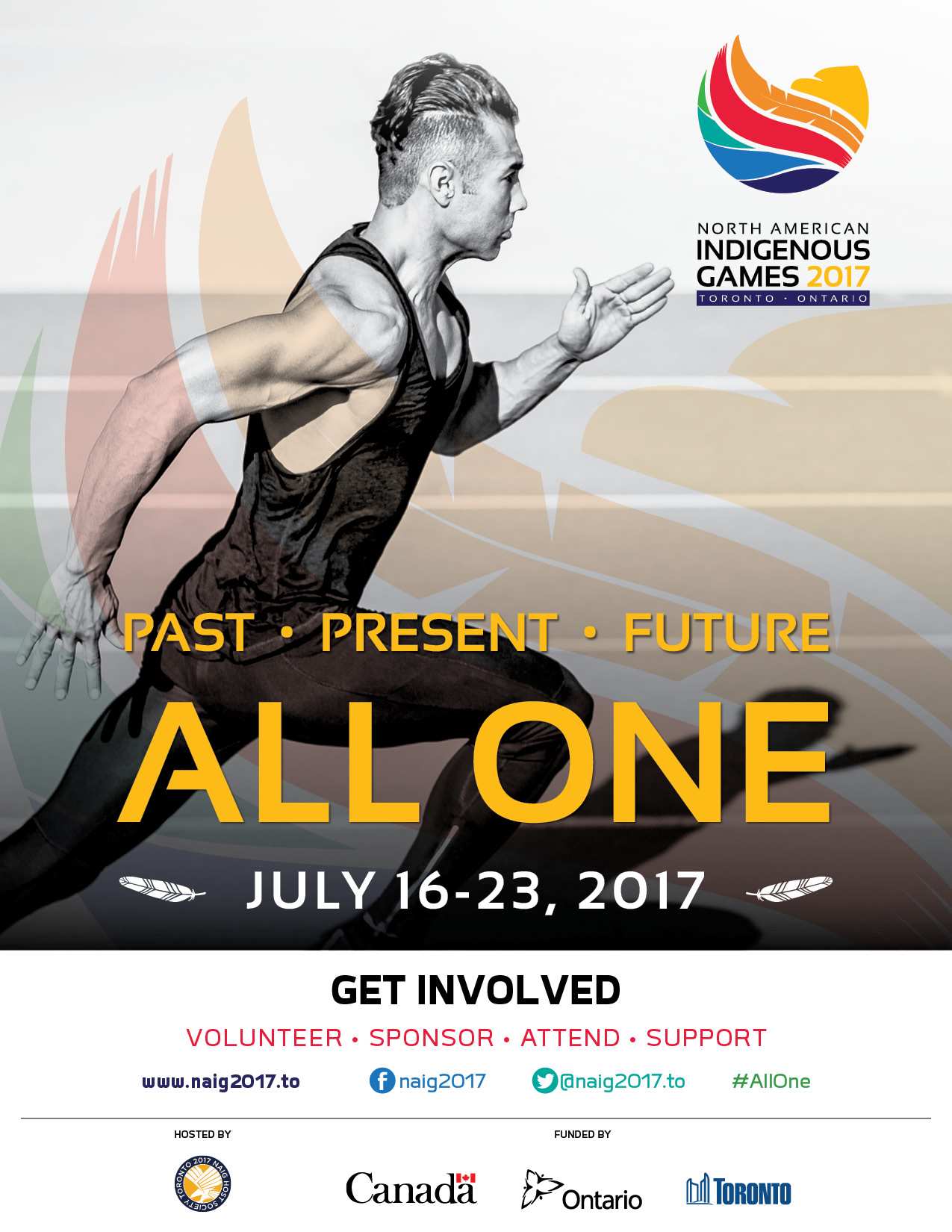 The 2017 North American Indigenous Games (NAIG) will be hosted by Toronto from July 16-23, with venues across the Greater Toronto Area. This will be the 10th NAIG to be staged, the first having taken place in 1990. Travelling from across Canada and the United States, over 5000 Indigenous athletes aged 13-19 will compete in 14 sports (3-D archery, athletics, badminton, baseball, basketball, canoe/kayak, golf, lacrosse, rifle shooting, soccer, softball, swimming, wrestling, volleyball). Not only are the sporting competitions an opportunity for Indigenous youth to compete and display their athletic prowess, but the ongoing cultural events of the NAIG provide a way for participants, spectators, and volunteers to showcase and celebrate their heritage.

#Team88 and the Social Impact of the NAIG

“We call upon all levels of government to take action to ensure long-term Aboriginal athlete development and growth, and continued support for the NAIG, including funding to host the games and for provincial and territorial team preparation and travel”

The 2017 NAIG introduced #team88 to highlight the benefits and the impact sport and wellness have on Indigenous communities, as well as the importance of sport in the goal of reconciliation. It is also a way to bring attention to all 94 of the Truth and Reconciliation Commission of Canada’s Calls to Action.

Through surveys, interviews, and focus groups after the 2014 NAIG, Praxis Consulting evaluated the social impact of the event. Their findings emphasize the positive influence the NAIG have on all those who are involved, and support Call to Action #88 in showing the importance of continuing the funding and organization of the NAIG:

The theme of the 2017 NAIG is “Past, Present, Future. All One.” The aim is to celebrate the heritage (past), unity (present) and youth (future) as people and communities from all over North America converge to unite through sport.

Although athletes must have North American Indigenous ancestry to compete, there are many ways for all people to get involved and participate as spectators, volunteers, and sponsors. The Cultural Festival, running from July 17-22, will feature Indigenous music, art, cuisine, and artisans, and is another opportunity to experience the rich culture and heritage.

About the Author: Lily is a fourth-year student in the kinesiology program at Western University, currently interning with SIRC. With a background in synchronized swimming, she continues to be actively involved in the sport as a coach and varsity athlete.