April 6, 2022
by Rose Mercier, The Governance Coach
View All Blogs and Articles 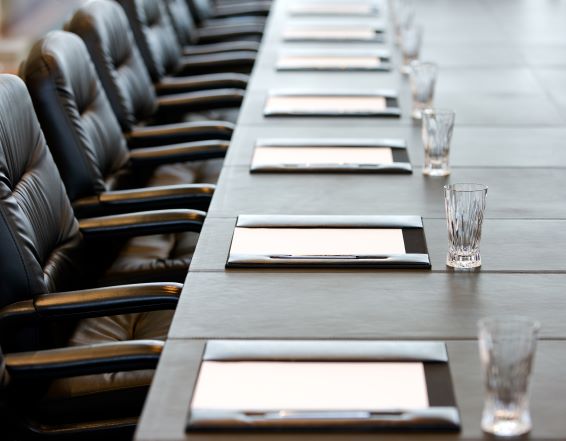 This is the fourth blog post in a series designed to increase sport organizations’ capacity to govern well in an increasingly complex world. Check out the previous posts about the role of the board, strategic foresight and the keys to gold medal governance.

In the first blog that I wrote for the Gold Medal Governance series, I identified the need for a board to steward the organization on behalf of those who grant it the authority to govern. In the second blog, I quoted Robert Greenleaf who bluntly asserted that “without foresight a board cannot govern.”

Some readers of this blog will recognize Greenleaf as the person attributed with introducing “servant leadership” into the present day and applying his ideas during his 38-year career at AT&T. He also wrote and spoke about how attitudes and philosophies that promote such leadership can positively affect all interpersonal endeavours.

In light of SIRC’s inclusive and respectful communications, I’ll use the terms steward leadership and steward-leader as synonyms for Greenleaf’s original terms in this blog. Here, I explore why sport organization boards need to follow the path of steward leadership. According to Greenleaf (2016), a steward-leader is one who wants to make a difference and accepts the opportunity to participate in leadership but remains a steward first.

To govern effectively, the board must be steward first. It must engage with its members and stakeholders and understand their values and priorities. This is the board’s primary relationship. Only then, can a board lead. It must become more knowledgeable about what’s important to those it serves. In doing so, the board can provide vision and direction and know what must be protected along the way to accomplishing this vision. Steward leadership calls on the board to enable staff to apply their expertise, exercise creativity and grow as persons.

What does a steward-leader board do? 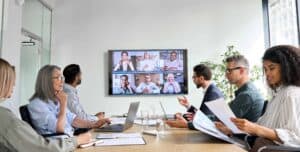 A steward-leader board understands that it holds the association in trust for a finite time only, but that its present-day decisions will have long-term effects. A board might wisely adopt the Indigenous worldview that today’s actions and decisions will live through 7 generations.

Rather than focusing on how it can solve current problems, the steward-leader board listens. In a meeting, board members proactively consider the full range of board members’ perspectives, rather than trying to convince each other that their opinion is the right one. The steward-leader board doesn’t stop listening at the end of a board meeting. Listening to each other is only the board’s first step in developing its understanding of perspectives and values related to an issue.

The issues facing national and provincial and territorial sport organizations today are complex and complicated. A board needs to engage in dialogue, listen to its full spectrum of stakeholders, and be patient enough to transform its understanding of issues such as Safe Sport, diversity and inclusion, mental health and wise and ethical use of resources.

Listening leads to greater awareness, necessary for the steward-leader board to conceptualize a future that’s more than a simple and idealized extension of today’s realities. Shaping an inspiring future also depends on developing foresight, another essential trait of steward-leader boards.

Greenleaf was strident about the steward-leader board’s need to develop an intuition based on lessons from the past, the realities of present day, and an informed view of the possible futures (Moore, 2020). He saw the failure of leadership to develop foresight as an ethical failure. If a board doesn’t develop the ability to make decisions in the present that are sensitive enough to survive a changing context and lead to a desirable future (in other words, foresight), then the board isn’t leading, only reacting.

Functioning as a steward-leader board 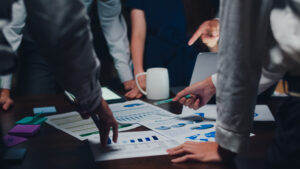 The steward-leader board is most effective when functioning as a team of equals. The importance of teamwork is easily appreciated in sport. To be an effective board requires individual board members to recognize they’ve no authority independent of the single voice of the board; their authority exists only as a group. This applies to the board chair who “is not the board’s boss, but rather the board’s [steward] – a special [steward] given certain limited authority over the governance process and responsible to the board for how it is used” (Carver, 2010).

Greenleaf described the board chair as “first among equals.” The chair is a steward-leader to the board, drawing out individual board members, building trust, steering the board away from individual agendas and holding the board accountable for acting consistently with the ways in which it has agreed to act (Keith, 2017). The chair serves the board, helping the board do its job, a function that’s incompatible with the chair being the CEO.

If a board wants to develop its capacity as steward-leader, a way to do this is to develop a board consistent with this orientation. Many postings for boards of directors circulated by SIRC that I have read already identify many of the characteristics that contribute to the effective steward-leader board team. For example, different backgrounds and fields of expertise, diversity of ethnicity, gender, location or age, and a passion for the mission and values of the organization. 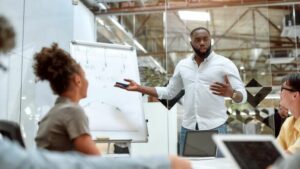 Boards also want to recruit members who understand that governance is a collective enterprise. Board members need to understand that being part of a collective enterprise requires a commitment to being part of a steward-leader team. Individuals accustomed to making independent and quick decisions may not be a good fit. That said, someone willing to be a team player can also be sufficiently independent in their thinking and have the moral courage to speak up when necessary.

The work of listening, conceptualizing and developing foresight calls for individuals who can also think in systems, are sufficiently patient with the ambiguity in complex, organization-wide issues, and appreciate that the role of governing is distinct from the role of managing. Boards shouldn’t downplay the time required. Holding the organization in trust is a serious responsibility and anyone contemplating serving on a board should know if it requires a major time commitment.

I can imagine Robert Greenleaf looking at Canadian sport and observing that boards must look beyond simply performing duties. Instead, boards must provide true leadership. They must define where the organization needs to go, whom to serve and how the lives of those served, including the Canadian public, will be better because the organization exists. A steward-leader board can realize this possibility.

“They [people] trust you because you are serving selflessly as the leader, not self-serving….”

Colin Powell, 65th U.S. Secretary of State (the first African-American appointed to that high-ranking position) and Chair of the Joint Chiefs of Staff (1989 to 1993)

Rose Mercier, MBA, GSP, has worked exclusively for the past 12 years as a senior consultant with The Governance Coach on supporting not-for-profit, public agency and corporate boards to achieve governance excellence in Canada and the United States. Rose worked in the Canadian sport system for more than 20 years in program management, chief executive and system leadership roles. Her extensive involvement in Canadian sport continued through consulting engagements with more than 60 national and provincial sport bodies. She’s a founding mother of Canadian Women & Sport. Rose can be contacted via email at rose@governancecoach.com.