Putting “Inclusion” into Practice for our LGBTQI2S Community

May 17, 2019
by Aaron Bruce, Canada Games Council
View All Blogs and Articles 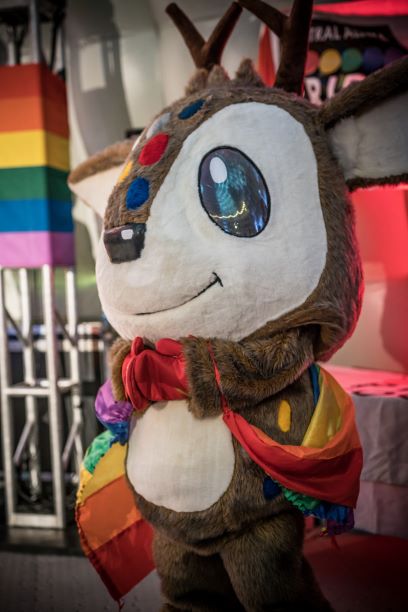 Like many sport organizations across Canada, the Canada Games Council (CGC) has recognized inclusion as a core value within its strategic plan, but what does that really mean in practice? For the CGC, inclusion includes policies, procedures and programs focused on opportunities for:

In recognition of International Day Against Homophobia, Transphobia and Biphobia, this blog will focus on the CGC’s work in the inclusion of LGBTQI2S individuals into the Canada Games movement.

In a 2011 survey report from Egale Canada, 29% of Canadian high school students identified as lesbian, gay, bisexual, queer, trans, two-spirit or questioning. Since 2017, the CGC has taken several concrete steps to educate, promote and provide programming for internal and external stakeholders who identify as members of the LGBTQI2S community.

Educating Canada Games stakeholders has been multi-faceted including the CGC Board of Directors, staff and volunteer committees. Moving toward future Canada Games, plans are being put in place to include education on LGBTQI2S inclusion for Host Societies and provincial/yerritorial teams.

Education has taken the form of webinars, documents and workshops. Specifically, the CGC staff have taken the Respect in the Workplace training offered through the Respect Group and the Leading the Way – LGBTQI2S Inclusion in Sport workshop offered by the Canadian Association for the Advancement of Women andSport and Physical Activity (CAAWS).

It was important for the Canada Games to not only develop policies, procedures and programming around inclusion, but also to promote itself as an inclusive movement so that all individuals, regardless of gender expression, sexual orientation, religious belief or non belief, or race, know that they are welcome at the Canada Games. Promotion included media outreach and signage onsite at the 2019 Canada Games.

In December 2018 the CGC announced the approval of a gender inclusion policy that allowed for athletes to compete in the Canada Games in events for the gender with which they identify. The announcement of this policy was pitched to The Canadian Press and subsequently picked up by the CBC for a national story it published during the 2019 Canada Winter Games, among other outlets, providing exposure of the policy to millions of Canadians. 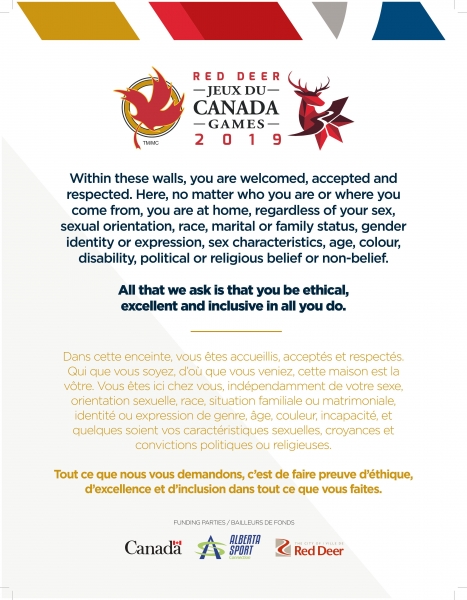 The third element of activating the Canada Games value of inclusion was to put it into action through programs that reached internal and external stakeholders. In this area, the CGC relied on the work of the  2019 Canada Games Host Society to plan and implement LGBTQI2S programming at the Games. This came in the form of Pride days hosted during week 1 and week 2 of the Games.

As the CGC looks forward to future Canada Games it continues to explore opportunities for further education, promotion and programming that activates the inclusion value to which the CGC is committed.

CAAWS Leading the Way: Working with LGBTQ Athletes and Coaches

Aaron Bruce is the VP, Sport with the Canada Games Council. A cis-gender straight male, Aaron strives to be an ally to the LGBTQI2S community and ensure that the Canada Games is a safe and welcoming environment for all Canadians regardless of age, race, religious belief or non-belief, sexual orientation or gender expression.