December 7, 2022
by Jake Quinton and Kyle Rich
View All Blogs and Articles 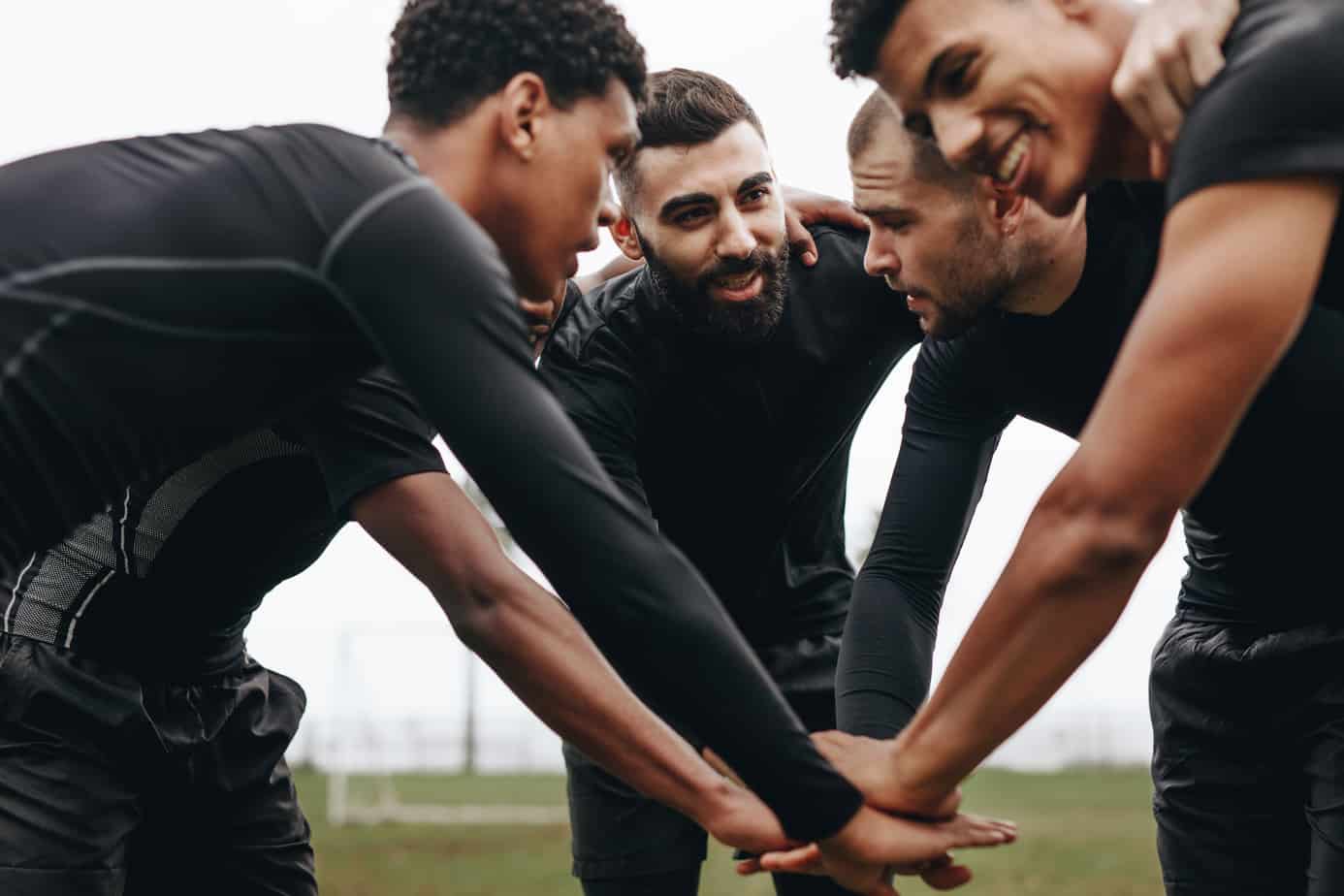 Sport participation has many benefits for one’s well-being. However, sport is not always a welcoming environment for LGBTQ+ people. Research consistently demonstrates that homophobia can be pervasive in sport contexts like gyms, arenas, and locker rooms (Anderson, 2017; Cleland, 2018; Frederick et al., 2022; Hartmann-Tews et al., 2021).

In August of 2022, the federal government released a National 2SLGBTQI+ action plan, which highlights the role of community organizations as well as concerted efforts to “advance 2SLGBTQI+ priorities across federal government organizations” (2SLGBTQI+ stands for Two-Spirit, Lesbian, Gay, Bisexual, Transgender, Queer, Intersex, plus people who identify as part of gender and sexually diverse communities). Therefore, we can expect increased attention, resources, and policy initiatives intended to enhance inclusive environments in sport organizations.

There have been notable advances in fostering inclusive sport environments, like the recent proliferation of LGBTQ+ sport leagues, and existing community sport organizations who are identifying themselves as inclusive spaces for participation. These advances are also the focus of programs like the Sport Canada Innovation Initiative. However, despite this recent attention, most research remains focused on homophobia in sports.

In this blog, we discuss our research, in which we interviewed 9 gay men between the ages of 30 and 45 to examine their experiences in organized sports, how they navigate stressors, and ultimately how they derive well-being from sport participation. 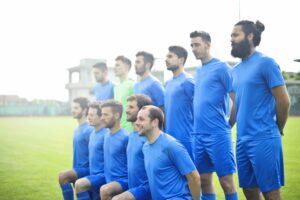 There are many stressors in sporting environments for LGBTQ+ people including physical aggression, homophobic locker room talk, and negative expectations rooted in past experiences (Frederick et al., 2022; Hartmann-Tews et al., 2021). Gay men, specifically, are hesitant to engage, due to past negative experiences they have had in sports (Zamboni, 2008). These stressors can make sporting environments isolating, so finding like-minded people is a primary goal for many when taking up sports.

There is also a desire to compete and hone skills against respected opponents. Many gay men had a desire to be perceived as skilled as a means of reconciling past negativity in sport. Growing up hearing the word “gay” being associated with poor athletic performance kept many gay men from pursuing sports. Participating in a sport they are skilled at is a way of refuting these ideas.

Participating in sport was also understood by men in this study as a way of embodying positive representation for younger generations of LGBTQ+ athletes. For the men we spoke with, not seeing themselves represented in sports reinforced the idea that gay men did not play sports. Conversely, their continued involvement in sports serves to signal to younger LGBTQ+ people that these environments can be welcoming for them. 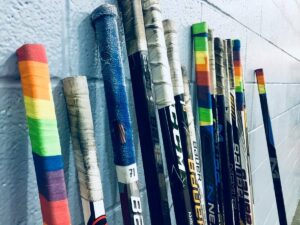 Living authentically is important for the well-being of gay men. There are many stressors that stem from concealing one’s sexual identity (Holman, 2018). For men in this study, the timing of when they embraced their athletic and sexual identities was also important.

Participants who understood themselves as athletes first tended to find their involvement in sports to be positive overall. However, many of these men stayed closeted longer, which had consequences for their mental health. In some cases, staying in the closet longer was a direct consequence of the perceived danger in their sporting environments. This finding demonstrates the importance of explicitly creating inclusive environments in sports and the consequences for gay athletes when sports are not seen as a safe place.

Conversely, those who understood themselves as gay first tended to have a more negative outlook on sports and did not have the positive experiences of those who understood themselves as athletes first. Often, men who understand themselves as gay from an early age reported being unable to hide their sexual identity. Consequently, they were able to live authentically from a younger age. However, they often did not get involved in sports until adulthood because of stereotypes that gay men did not play sports. Therefore, increasing the visibility of LGBTQ+ athletes in sport environments is important to address the implications this stereotype.

Sport as an escape

For participants in our study, participating in sports provided a valuable escape from everyday stressors. Even when sport environments were welcoming, they still experienced stressors and homophobia in other areas of their lives. However, through their involvement with sports, these men described an avenue for relief through their sport experiences and opportunities to connect with diverse groups of people over a shared activity.

The intense, physical nature of sports allowed many gay men to focus solely on the task in front of them and helping their team perform well. In this way, sport served as a valuable distraction from everyday stressors. These embodied experiences helped regulate their mental processes and provided a release of stress through physical activity.

Sports also provided opportunities to develop social relationships with a range of individuals. Many enjoyed the opportunity to develop connections with others based on a shared passion for their sport. For example, mixed gender leagues, presented gay men with the opportunity to participate on a sports team and connect with athletes they normally wouldn’t meet elsewhere.

Creating inclusive sport environments requires recognizing the diversity of experiences that participants bring to sport contexts and the complex ways that people derive well-being through sport. Sport organizers must consider factors within their organizations and their communities more broadly when developing inclusion initiatives. Establishing policies that do not tolerate homophobia and actively shape safe and welcoming spaces for participation are important. Our research suggests that positive sport experiences are derived not only from participating, but from building relationships with a range of people, having and being role models, and being competitive and successful in sport itself. Therefore, organizers should also consider how they can foster broader organizational cultures that support and value contributions of diverse participants as players, coaches, leaders, and peers.

Jake Quinton, MA, is a recent graduate of the Department of Recreation and Leisure Studies at Brock University. Jake’s research focuses on exploring and understanding the experiences of gay men in sporting environments. Jake is particularly interested in exploring how gay men, who willingly choose to participate in organized sports, navigate potential stressors to derive experiences of well-being.

Kyle Rich, Ph.D., is an associate professor in the Department of Recreation and Leisure Studies at Brock University. Kyle’s research looks at the impact of policy, community and both inclusion and exclusion on experiences in sport, recreation and physical activity programming. Kyle is particularly interested in using community-based and participatory research methodologies to help community organizers understand and address local issues in efforts to improve community health.