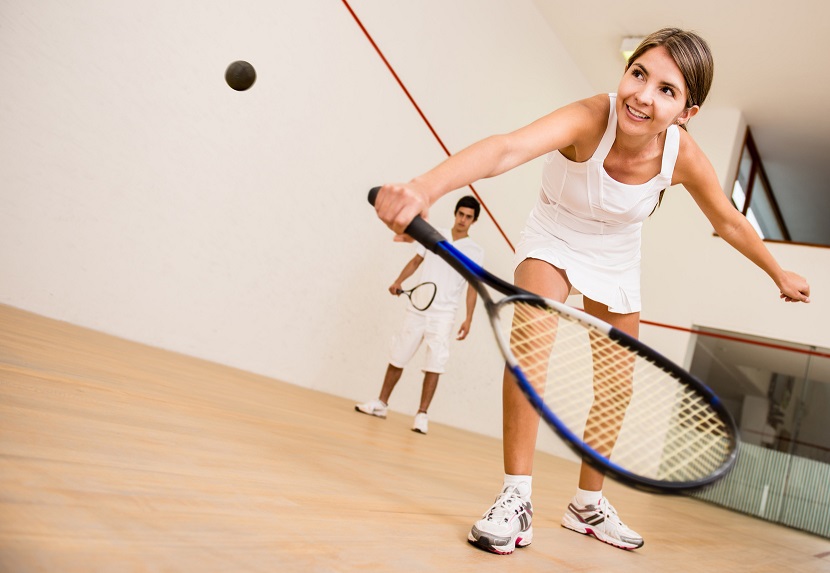 The 2015 Canada Winter Games are underway with an array of competitions and medals to be won.  One event that will be taking center stage at the Charles Jago Northern Sport Centre is the sport of Squash. The tournament has been part of the Canada Games since Charlottetown, Prince Edward Island hosted the games in 1991.

The basic idea of the game is for players to take turns hitting the ball against the wall with the ball hitting above the tin and below the outline. A match is won in a best of five games. Games are played to 11 points but if the score is 10-10, the victory is awarded to the player who gains a 2 score lead. A player may hit the ball while it is still in the air or after it has taken one bounce on the floor. Players are allowed to move anywhere on the court as long as they do not accidentally or deliberately obstruct the opposing player.

There are two officials in a squash match, the referee and the Marker. The referee is in control of the match and rules on appeals by the players. An appeal is a request from a player for the referee to review on the Marker’s call or lack of call. They are also responsible for applying any conduct penalties. The Marker is responsible for assisting the referee and making calls on serves that are not good. At the end of each rally the Marker calls out the score but if there is an appeal he or she will call it after the appeal.

To play squash, you need is a racquet, a ball, proper clothing, a pair of shoes and a squash court. The game is great for improving cardiovascular strength, increasing hand-eye coordination and maintaining a healthy weight.  If you want to cheer on our young athletes competing for gold in squash, the event will take place from February 22 to March 1 the with doubles medal ceremony on the 28th and the singles on the 1st.