Several other Canadians qualified for semi-finals tomorrow, including: 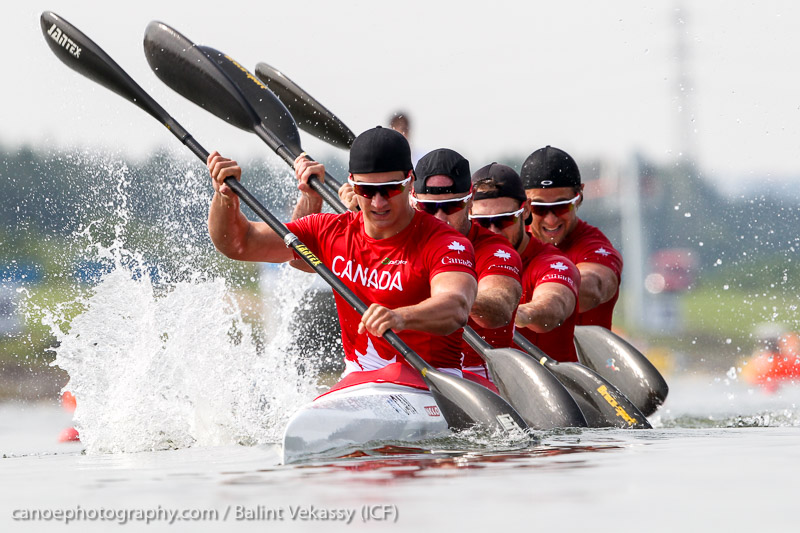 “We’re seeing some encouraging performances here,” said Graham Barton, Canoe Kayak Canada’s Chief Technical Officer. “In just about every event, we see Canadian athletes demonstrating that they can compete with the best in the world. But we’re a relatively young team and there’s a lot of work to be done over the next couple of years to get ready for Olympic and Paralympic qualification.”

Barton noted that this week’s championships will give athletes and coaches a clear idea of what areas they need to work on as they head into the fall training period. “The goal is to eliminate inconsistencies and improve on the parts of the races that aren’t working as well as we’d like them to,” he added.

In addition to the slate of semi-finals tomorrow, Vincent-Lapointe will team up with Katie Vincent (Mississauga, ON) to compete in the C-2 500m “A” Final. The duo clocked the fastest time in the heats on Thursday.