Canoe Kayak Canada – WELLAND, ONTARIO (August 23, 2017) – A large and boisterous crowd was treated to some outstanding races today as athletes competed in 1000m and 500m events on Day 2 of the Canadian Sprint Canoe Kayak Championships. Despite the strong winds on the Welland International Flatwater Centre this afternoon, there were many spectacular performances.

“I really like headwinds like today, so even if the conditions weren’t ideal, all in all it wasn’t the worst condition possible for me,” explained Lexy Vincent, a kayak athlete from the Rideau Canoe Club after winning the Women’s K1 Junior 1000m, her second gold medal in two days. “I just felt really strong on the water today and yesterday, and as soon as I got on the water I felt strongly connected and it felt like everything was falling in the right place.” Vincent took top spot in the K1 500m yesterday. 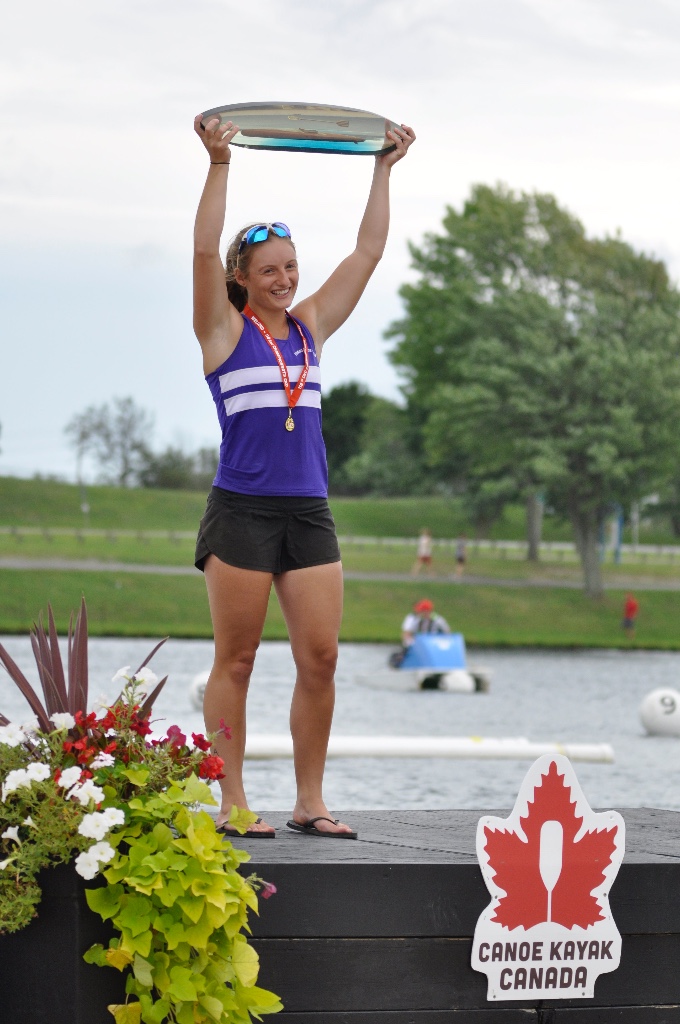 The distance of 1000m can last between 3 minutes and 30 seconds and 5 minutes and 30 seconds, depending on the discipline. This distance requires a lot of physical endurance for the athletes and the end of the race is often very demanding. On Day 2, the lively atmosphere of the crowd undoubtedly encouraged the athletes to give their everything until they crossed the finish line. The spectators were treated to some very tight races, which raised the excitement in the stands.

The conclusion of Day 2 marks the end of the K1 and C1 races. After a total of 24 finals in two days, Ottawa’s Rideau Club has the overall lead with a total of 345 points, 43 points ahead of the Maskwa Club out of Halifax.

Competition continues tomorrow with crew boats over distances of 200m, 500m and 1000m. Day 3 should draw even bigger crowds to take in the impressive C15 – War Canoe races.

For full competition results, visit the Canoe Kayak Canada website. All races are being live streamed and you can receive up-to-date race results on the immediaC mobile app available through the App Store.