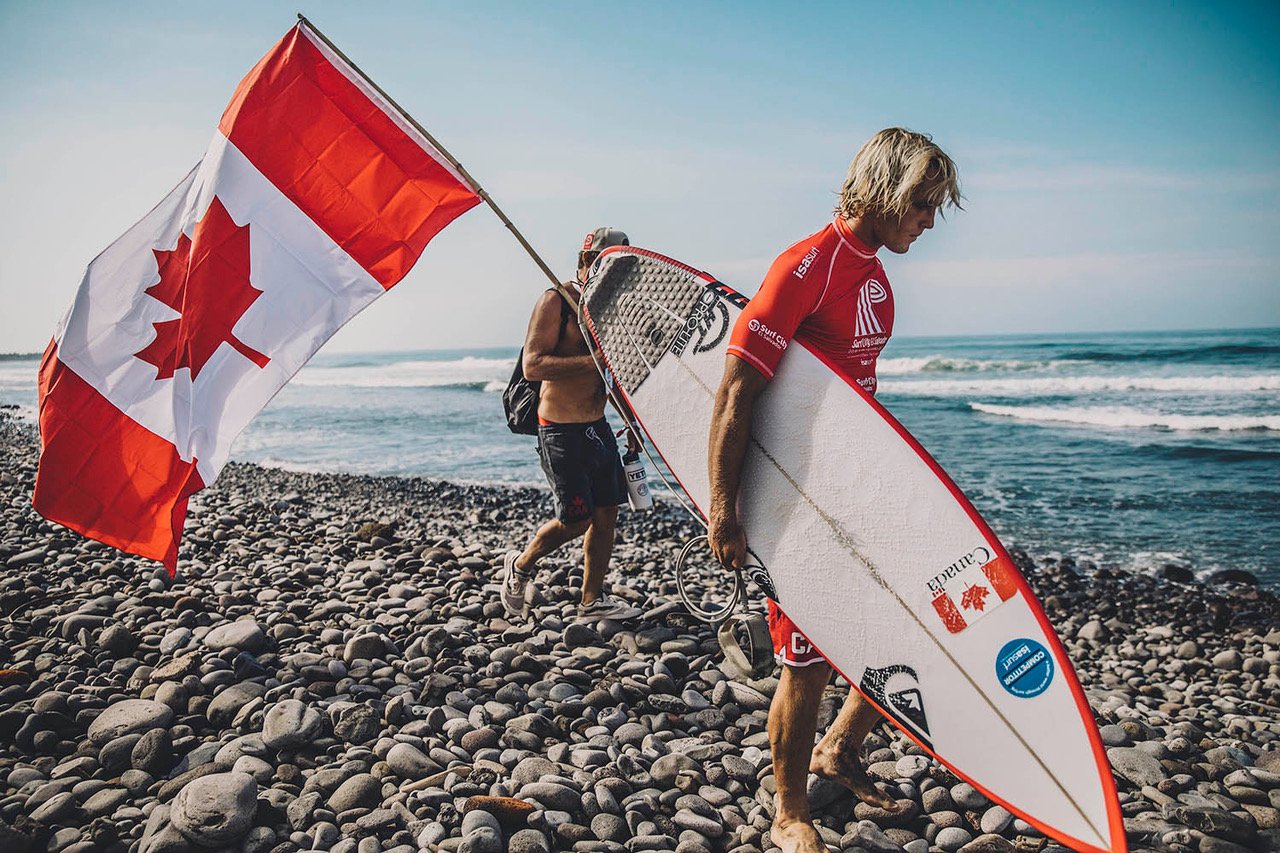 With the addition and re-addition of certain sports into the Tokyo Olympic and Paralympic Games, there’s plenty to look forward to and lots to learn! Discover the latest storylines and fun facts about the new events and their phenomenal Canadian teams and athletes.

Softball is making its return in the Tokyo 2020 Olympics, highlighting the inspiring initiative that permits Olympic organizing committees to re-introduce or implement new sports that present historical or cultural significance.

The Canadian Women’s national team have a total of eight medals gained from the Pan American games, with a gold at the Toronto 2015 Pan American Games being a boastful highlight. Their previous Olympic debut in 2008 resulted in a fourth-place finish.

Danielle Lawrie, pitcher for the Canadian national team, has been a powerhouse player for Team Canada since 2005. Danielle expresses that her greatest accomplishment to date is her role as a mother.

Tokyo 2020 will include sport climbing with three disciplines in each female and male event. The disciplines: speed climbing, bouldering, and lead climbing, will highlight varying strengths in the athletes, such as endurance and pace.

Two dominant athletes from Canada, Alannah Yip and Sean McColl, are set to compete in Tokyo. Alannah Yip, a recent University of British Columbia Mechanical Engineering grad, earned her debut to the Olympic stage by placing first in the combined climbing event at the 2020 Pan American Games.

The introduction of Karate to the Tokyo 2020 Olympics is no coincidence, with martial arts having its origins in the Okinawa prefecture of Japan. Two traditional forms of competition, Kata and Kumite, will be the featured events.

Featured here is Lima 2020 athlete, Kate Campbell, a Canadian national team member for the past 13 years. Her most recent medaling event was in 2019 at the Pan American Championships. She has also participated in the World Karate Federation World Championships, specializing in the Kumite event.

Canada has finalized its national team, with selection based on an Olympic Qualifying Tour in 2019-2020. At the Tokyo 2020 Olympics, the two skateboard disciplines included will be a street course and a park course. An emerging name in the skateboarding community is Fay Ebert, an 11-year-old Toronto-born skateboarder and the youngest member of Canada’s national skateboarding team. Fay is aiming to qualify for Paris 2024. Canada’s Andy Anderson of White Rock, B.C, will compete in the Tokyo Olympics as Canada’s only park event athlete, qualifying in a recent tournament despite suffering an injury to his knee during one of his final runs. The two Canadian representatives for the street skateboarding event are Matt Berger of Kamloops, B.C. and Micky Papa of Vancouver, B.C, both of which qualified in the Rome World Championships.

Para badminton will be making its debut at the Tokyo 2020 games, wherein there will be six classes (two wheelchair classes and four standing classes). Interestingly, wheelchairs used in the matches incorporate exceptional mechanical modifications to ensure gameplay is optimal for athletes, such as additional wheels to permit players to remain upright in all directions of movement. Para badminton’s Paralympic debut will feature 90 skilled players and 14 opportunities to medal, including both single and doubles events.

The second new sport added to the Tokyo 2020 Paralympics is Para taekwondo, which has two disciplines: Poomsae and Kyorugi. Only Kyorugi will be competed in at the 2020 Tokyo Paralympics, which encompasses sparring matches that will last three two-minute rounds with one-minute rest periods. An important rule to note in the Tokyo’s Paralympic Taekwondo event is that only kicks to the trunk of the body are permitted, and these kicks are scored based on the style of spin. Taekwondo is an exciting addition to the Tokyo Olympics, as martial arts is a sport that is greatly intertwined in Japan’s history.

Surfing is making its debut at the Tokyo 2020 Olympics, featuring shortboarding, a board style that allows for faster and steeper drops and turns. Despite incredible efforts, Canada did not qualify for Tokyo 2020, with fierce competition arising at the El Salvador Olympic qualifying tournament. Team Canada’s cold water surfing veteran, Peter Devries, underwent an injury, and thus was unable to compete with his other skillful teammates in the El Salvador tournament. Interestingly, many of the surfers on the Canadian national team, including 2019 Pan Am games competitor Cody Young, have had the opportunity to train and reside in Tofino, B.C, a gem of a town with waves comparable to those expected at Tokyo’s Shidashita Beach.

As Tokyo 2020 approaches, the competitors for the baseball tournament are in the process of being finalized. Despite impressive efforts, Canada did not qualify, finishing fourth overall in the Florida-based Olympic-qualifier tournament. The tournament featured the U.S, the Dominican Republic, Puerto Rico, Nicaragua, Cuba, Venezuela, Canada, and Colombia. While Team Canada hit two homeruns in their final match against the Dominican Republic, their Olympic qualifying journey ended in a 6-5 loss. The U.S., Israel, Mexico, South Korea, and Japan have qualified to compete, with the Dominican Republic and Venezuela competing in a final tournament for qualification. Team Canada infielder, Daniel Pinero, credits veterans Scott Richmond, John Axford, and Scott Mathieson for the team’s success, highlighting the ability of the three veterans to lead and motivate.