A member of the national team since 2009, Gagné is a veteran of 27 World Cups with his best finish coming in dual moguls at the 2014 Inawashiro World Cup in Japan when he placed third – one of his best memories of his career.

“It’d be hard not to say my podium in Japan wasn’t the most memorable moment of my career. It’s something I’ll remember forever and maybe my best memory with the team,” said Gagné. “It was also special when I got to finally join the World Cup team in 2012 after a couple years on the NorAm circuit. I got to compete in two World Cup in Sweden at the end of the season and then we did a guys trip in Amsterdam with our coach Rob Kober. It was special to know I was finally part of the group.”

Gagné decided to retire from mogul skiing at the age of 26 after injuries hampered his ability to compete for the majority of the last two seasons.

However, the future looks bright for Gagné as he prepares to begin his accounting degree at the University of Montreal this fall. Admitting that he’s not ready to let go of the sport, Gagné has been taking his coaching certification courses in hopes of passing on some of his knowledge to the next crop of athletes from Quebec.

“I know I speak not only for myself but for P-O’s teammates and the rest of the coaching staff when I say that it is really hard to lose a guy that you truly care for and greatly respect,” said Kober. “P-O made the team as a 20 year old, a bit of a late bloomer, and without any certainty as to his future production as a World Cup mogul skier.

“He turned out to be probably the most underrated and over-achieving guy we have had on the National Team in the last 15 years. I cannot put into words how proud I am of what he accomplished in his six years on the team and he will be missed greatly by everyone in the program.”

Lambert, 21, is stepping away from the sport to attend the Royal College of Surgeons in Ireland this fall to pursue her dream of becoming a doctor.

Lambert’s decision to retire was expedited when she found out she got accepted into the program earlier this month.

“I wasn’t necessarily planning on not skiing after this season, but I did put an application in for medical school last fall. I wanted to get my feet wet with the process. I wanted to try and see how hard it was to get in,” explained Lambert.

“Also, it was in the back of my mind in case anything went wrong with an injury that would make me unable to ski. I was accepted right before the Canadian Mogul Championships and I decided this is what I wanted to do more than skiing. I’m going to miss skiing a lot, but I’m excited to do something new and live somewhere new.”

Named to the Canadian Freestyle Mogul Team in 2012, Lambert made a total of 42 NorAm starts and made the podium on three separate occasions, including a silver medal performance in Killington on March 5th in what turned out to be her second last competition. Lambert also made four FIS World Cup starts over the course of her career.

“I think what I’m going to miss the most are the girls on the team and all the friendships I’ve made,” added Lambert. “They were happy for me though. A couple of the girls on the team also want to be a doctor, so it’s exciting for them to know that it’s doable. My coaches were happy for me that I was doing something as cool as skiing. I’ll miss everyone involved with the team and definitely the adrenaline rush of competing. That’s going to be hard to let go of.”

The Canadian Freestyle Ski Association is the governing body in Canada for the sport of Freestyle Skiing. With the support of its valued corporate sponsors along with the Government of Canada, Canadian Olympic Committee and Own the Podium, the CFSA develops Olympic and world champions in all disciplines of the sport. For more information about the CFSA, please visit www.freestyleski.com. 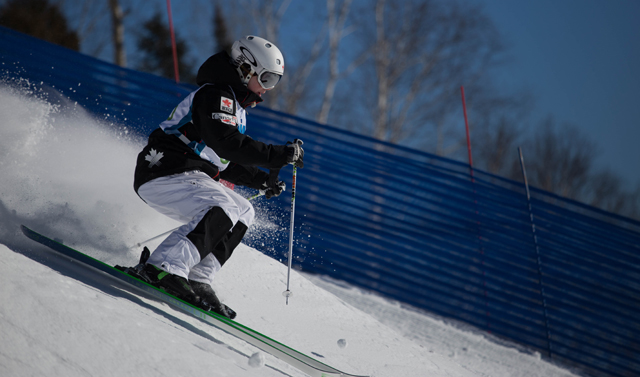