Canoe Kayak Canada – WELLAND, ONTARIO (August 25, 2017) – They saved the best for last – the Junior Men’s C-4 1000m – the final race on Day 4 at the Canadian Sprint Canoe Kayak Championships. For the hundreds of fans at the Welland International Flatwater Centre, it was a thrilling wrap-up to another jam-packed day of elite paddling.

Decided by only a few seconds, the first place prize – and the John W. Black Trophy – went to the Lachine Canoe Club, with the Maskwa Aquatic Club in second place, and the Mississauga Canoe Club in third. It’s the first time since 1979 that Lachine has won the Black Trophy, which is the most iconic prize to be awarded at the National Championships. 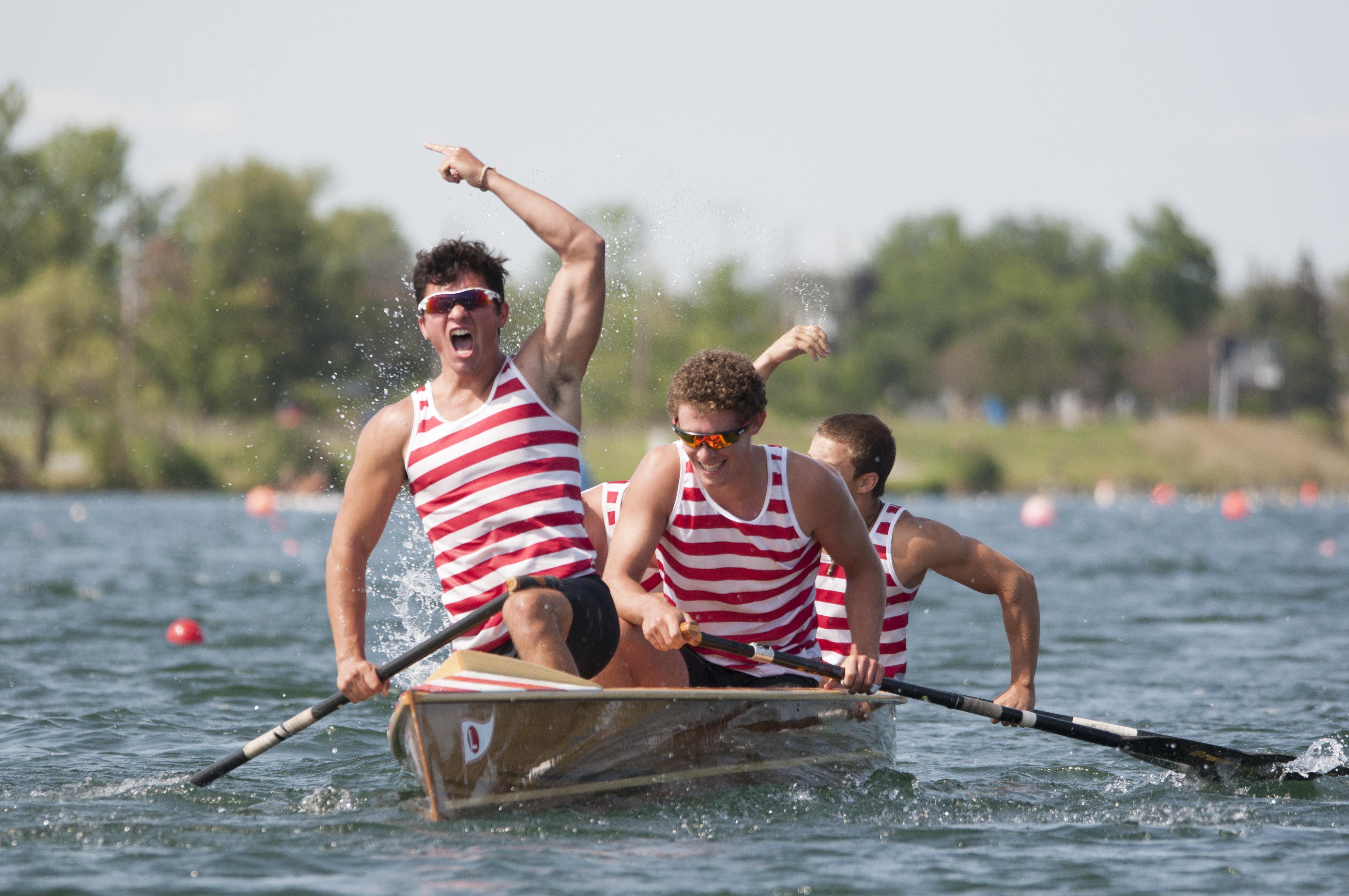 “The last time Lachine won the Black Trophy, I was paddling in the boat with Yves Schmidt, André Aubut and Denis Francoeur! It’s the 4th time that Lachine won that race, and in 79, it was even right here in Welland,” noted Mark Granger, national development coach at Canoe Kayak Canada. “It’s so nice to see young guys like them winning the Black Trophy, it’s like the Stanley Cup in canoeing,” added Granger, pointing at the crew holding their big prize. 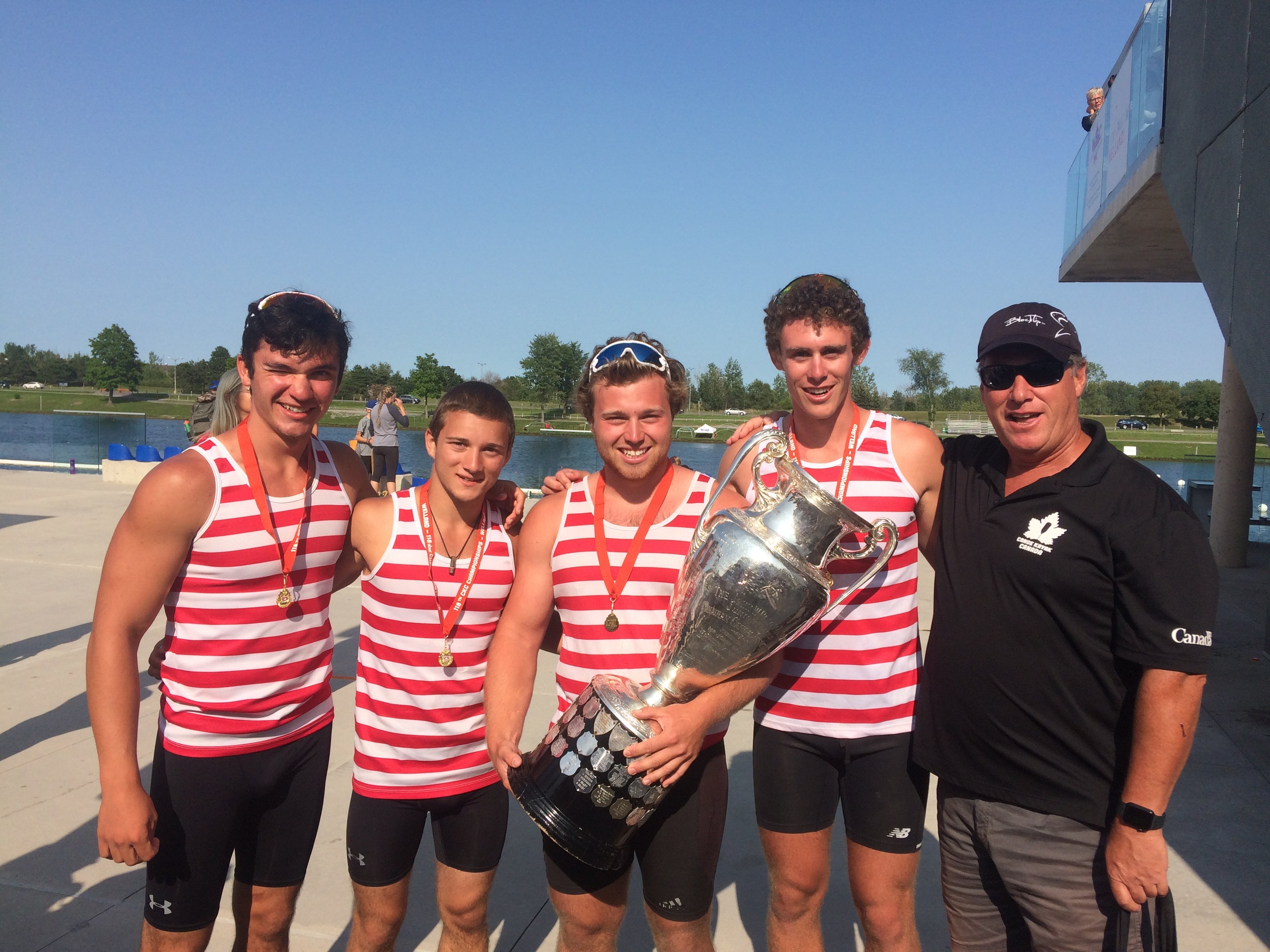 The Junior Men’s War Canoe also stole the show in the 1000m event, with Mathieu Pelletier’s crew from Trois-Rivières collapsing at the finish line after taking the crown, only a fraction of seconds in front of the Maskwa Aquatic Club. It’s an extremely challenging event, with paddlers working at high intensity for close to four minutes.

The biggest crowd of the week enjoyed over 50 war canoe and crew boat races during the day. The national championships wrap up tomorrow with another full slate of races, with the Senior Men’s 1000m war canoe race as the grand finale. 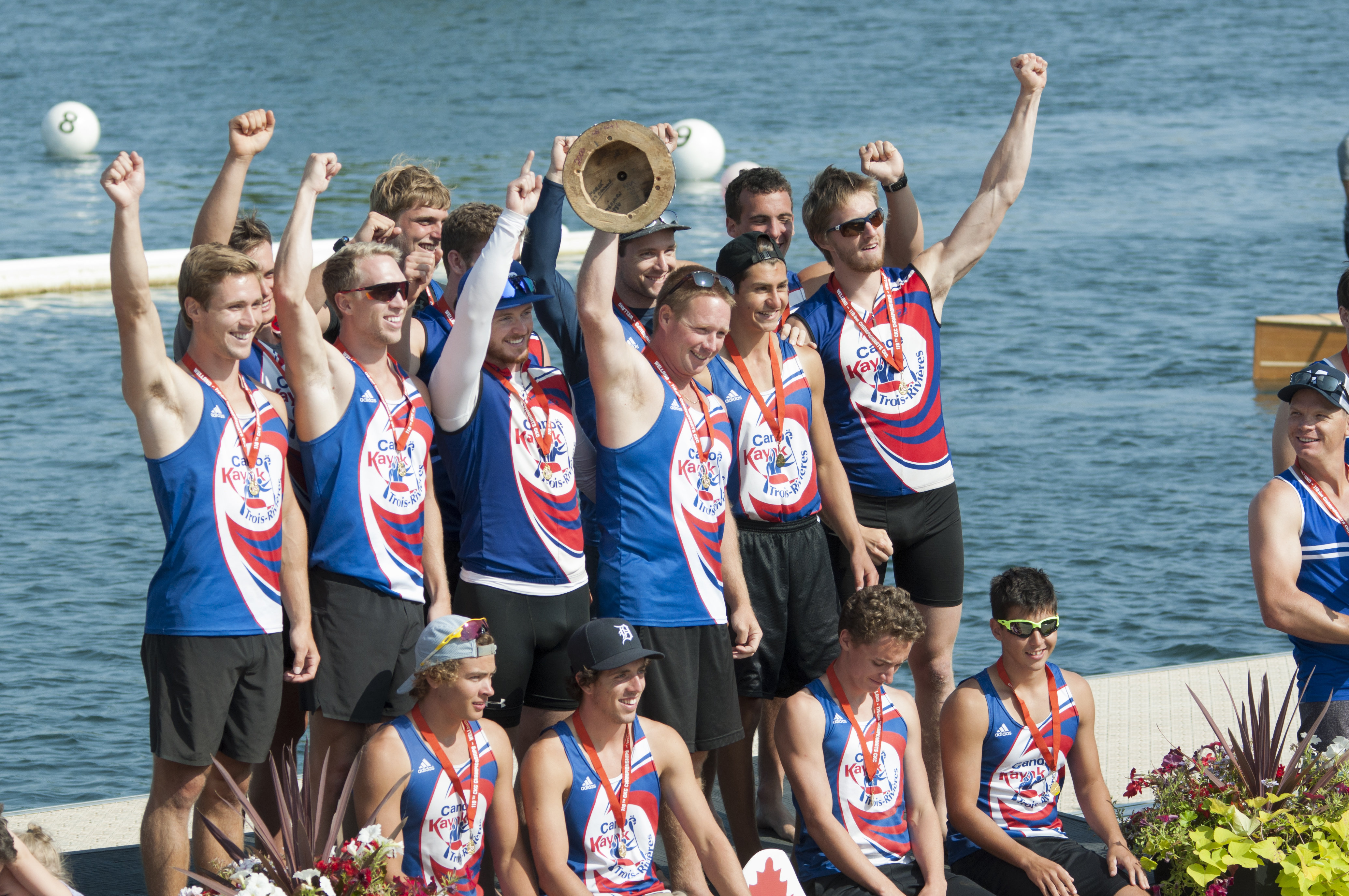 At the conclusion of today’s races, about 40 former paddlers and member of Canoe Kayak Canada’s (CKC) – including Olympians, Adam Van Koeverden (Toronto, ON) and Emilie Fournel (Montréal, QC) – gathered to help launch CKC’s first Alumni Program. The national initiative aims to bring together former athletes, coaches and volunteers from all three disciplines (sprint, slalom and marathon) to celebrate past accomplishments and contribute to the sport’s future growth.

With one day of competition left, the Maskwa Aquatic Club has jumped into the overall lead with 659 points, ahead of the Rideau Canoe Club at 633 points. The Burloak Canoe Club is a distant third with 399 points.

For the first time ever, the entire National Sprint Championships are being live streamed on the Internet. More than 1,200 fans logged on to watch the action on Day 3.

Paddling fans can also receive up-to-date race results on their mobile device through the immediaC mobile app available through the App Store.