BC Rugby – Vancouver, BC – June 6, 2016:  International men’s fifteens rugby returns to Vancouver this Saturday, as Canada faces Japan in the first-ever Test match to be held at BC Place. Kickoff on June 11th is at 3:00pm PDT.

On Monday, Rugby Canada’s announced the 28-man squad being considered for selection for the Japan game, in addition to upcoming Tests in Alberta against Russia and against Italy in Ontario.

A quartet of prominent BC Rugby players who have gone on to star for professional rugby clubs abroad have been brought in to bolster the Canada lineup, led by four-time Rugby World Cup veteran Jamie Cudmore from Squamish, BC. Cudmore recently concluded a storied playing career for Clermont Auvergne in France’s Top 14, where he became a fan favorite for his strength and toughness on the field.

Joining Cudmore in the potential forward pack assignments are Vernon’s Cam Pierce and Williams Lake’s Jake Ilnicki. Pierce has seen his personal stock rising along with his club Section Paloise, who were promoted from France’s second division (D2) to that country’s leading competition (Top 14) to begin the 2015-16 season. Ilnicki, meanwhile, was a late addition to Rugby Canada’s Team at the 2015 Rugby World Cup, helping him to earn a professional contract with San Diego of the Pro Rugby USA competition. Maple Bay’s Matt Evans, who plays wing for English side Cornish Pirates, rounds out the compliment of BC professionals based abroad. All four men have donned the BC provincial kit in past seasons and will be eagerly anticipating a potential homecoming game as they await Coach Mark Anscombe’s final Team selection.

Also up for selection is Vancouver’s Brock Staller. The most recent star to emerge from the BC Bears’ provincial program, the powerfully built back was instrumental in helping his club, the UBC Thunderbirds, repeat as Rounsefell Cup champions in the Canadian Direct Insurance Premier League in 2016. Staller has typically patrolled the wings or centers for UBC, but his range with the boot saw him start at fullback for Canada in 2016 test matches against Uruguay and Chile.

Capilano Rugby Club alumni Evan Olmstead, who has roots in North Vancouver but plies his trade with Newscastle Falcons during the winter and the Prairie Wolf Pack during the summer, is also in the mix for selection.

“The boys have come together really well,” Anscombe said. “We’ve worked them hard but they’ve put a lot into it and the attitude has been outstanding.”

“We’ve been trying to find out about everyone the last few days and now we know what we’re faced with. We can now start moving forward and developing the group as a unit.”

The game against 10th ranked Japan will add another chapter to Canadian rugby history by being the first ever test match held at BC Place in Vancouver, B.C. Earlier this year, the world-class stadium held the inaugural HSBC Canada Men’s Sevens, where more than 60,000 fans packed in over two days to set a new Canadian rugby attendance record.

Japan shook up the rugby establishment at the 2015 Rugby World Cup by defeating South Africa, before riding the momentum to wins over Samoa and the USA.

Canada came up short in its last home Test against Japan in 2014 and will face a tough battle against the upstart Japanese side this Saturday.

“We’ve had a few weeks of preparation and have started developing some things and now the next level of excitement is getting to that first game and we’re looking forward to it,” Anscombe said. “The challenge is there in front of us to play well in front of a home crowd.”

Canada versus Japan will be broadcast LIVE on Rugby Canada’s official provider TSN. Tickets are still available and can be purchased by clicking here.

Tickets:
Discounted tickets for the BC Rugby community are still available. To learn more about this special ticket offer, click here.

Rugby Canada is the national governing body of the sport of rugby union in Canada. Rugby Football has a long history in Canada dating back to its initial appearance in the 1860s. Since 1974, Rugby Canada has been a permanent fixture on the global rugby scene, including trips to each of the eight Men’s Rugby World Cups and seven Women’s Rugby World Cups. As a regular on the Men’s and Women’s HSBC World Rugby Sevens Series, Canada continues to climb the world rankings and challenge the dominant rugby nations in both versions of the game.

To support the growth of rugby at the grass-roots level and to ensure there are elite programs for prospering young rugby players to become involved with, Rugby Canada has put an emphasis on developing its junior programs. Our goal is to develop and train competitive teams for the 2016 and 2020 Summer Olympic Games in Rio de Janeiro, Brazil and Tokyo, Japan respectively, the 2017 Women’s Rugby World Cup in Ireland and 2019 Men’s Rugby World Cup in Japan.

The British Columbia Rugby Union, commonly known as BC Rugby, is the governing body for Rugby in British Columbia and is a Provincial Union of Rugby Canada, the national governing body. Representing over 7,500 individuals registered through more than 50 Member Clubs and Associations across the Province, BC Rugby leads and manages the sport with the aim to grow participation and develop excellence in all games of Rugby and in all facets of the sport. 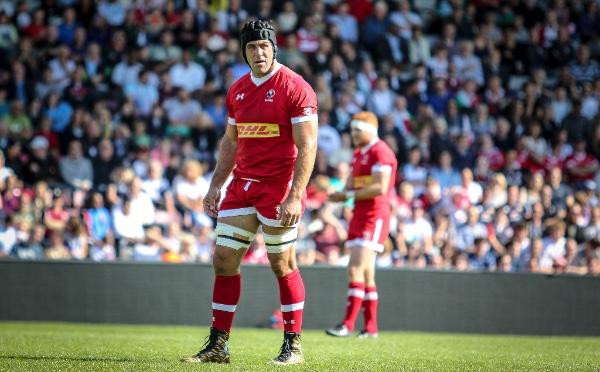