RSEQ – Montréal, March 9th 2016 – On the eve of the 2015-2016 RSEQ Finale 4 – Basket­ball Provincial Championship presented by Milk 2 Go Sport, the RSEQ is pleased to announce its All-star teams and award winners in university basketball for the 2015-2016 season.

Third year centre Jessica Lubin of the UQAM Citadins has been named RSEQ women’s basketball Player of the Year. The 6-foot-1 native of Montreal led all scorers averaging 15.3 points per game in 2015-16 and was a beast from the floor, connecting on 46 per cent of her field-goals. The English studies student was a force on the glass pulling down 8.7 rebounds per game while averaging 1 blocked shot and 1.9 seals per contest.

For a third consecutive year, UQAM Citadins point guard Quételine Célestin has been named the Defensive Player of the Year. The fourth year student led the RSEQ with 3.7 steals per game and set a UQAM single-game record with eight steals on January 7 against Bishop’s. Célestin finished the season sixth in rebounds averaging 6.4 per game.  Although a defensive threat, Célestin also showed remarkable offensive prowess in 2015-16 averaging 13.3 points per game and draining 41% of all shots taken. She had a 36% average from beyond the three-point arc and was second in the conference with 3.8 assists per game.

McGill’s Jennifer Silver, a 5-foot-11 forward from Montreal, wins the RSEQ Leadership and Community Service award.  On the court, she averaged 6.8 and 5.1 rebounds per game. The third-year medical student achieved a perfect 4.0 grade-point average, meriting Academic All-Canadian status and making the Principal’s Student-athlete Honour Roll. In the community, she volunteers as a cook with “Kerry’s Kitchen”, a family program at the Jewish General Hospital that prepares and delivers meals for families of cancer patients

Sarah-Jane Marois of Laval University Rouge et Or has been named the recipient of the RSEQ award for Determination, Perseverance and Courage while earning the conference’s nomination for the CIS Tracy MacLeod Award. Marois was a cornerstone of the Rouge et Or team during her rookie year in 2014-2015 before suffering a season-ending knee injury in the 10th game of her university career. She underwent surgery in April 2015 and did not return to the Laval line-up until January 2016. She averaged 8.4 points per game and 19 minutes per contest since her return and has rediscovered her shooting touch connecting on 46% of her attempts, including an impressive 39% from beyond the three-point line.

McGill’s Ryan Thorne is the RSEQ conference Coach of the Year for the third consecutive season and the sixth time in 11 years. A 41-year-old resident of Ile-Bizard, Que., he guided the Martlets to their fifth straight first-place finish, posting a stellar 15-1 record and the nation’s stingiest defence, allowing just 50.7 points per game. His troops also led the CIS in steals per game (6.5) and blocked shots (4.1). They were second in free-throw percentage (76.2) and fifth in three-point shooting (33.8). Now in his 13th season as head coach at McGill, Thorne enters the RSEQ Final Four championship with a 201-172 career record in 373 games overall, including a 116-93 regular season mark. He also served as bench boss of various Quebec provincial teams and was an assistant coach at the 2015 FISU Summer Games in South Korea.

The 2015-2016 RSEQ Finale 4 – Basket­ball Provincial Championship presented by Milk 2 Go Sport goes March 10-12 at the Love Competition Hall on the campus of McGill University. The semifinal round features the Concordia Stingers taking on the top-seeded McGill Martlets on Thursday March 10 at 6 p.m., while the UQAM Citadins face the Laval Rouge et Or at 8 p.m.  The winners will advance to Saturday’s championship game at 3 p.m. All the games will be streamed live here: http://portal.stretchinternet.com/mcgill/.

Third year forward Kewyn Blain of UQAM Citadins is the RSEQ men’s basketball Player of the Year. Blain averaged 17.5 points per game during regular season play and posted a 48% shooting efficiency for the Citadins. The Physical Education student was the league’s top passer finishing with 5.6 assists per game in addition to topping the RSEQ in steals with 2.7 per game.  He also chipped in with 6.8 rebounds per game.

Abdul Kamane of Montreal has made his mark not just in Quebec but all across the country as a rookie. The Vanier College product led the Gaiters in scoring with 13.3 points per game (6th in the conference). The sociology student also grabbed 7.3 rebounds per game, good for second on the team and third in the league. He also averaged 1.5 steals per game and 30.9 minutes per game.  His numbers were tops amongst all freshmen in the conference and earned him RSEQ Rookie of the Year honours.

McGill’s Dele Ogundokun, a three-time all-star from Hamilton, Ont., is the RSEQ Defensive Player of the Year for the second straight season after winning the conference rookie-of-the-year honours in 2013-14. The 6-foot-2 guard averaged 11.3 points and 7.0 rebounds per game, including a league-leading 4.7 in the defensive zone. He was third among league-leaders in steals (32) and fourth in minutes played (32.5 per game). The third-year business major shot 37.5 per cent from the floor, 30.1 from three-point range and 72.7 from the foul-line. He added a team-leading 50 assists and had nine blocked shots in 16 games.

McGill’s Vincent Dufort, a 6-foot-4 shooting-guard from Smiths Falls, Ont., wins the RSEQ Leadership and Community Service award. On the court, the four-time all-star averaged 10.0 points and 8.1 rebounds per game. A team captain for the past three seasons, the fifth-year physical education senior has earned a 3.34 grade-point average. In the community, he has served three years on the McGill Varsity Council `and assists in various community service initiatives, including Christmas food drives for the Sun Youth organization that helps feed the needy. Dufort has also volunteered to speak and offer basketball clinics at multiple schools, in both Montreal and Smiths Falls.

McGill’s David DeAveiro is the RSEQ conference Coach of the Year for the third consecutive season. A 51-year-old native of Toronto who previously won three OUA East coach-of-the-year awards with Ottawa, he led the McGill Redmen to their fourth straight first-place finish with a 12-4 record. His squad was ranked first in the nation in offensive rebounds per game (15.6), sixth in steals with a 9.0 average and had the third-best defensive record, allowing only 65.7 points per game. In 15 seasons at the CIS level, he enters the RSEQ Final Four with a career coaching record of 326-210 in 536 games overall, including a 200-94 mark in regular season play. DeAveiro, who has guided Ottawa and McGill to a combined five trips to the CIS Final Eight championship, has also had an extensive coaching history as an assistant with numerous Canadian national teams.

The 2015-2016 RSEQ Finale 4 – Basket­ball Provincial Championship presented by Milk 2 Go Sport goes March 10-12 at the Love Competition Hall on the campus of McGill University. The men’s semifinals are Friday March 11 beginning at 6 p.m. when the first place McGill Redmen host the Laval Rouge et Or, followed by a showdown between UQAM and the Concordia Stingers at 8 p.m.  The winners of the two semifinals will advance to Saturday night’s championship final at tips off at 7 p.m. All the games will be streamed live here: http://portal.stretchinternet.com/mcgill/.

About the RSEQ
The RSEQ is committed to the promotion and development of sport and physical activity in an educational setting from the grassroots level through to high performance sport. The RSEQ education and academic success as well as the health and well-being of young people. 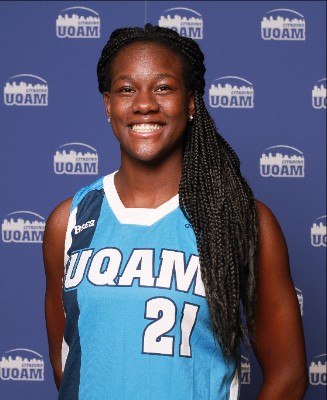 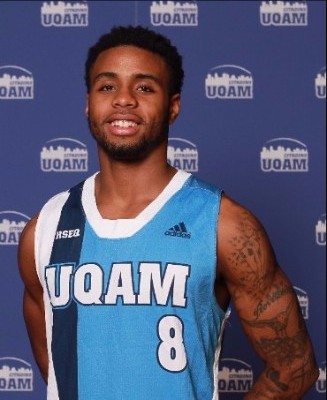