Cycling Canada  – AYLMER, June 29, 2017 – The 2017 Global Relay Canadian Road Championships p/b Lexus for Elite, Under-23 and Junior aged riders concluded on Wednesday in Aylmer, Quebec, with the crowd-pleasing Criterium Challenge.  The short course, fast paced criterium races are not an internationally recognized championship, however, are very popular in North America and special jerseys are awarded to recognize the winners.

Shortly before the start of the women’s 60 minute race, torrential rain swept through the region.  Luckily, it backed off and the sun came out just before the women began to race.  The women’s race started cautiously due to the wet roads, however, as the roads dried the pace picked up and crowds began to build.  Despite multiple efforts, no riders were able to break clear of the field and it came down to sprint on the uphill finish, with Rio Olympian Leah Kirchmann (Team Sunweb) outkicking Steph Roorda (Sho Air Twenty20) and Joelle Numainville (Cylance). 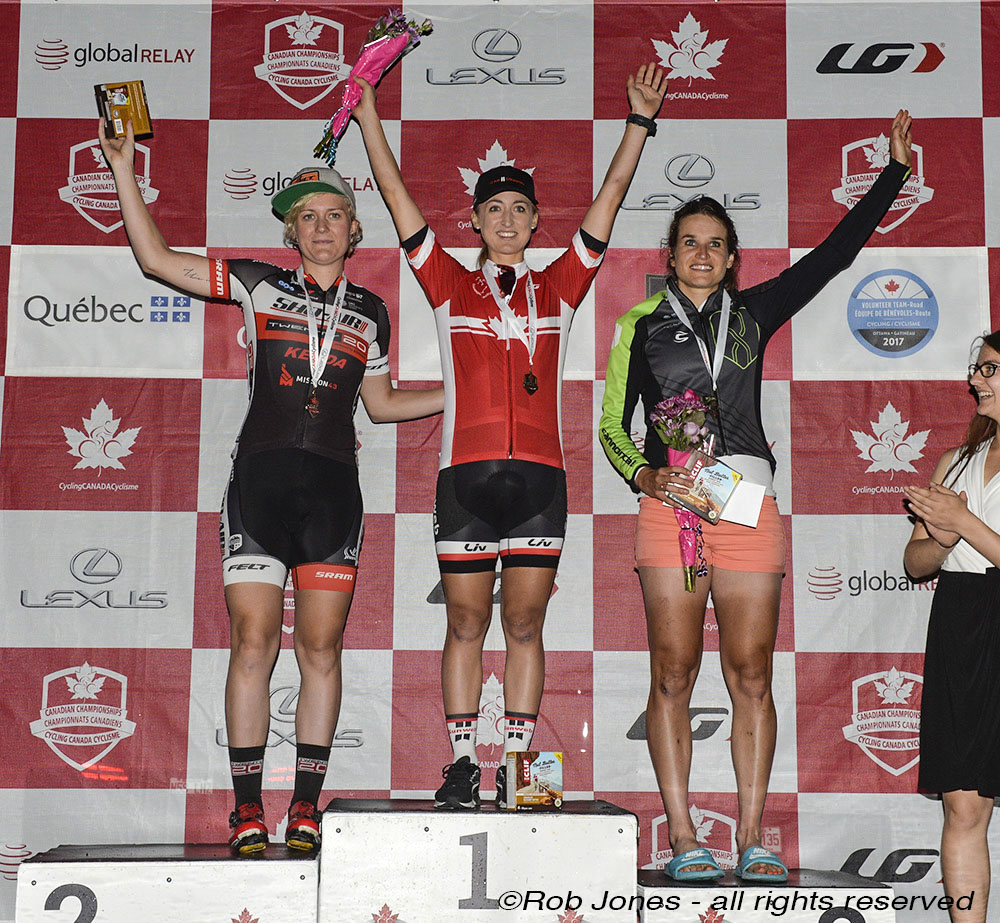 “The weather’s been crazy this week and it was raining so hard!” said Kirchmann.  “We were on the start line and luckily it finally started to let up.  The first few laps we were testing out the corners and seeing how slippery it was, but as it dried up the race got more aggressive.  Being without team mates did mean I had to cover a number of breaks but it seemed that everyone wanted it to come down to a sprint.  The sprint started pretty early and it was a total drag race to the line.  It was great to finish the Championships with a win.”

By the time the men’s 60 minute race began the roads were mostly dry and the attacks commenced from the gun.  The Silber Pro Cycling team aggressively covered every breakaway effort, allowing nothing to get more than a 15 or 20 second gap.  The pace shredded the field, with riders coming off in bunches, and there were only 28 finishers out of 85 starters.  As the race entered the final few laps Silber moved to the front with seven riders, setting up Pier-Andre Cote for the finish.  At the line, Cote was just able to hold off Pierrick Naud (Rally Cycling) and Felix Cote-Bouvette (Garneau Québecor) to give Silber the title. 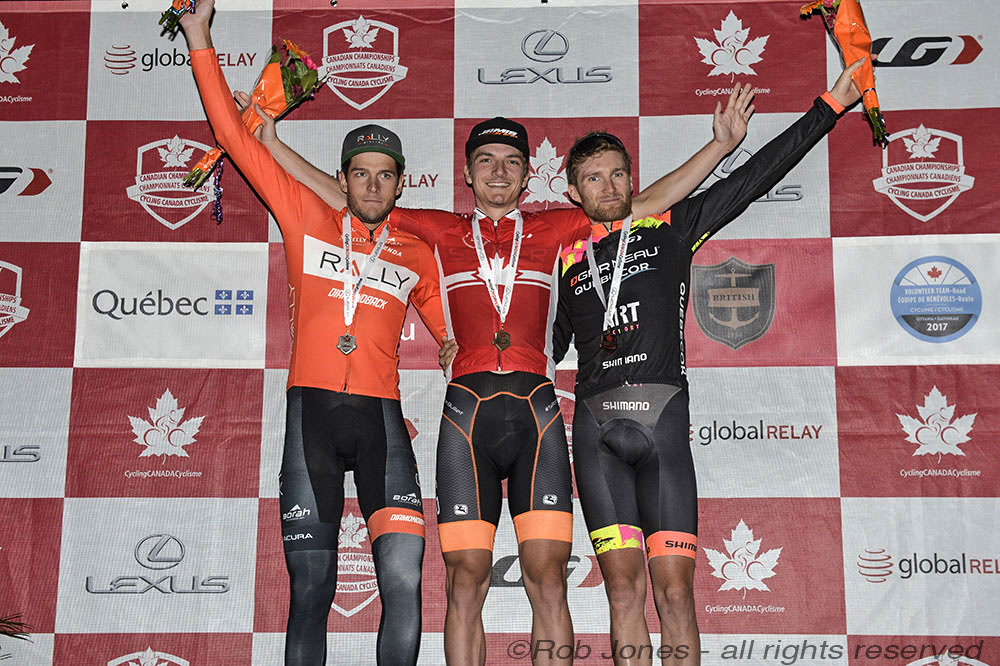 “It was the perfect night for us,” said Cote, “the team rode very well, it was perfect.  We took control of the race at the end and I was where I wanted to be in the last corner and went for the sprint, and it was done.  You could be really patient with this sprint.  I was fifth with 100 metres to go.  Other riders had to go pretty early because we were at the front and they were fading at 50 metres to go and I just went by them.”

In the Junior races, both defending champions won, with Maggie Coles-Lyster (TaG Cycling) winning the women’s title and Kurt Penno (Trek Red Truck Racing) the men’s.
“What an epic Championship!” said Mathieu Boucher, Performance Development Director at Cycling Canada.  “Riders, volunteers and commissaires had to deal with extreme weather throughout the championships but everyone executed to deliver a memorable event with amazing performances from our athletes.  There is no doubt we are moving in the right direction and that we will see more and more Canadians on international podiums. Congratulations to all the new Canadian Champions!”