Canadian Sport Centre Manitoba – Winnipeg triathlete Kyla Roy is making the most of the unseasonably warm fall weather. After closing out an exciting season of competition, the 18-year-old says she’s been “going for casual runs and swims,” and has been “mixing it up and riding [her] cyclecross bike on the trails before it snows.”

In September, Roy represented Canada in the Junior Women’s division at the 2016 ITU World Triathlon in Cozumel. Being selected was in itself an exceptional accomplishment for Roy, who – only six months earlier – had suffered an injury that put her entire competitive season in question.

To help with recovery and prepare for the extremes she’d face in Mexico, Roy worked with sport science experts from the Canadian Sport Centre Manitoba (CSCM). 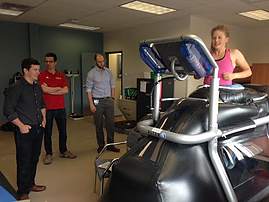 Sport physiologists worked with her on rehab and fitness. “When the average person suffers a stress fracture, they typically just take time off from running to allow it to heal. But for an athlete, time away can have implications for fitness,” says sport physiologist Jérémie Chase. For Roy, time away from training would also have impacted her ability to compete and qualify for Worlds.

The physiology team, led by Daryl Hurrie, got Roy access to an Alter-G treadmill, which creates lower body positive pressure during training. “The benefits are that it reduces the ground reaction forces produced, and it reduces the impact of each footstrike her body has to absorb,” says Chase. “This allows her to heal but also to keep up her fitness through run training.” 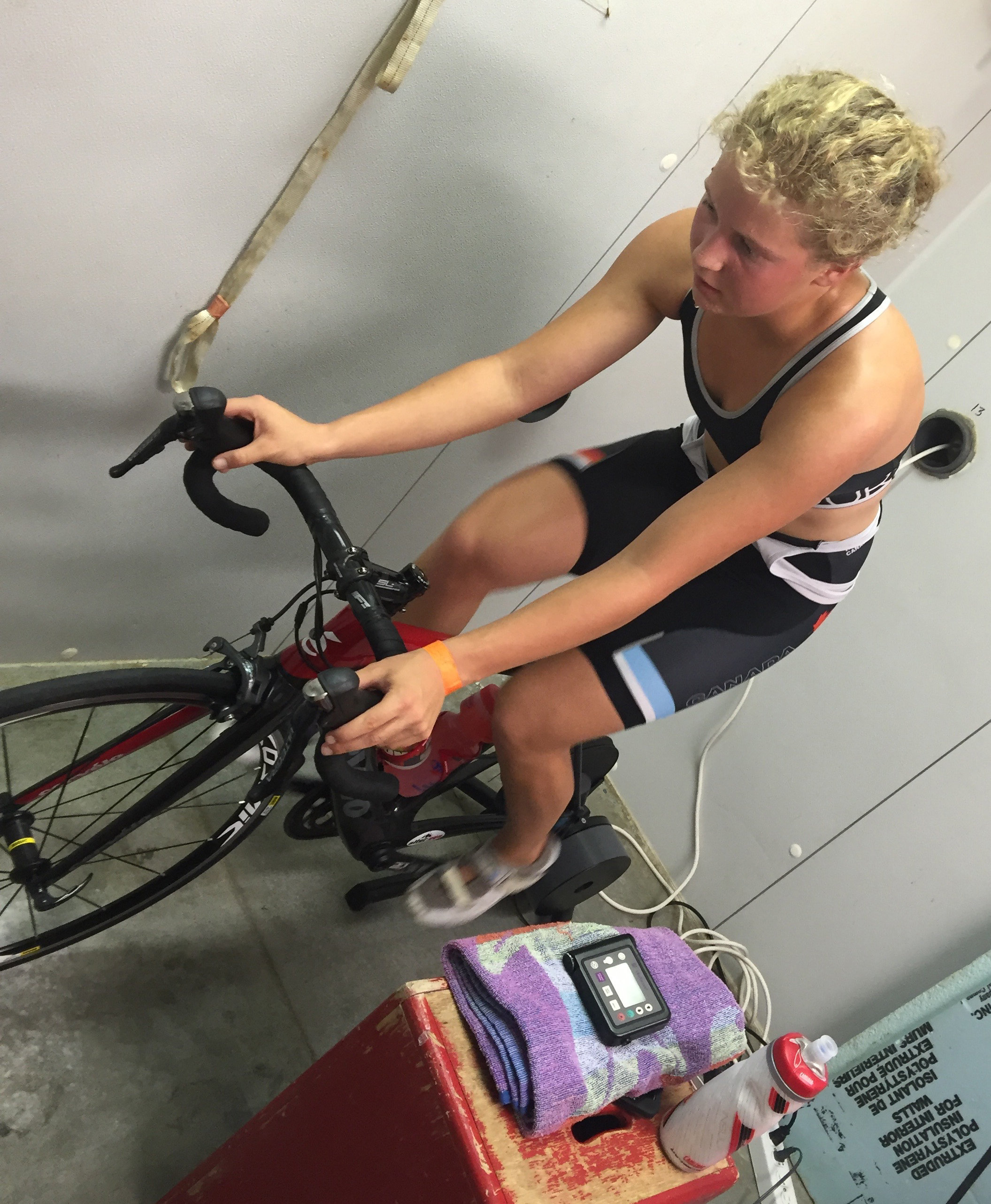 Once she was on the mend, Roy worked with the CSCM team on heat acclimation to prepare for the high temperatures and humidity levels she would face at competition in Mexico. A heat chamber allowed the team to simulate potential race conditions and monitor Roy’s physical response.

Roy placed 23rd in Cozumel, which, she admits, was not what she’d hoped for. “But I had a great first two legs of the race. This was one of the hottest and hardest races I’ve ever done, and it was such a great experience!”

READ MORE from Kyla in this Q&A >>

Support CSCM
We need your help to continue offering these kinds of expert resources to Manitoba’s high performance athletes.
An anonymous supporter has graciously volunteered to match the first $5,000 donated to CSCM prior to December 31, 2016. Unless otherwise directed, all donations will help create an Endowment Fund, hosted at The Winnipeg Foundation. Help us create a stable, sustainable future, ensuring long-term athlete development for years to come. DONATE NOW >>

About CSCM:
The Canadian Sport Centre Manitoba (CSCM) is the hub for high performance sport in Manitoba. A proud member of the Olympic and Paralympic Sport Institute Network, CSCM works to provide a world-class, multi-sport daily training environment for athletes and coaches through integrated services and programs in the fields of physiology, strength and conditioning, nutrition, psychology and support services.