The Team Relay consists of four rider teams, with each rider riding one cross-country lap flat out.  Each team contains an Elite Man, Under-23 Man, Junior Man and Elite Woman.  Teams can send their riders off in any order, and tactics make up a large part of the race, with some teams sending their fastest riders first, hoping to hold onto the lead at the end when their slower riders go.  Another tactic is to save the fastest riders until last, hoping that they can catch the other teams. 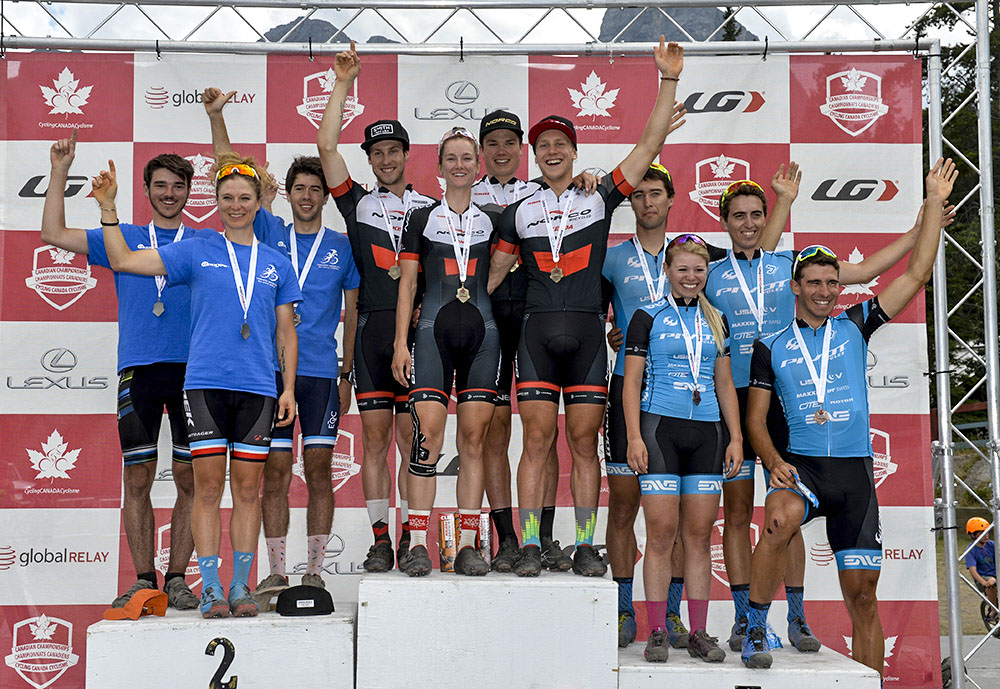 Team Quebec had an impressive ride for second, after losing their Elite man to illness before the race, requiring Under-23 rider Felix Longpre to do two laps.  Team Quebec overtook Pivot Cycle – OTE on the third lap to move into second.

“It’s kind of like a time trial,” said Haley Smith of Norco, “and it’s just 12 minutes of absolute suffering.  But it is pretty special because you know you are racing for your team, for each other, and that’s a unique feeling in mountain biking.  I think our team has really built something as a team this year, and we really rely on each other, so it’s fun to be able to reap the benefits of our tight knit team in this event.”