Canada’s Melanie McCann is well on her way to qualifying for the 2016 Rio Olympic Games in the sport of Modern Pentathlon. At the Spain International Open on February 6, 2016, Melanie started the Combined Event (run/laser pistol shooting) in fourth place after solid results in the first three events – Fencing, Swimming and Equestrian Show-Jumping. In a thrilling finish, Melanie passed German Janine Kohlman in the final running leg to claim the gold medal. 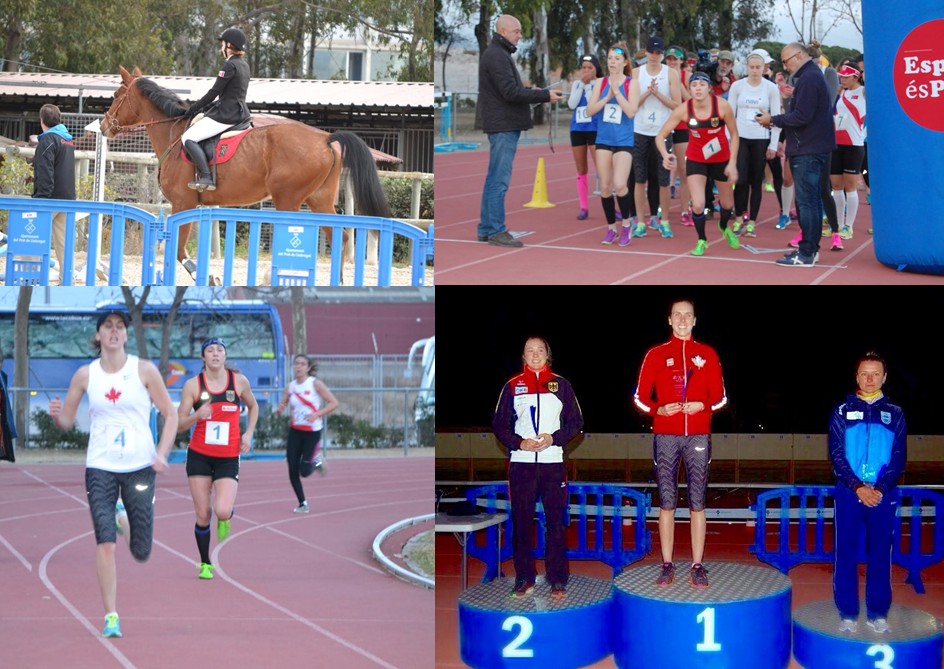 “Melanie competed very consistently all day, with her combined event (run/laser pistol shooting) being a lifetime best. She was in a full final along with 35 other women, and began the combined in 4th place. She never lost a position, and gradually shot and ran her way to 2nd place going into the last shoot just 15 seconds behind Janine Kholmann from Germany. Melanie outshot Janine and left first on the run by 10 seconds shooting 10.3 seconds for her last 5 shots. In a very exciting finish which saw the run lead change twice, Melanie made a last kick just 200 metres from the finish to pass the German with 50 metres to go.

Melanie showed some real gains in all areas of her training since the Pan Ams, but especially in the combined. Next on the schedule are the Cairo and RIO World Cups.”

Pentathlon Canada governs the Olympic sport of Modern Pentathlon in Canada, supporting our provincial associations and national team athletes in building a supportive environment for our sport. Pentathletes compete in five sports – fencing, swimming, equestrian riding, and a combined run and shoot – in a one-day competition.