Sport Manitoba – WINNIPEG, Manitoba – Manitobans took a journey back in time to recount the wonderful, unforgettable and historic years the 2016 Manitoba Sports Hall of Fame inductees contributed to sport in our province. In an evening filled with inspiring stories of achievement and sacrifice the 37th Annual Induction Ceremonies held at the Victoria Inn inducted one team, five athletes, and two builders.

“This is one of the best sports nights of the year,” exclaimed Jamie Kraemer, President of the Manitoba Sports Hall of Fame. “We gather annually to celebrate Manitoba’s sport heritage and honour those who have dedicated their lives to sport as athletes, coaches, officials and volunteers. It’s such an inspiring and uplifting event.”

Join us in welcoming our newest class of sport legends:

The Manitoba Sports Hall of Fame has inducted more than 500 members since it was established in 1980.

The Manitoba Sports Hall of Fame’s mandate is to preserve, celebrate and showcase the history and heritage of sport excellence and achievement in Manitoba.

Sport Manitoba is a not-for-profit organization and the lead planning, programming, and funding agency for the development of amateur sport in Manitoba. Located in the Canada Games Sport for Life Centre, Sport Manitoba partners with over 100 organizations to deliver sport in our province and is responsible for programs including the Power Smart Manitoba Games, Coaching Manitoba, Team Manitoba, Manitoba Sports Hall of Fame, Fit Kids Healthy Kids and KidSport. Services provided include the Sport Medicine Centre, Sport Performance Centre, and the Paul Robson Resource Centre for Leadership and Coaching. 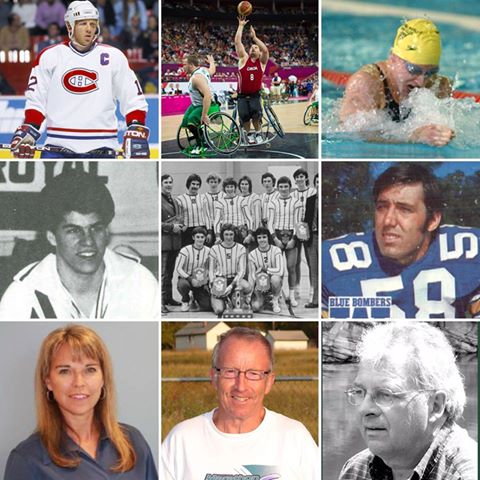