Vancouver – Lewis Irving (Quebec City, QC) has won the prestigious FIS Rookie of the Year Award for male aerialists for the 2015-2016 season. It was a banner year for the 20-year-old Irving who competed in four FIS World Cups and made the finals each time.

The last Canadian male aerialist to win the award was Travis Gerrits (Milton, ON) back in 2011.

“I’m thrilled with how my season went and how consistent my jumping was all year,” said Irving. “That’s what we really tried to focus on this year. I wanted to be on top of my game at each World Cup knowing that I would only do four and it worked out really well for me. It was the perfect type of season to lead into Olympic qualifying next year. It’s a great stepping-stone for me.”

Irving’s coaches and the Canadian high performance program planned to slowly introduce the young aerialist to a full time World Cup schedule. The goal was for Irving to get the necessary experience of international competitions and then compete at NorAm events to work on his degree of difficulty.

Finishing high in the World Cup rankings was never a priority for Irving, even though he was in sixth place before being pulled from the World Cup tour and ultimately finishing 12th overall. Irving admits that his season has motivated him further and that his confidence has been at an all-time high thanks to the work he has put in with first-year coaches Dennis Capicik and Liz Gardner, and due to all of the team veterans helping him out.

“It’s not even comparable where I was last year to now. I’m at a completely different level and performing at a higher intensity,” added Irving. “My connection with my coaches has helped me out. Being around guys like Travis (Gerrits) and Olivier (Rochon) pushes me to go harder. Those guys are two of the best jumpers on the planet. They’re great and help me out with my training. Having them to look up to makes a huge difference.”

“It’s one thing to do triples in a training environment and another to do them in competition. He’s definitely moving forward quicker than anticipated and that’s a good thing,” said Capicik, Head Coach of the National Team. “It’s an honour and a great motivating tool for him to win this award. Many of the past greats have won it and he is in the same group as those guys now.”

Capicik credits Irving’s all around athleticism for his ability to learn things so quickly and pointed out the great technical base taught to him over the years by former coaches like Caroline Franc.

“This award is a testament to what he learned over the years working with people like Caroline and to all the work Lewis has put in over the years,” said Marc-André Moreau, High Performance Director. “Lewis has the potential to reach the top of the sport. Our program has been putting the right tools to produce quality athletes. The future looks great for him and I think he surpassed what most expected he would achieve for this season.” 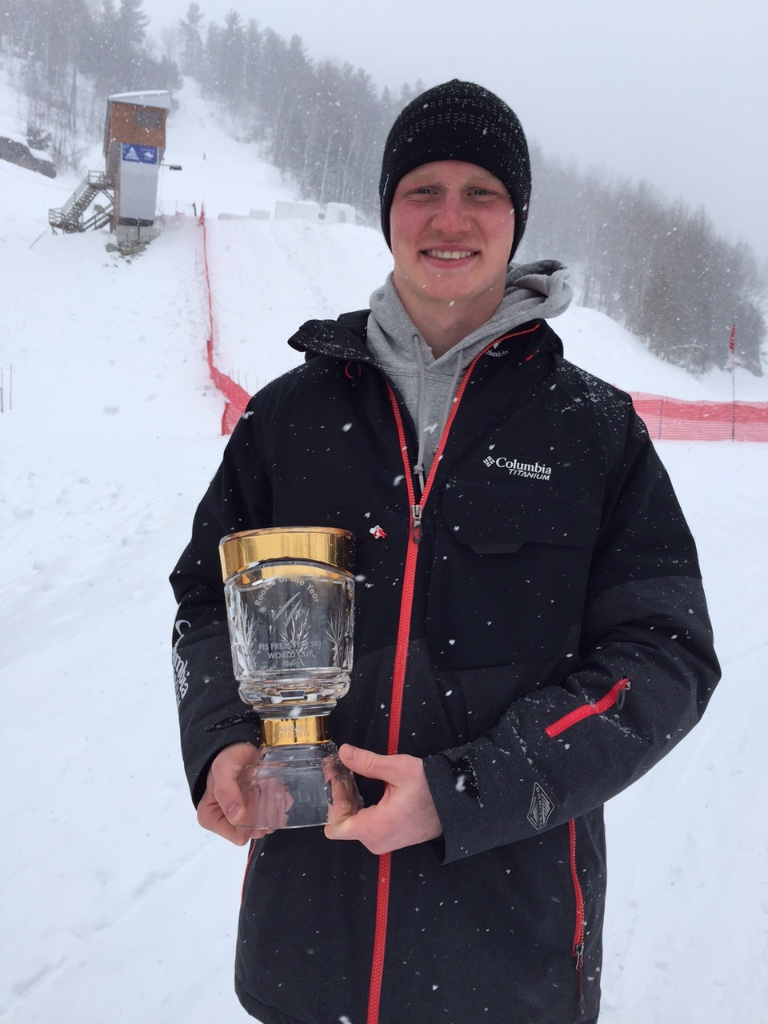 The Canadian Freestyle Ski Association is the governing body in Canada for the sport of Freestyle Skiing. With the support of its valued corporate sponsors along with the Government of Canada, Canadian Olympic Committee and Own the Podium, the CFSA develops Olympic and world champions in all disciplines of the sport. For more information about the CFSA, please visit www.freestyleski.com.