Canada Snowboard – Vancouver, BC – Laurie Blouin (Stoneham, QC) made history on Saturday morning and claimed Canada’s first gold medal of the 2017 Sierra Nevada World Championships. Despite some challenging course conditions, the Stoneham native stomped her second run to score a 78.00 and lay claim to the title of World Champion. Zoe Sadowski Synnott (NZL) and Japan’s Miyabi Onitsuka rounded off the women’s podium.

“I’m pretty happy, It’s been just an incredible week here” said an ecstatic and humble Blouin after her victory. “I didn’t expect it, you don’t want to be too sure of yourself. But I worked so hard, and that just proved to me that the work that I did was worth it.”

Blouin wowed the judges with a series of solid jumps, including a cab double underflip and finished things off on the rails with a frontside 50-50 180 out.

This is Blouin’s best ever career result after she took second earlier this year at a Slopestyle World Cup in Seiser Alm, Italy.

You can view Laurie Blouin’s winning run here, and make sure to check out more of CBC Sports’ ongoing coverage from Sierra Nevada 2017 here. 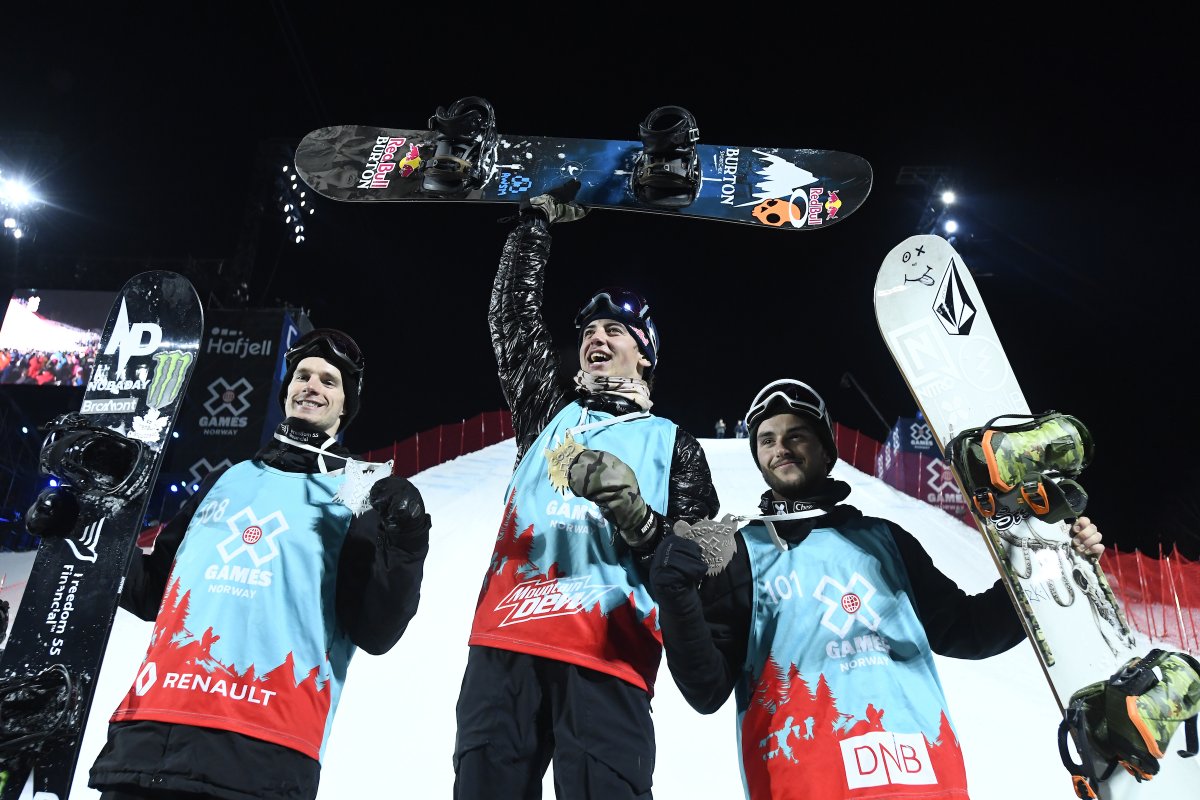 Canadian riders seem to be enjoying their trip to Europe as Mark McMorris (Regina, SK) capped off his season with a gold medal at X Games Norway on Saturday night. Max Parrot (Bromont, QC) finished off his impressive season in Big Air with another podium performance, taking the second place behind McMorris. Norway’s Torgeir Bergrem rounded off the podium in third.

Spencer O’Brien (Courtenay, BC) finished in 5th in the womens Big Air final. 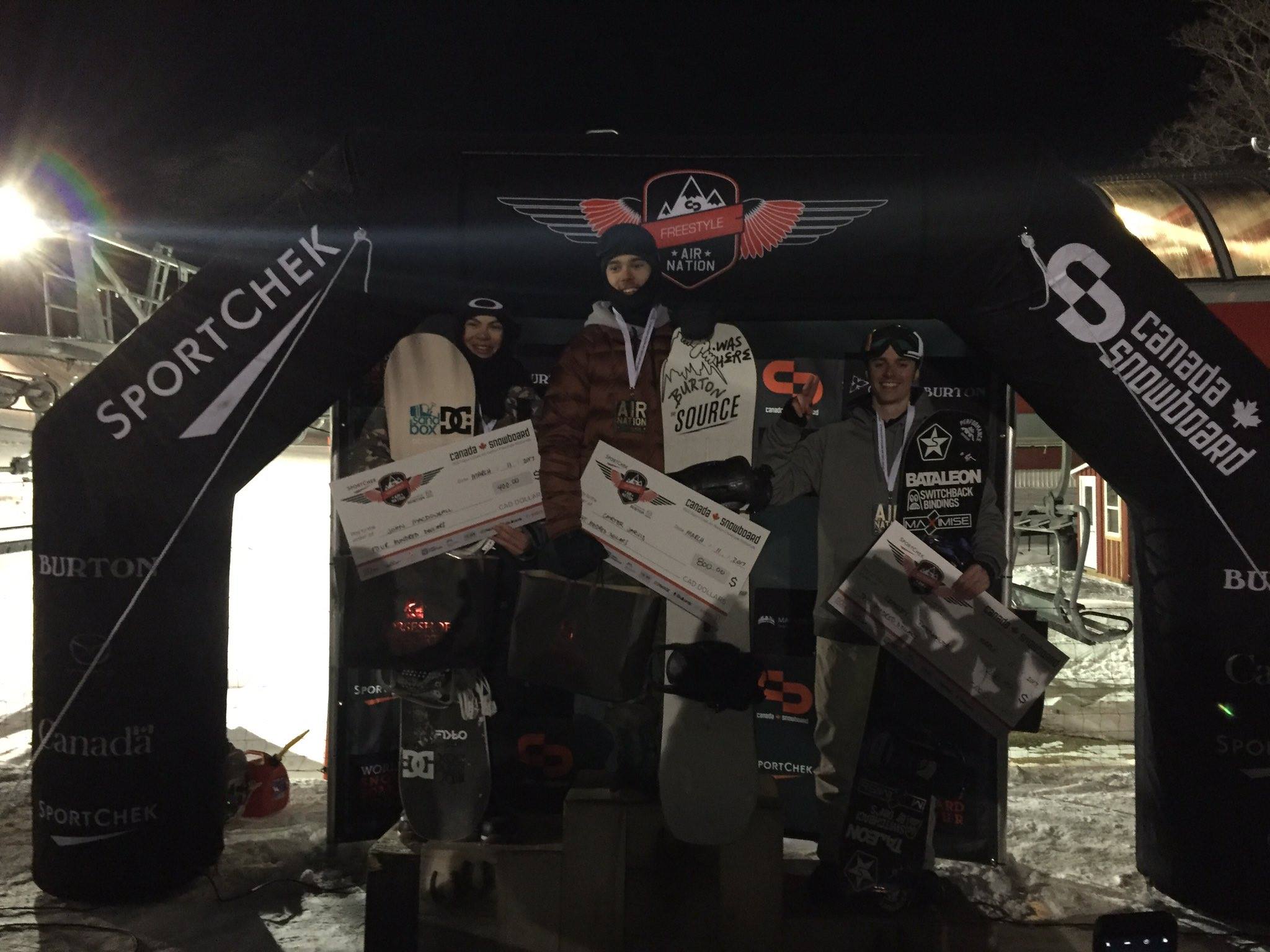 After winning last year’s inaugural Canadian Big Air National title, Carter Jarvis (Calgary, AB) successfully defended his title and captured gold on Saturday night at Horseshoe Resort. Samm Denena (Orillia, ON) took home the top spot on the womens’ side and was joined by Jasmine Baird and Marguerite Sweeney on the podium. John MacDougall and Keassy Patenaude rounded off the men’s podium.

The 2017 Sport Chek Air Nation Nationals presented by Burton and Mazda Canada will conclude on Sunday with the Junior Slopestyle competition.

For more information on Canada Snowboard or to schedule an interview with one of our athletes, please contact:

About Canada Snowboard
Canada Snowboard is the national governing body for snowboarding in Canada. With the support of valued corporate partners like The Canadian Tire Corporation, Mackenzie Financial, FA Design, Burton Snowboards, Zanier Gloves, and Mazda Canada, along with the Government of Canada, Own the Podium,the Canadian Olympic Committee, and the Canadian Paralympic Committee; Canada Snowboard is committed to high performance excellence in FIS World Cup, World Championships, World Snowboard Tour and Olympic & Paralympic Winter Games competition. Canada Snowboard also provides a wide range of programs and support services based on established principles of long-term athlete development. For more information on the services and programs offered by CanadaSnowboard, visit: www.canadasnowboard.ca