Equestrian Canada​ – Ottawa, ON, Jan. 4, 2018 – Equestrian Canada (EC) is pleased to announce the selection of Jean Duckering of Red Deer, AB as the December 2017 recipient of the Dressage Volunteer of the Month Award.

For over three decades, Duckering has been a strong supporter of Canadian dressage. In 1985, she joined the Parkland Area Alberta Dressage Association (PAADA) and held various board member positions, including secretary, treasurer, and an eventual 10-year tenure as president. Concurrently, she was show manager for the Alberta Equestrian Games and organized many provincial championships. Her tireless efforts made the PAADA the go-to organization for professionally run, enjoyable events.

Duckering went on to become President of the Alberta Dressage Association (ADA) from 2010 to 2012, where she played a key role in managing the ADA’s annual casino fundraising event. She also worked for many years as a dressage advisor for the Mane Event in Red Deer, AB.

Duckering has been an active EC volunteer since 2014 and is currently a member of the Dressage Committee, lending her voice to help direct the development of dressage programs and services nationwide.

“I have enjoyed working with Jean on the Dressage Committee for the past two years,” said Joan Macartney of Manotick, ON. “Jean is a joy to work with, always striving to provide well thought-out solutions, and has contributed to dressage in a variety of roles.”

EC is grateful for the energy and vision Duckering offers the dressage community with selflessness and enthusiasm. Duckering is archetypal of the dedicated volunteers who help dressage grow at both the local and national level.

If you know of a volunteer who deserves recognition, nominations are quick and easy through the EC website. Nominations for the award are accepted until the 20th day of each month, making January 20th the next deadline to submit the name of a volunteer who has made a difference to the sport of dressage. Questions and comments on the Dressage Volunteer of the Month Award can be directed to Christine Peters at cpeters@equestrian.ca. 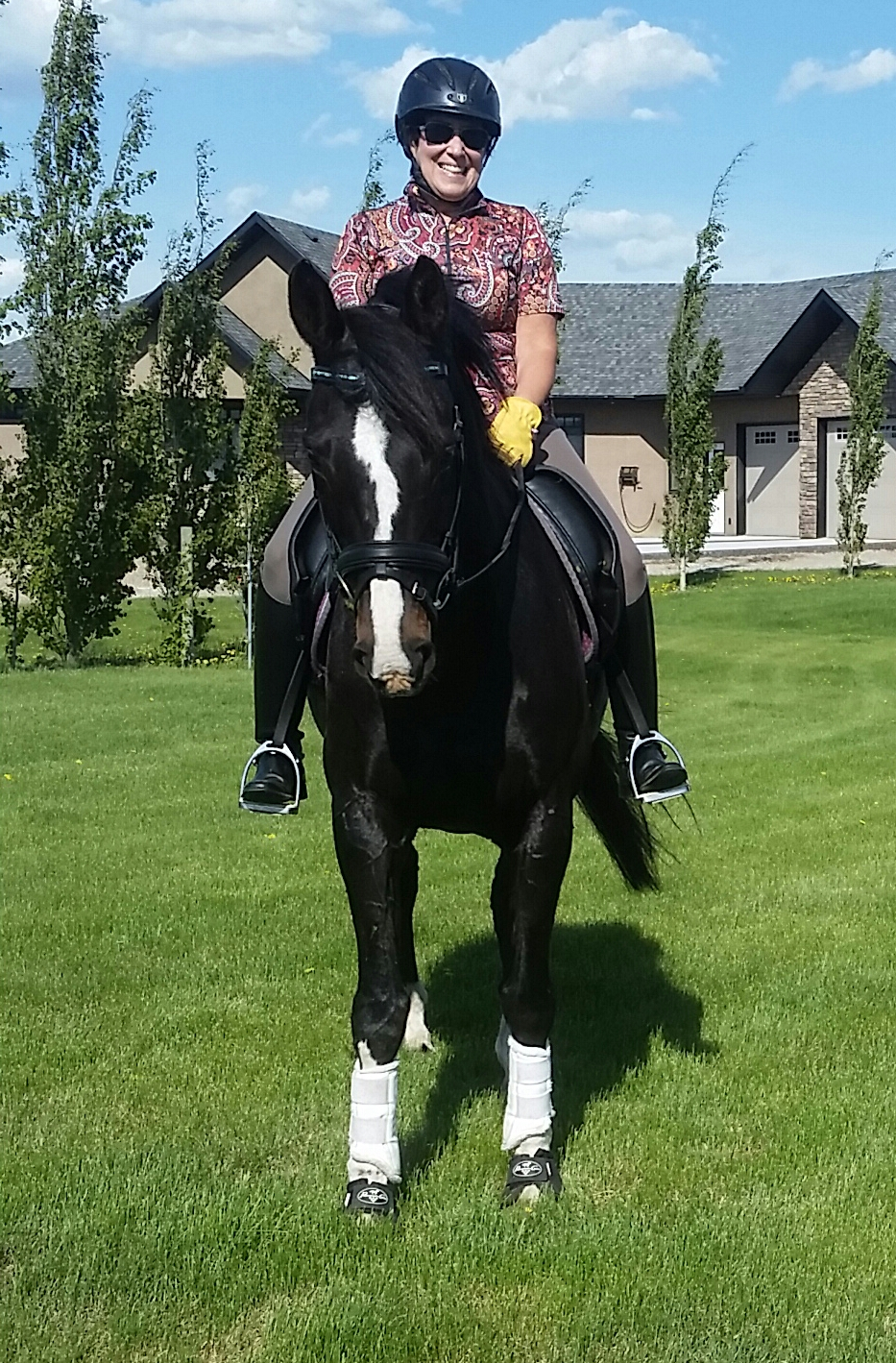 PHOTO – Jean Duckering of Red Deer, AB has been honoured as Dressage Volunteer of the Month for December 2017 in recognition of her tireless dedication to the dressage community, both in Alberta and nationwide.