Isabela Onyshko has become a household name in artistic gymnastics in the last two years, and the young Manitoban gymnast surprised Canadians with her performances in Rio last summer. In 2014, Isabela made her first mark on the international stage, competing at the Commonwealth Games and making her debut at the FIG World Championships.

In April 2015, Bela captured her first international gold medals, winning the beam and uneven bars events at the World Challenge Cup in Slovenia, where she also won silver in the floor exercise. Injured throughout the 2015 Pan Am Games, Isabela remained an underdog entering into her Olympic year, but proved herself a world-class athlete time and again with her consistent performances at major national and international events. 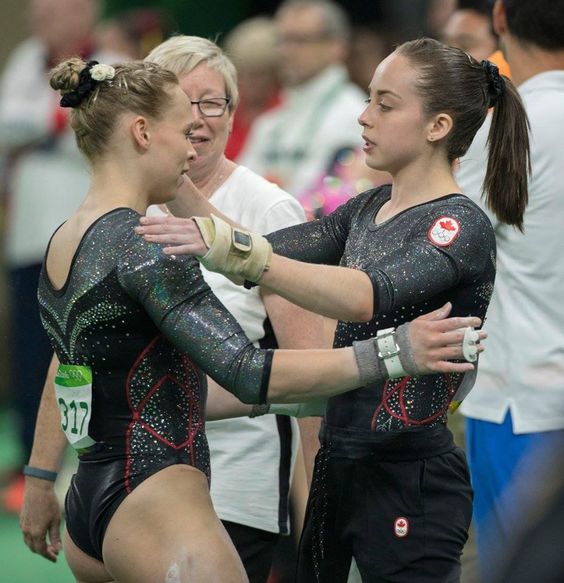 In 2016, Bela rose to the top at the Canadian senior level, dethroning all-around champion Ellie Black at Elite Canada and at the 2016 Canadian Championships. Onyshko had effectively sealed her ticket to the Olympic Games last March with a gold medal winning performance in the individual all-around at L’International Gymnix.

Isabela Onyshko, still only 18 years old, is truly a Manitoba-grown talent. The Minnedosa-born gymnast has been training in Brandon for over a decade under the mentorship of Brandon Eagles coaches Lorie Henderson and Joe Stouffer. Stouffer and Henderson were also honoured this weekend as they were named senior coaches of the year alongside David Kikuchi and Keiji Yamanaka.