Skip to main content
Home Gold & Bronze Medals for Canada on Day 2 of The Pan Am Track Championships
September 3, 2018

View All News
Cycling Canada – Aguascalientes, Mexico (August 31, 2018) – Team Canada continued to win medals at the Pan American Track Championships in Aguascalientes, Mexico, with gold and bronze medal performances on Thursday, the second day of competition, to add to the bronze medal won on the first day. The Continental Championships offer valuable points for nation ranking in qualifying for the 2020 Olympic Games.

Hugo Barrette of Iles-de-la-Madeleine, Quebec, won the men’s Keirin competition, defeating two Colombian riders in the final. Unfortunately, Canada’s other competitor in the race, Stefan Ritter of Edmonton, crashed in his semi-final race and had to be taken to hospital for observation. 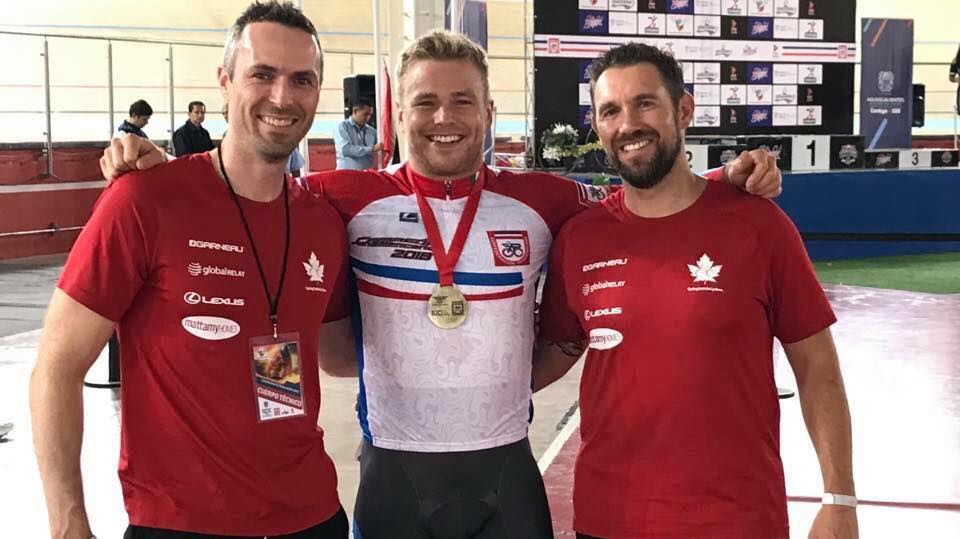 Kris Westwood, High Performance Director at Cycling Canada, said, “Hugo put together some fantastic rides to win gold in the Keirin on a difficult day for the Canadian team. Everyone’s thoughts are, of course, with Stefan Ritter after his crash this afternoon. Fortunately, it appears his injuries are not as severe as initially feared and the medical staff expect him to recover fully. We will share updates on his condition when appropriate.”

In other competition, the men’s Team Pursuit squad finished fourth, Evan Burtnick was seventh in the men’s Scratch Race, and in women’s Sprint qualifying, Lauriane Genest was second and Amelia Walsh was seventh. Genest advanced to the semi-final with her second place, and is guaranteed to ride for a medal.