Gautier, who won a bronze medal at the Rio Paralympics last year, is Canada’s most decorated para-cyclist. This is her seventh time trial world title, bringing her total of Road (time trial and road race) world championship titles to 13.  Her winning time for the 15.5 kilometre race was 38 minutes and 3.35 seconds, 5.11 seconds faster than Yulia Sibagatova of Russia.

“It feels magical,” said Gautier, “to have a team of people who all do the little things that help me … we did it!  I’m really, really excited to be world champion, and I’ll treasure it and ride well wearing [the rainbow jersey] in the next year.” 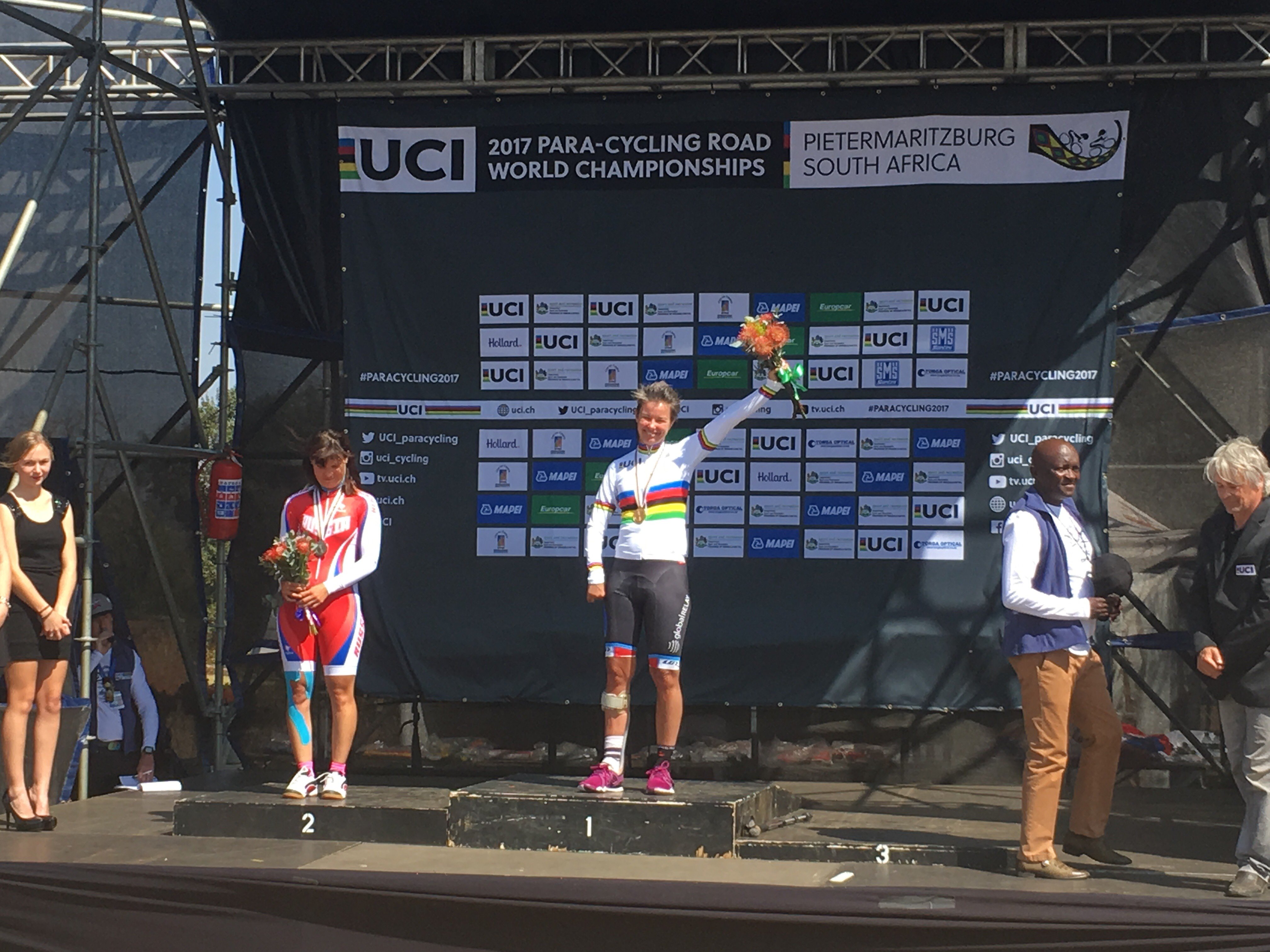 Moreau, of Victoriaville, Quebec, was a two-time bronze medalist in Rio, and this is his first world championships medal.  Moreau finished the 23.3 kilometre race with a time of 40 minutes and 22.98 seconds, 52.39 seconds behind winner Paolo Cecchetto of Italy.  Alex Hyndman of Morpeth, Ontario, finished 11th and Joey Desjardins of Hawksbury, Ontario, was 14th.

“It feels really good to get my first [Worlds] medal,” admitted Moreau.  “This year being a post-Games year and me having a new baby … it’s been a year of ups and downs.  So it’s been hard to work [train] consistently, and I was not sure what to expect at these first Worlds after Rio.  Today was a great experience, with a bigger field than in Rio, actually.  I had a bit of stress at the start with some problems with my bike computer and I started a bit too strong.  I had to slow my pace if I wanted to last the whole race, but I did well against some really experienced racers, and I’m really happy about that.”