FORTIER 12TH IN U23 MEN AT MTB WORLDS

Cycling Canada  – Cairns, AUS, September 8, 2017 – Canada had two riders in the top-20 in the U23 men’s cross-country race on Friday at the Mountain Bike World Championships in Cairns, Australia, with Marc-Andre Fortier of Victoriaville, Quebec, finishing 12th and Quinton Disera of Horseshoe Valley, Ontario, finishing 17th.  Sam Gaze of New Zealand successfully defended his title, with Alan Hatherly of South Africa taking the silver medal and Maximilian Brandl of Germany the bronze.

A group of 14 riders had split from the main field by the end of the start loop, as the riders headed out for six laps of the 4.3 kilometre circuit through the rainforest at Smithfield Park.  The group included Quinton Disera, with Fortier eight seconds behind, along with Peter Disera. 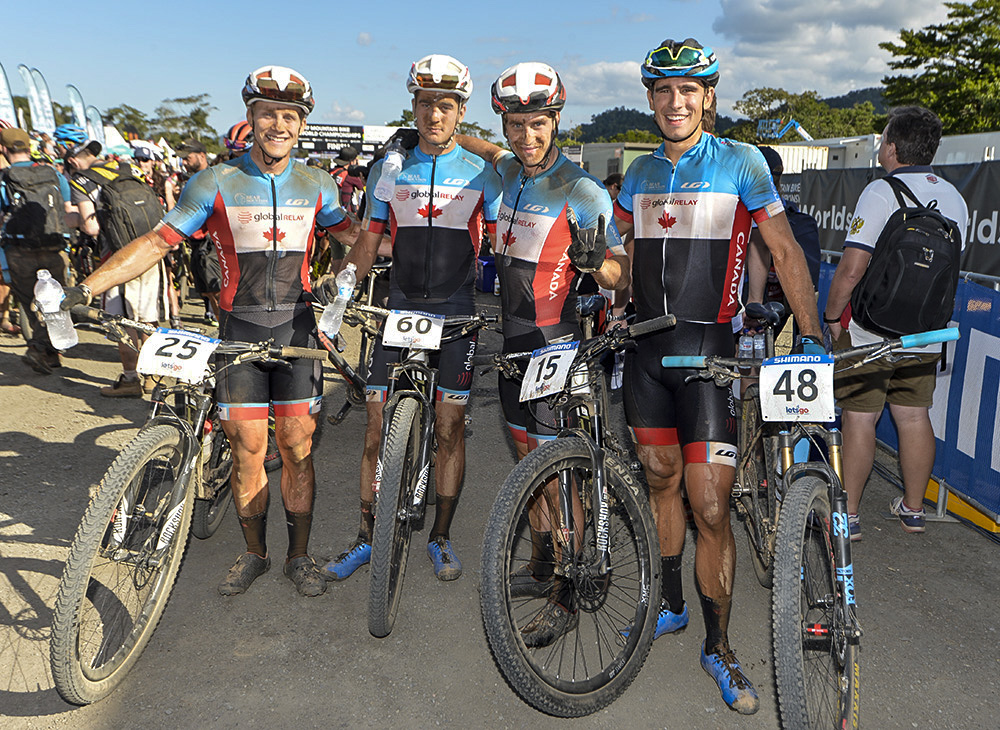 “It was amazing, I didn’t have any problems all race,” said Fortier. “I started 48th and by the end of the start loop I had moved up a lot; an amazing day for me.  Usually I prefer courses with shorter punchy climbs like Mont Ste-Anne, and here it was a long climb.  So it was not the perfect course for me, but today it was perfect!  It’s a good way to end the season, so for the winter I will have lots of motivation to train.”

Peter Disera was in the top-15 as the race entered the third lap, but suffered a flat, dropping him back to the mid-20s, where he finished in 24th place.  Canadian Under-23 champion Sean Fincham of Squamish, BC, starting near the back of the field, moved up steadily in the first half of the race and then maintained 33rd place for the finish.  Raphael Auclair of Haute-Saint-Charles, Quebec, had moved up to the mid-30s before a twisted chain forced him into the pits on Lap 2, and he finished 60th.