Cycling Canada​ – Ostend, Belgium, May 5, 2018 – Canada got off to a strong start at the first round of the UCI Para-cycling Road World Cup in Ostend, Belgium, winning two gold and three silver medals in the first two days of competition. 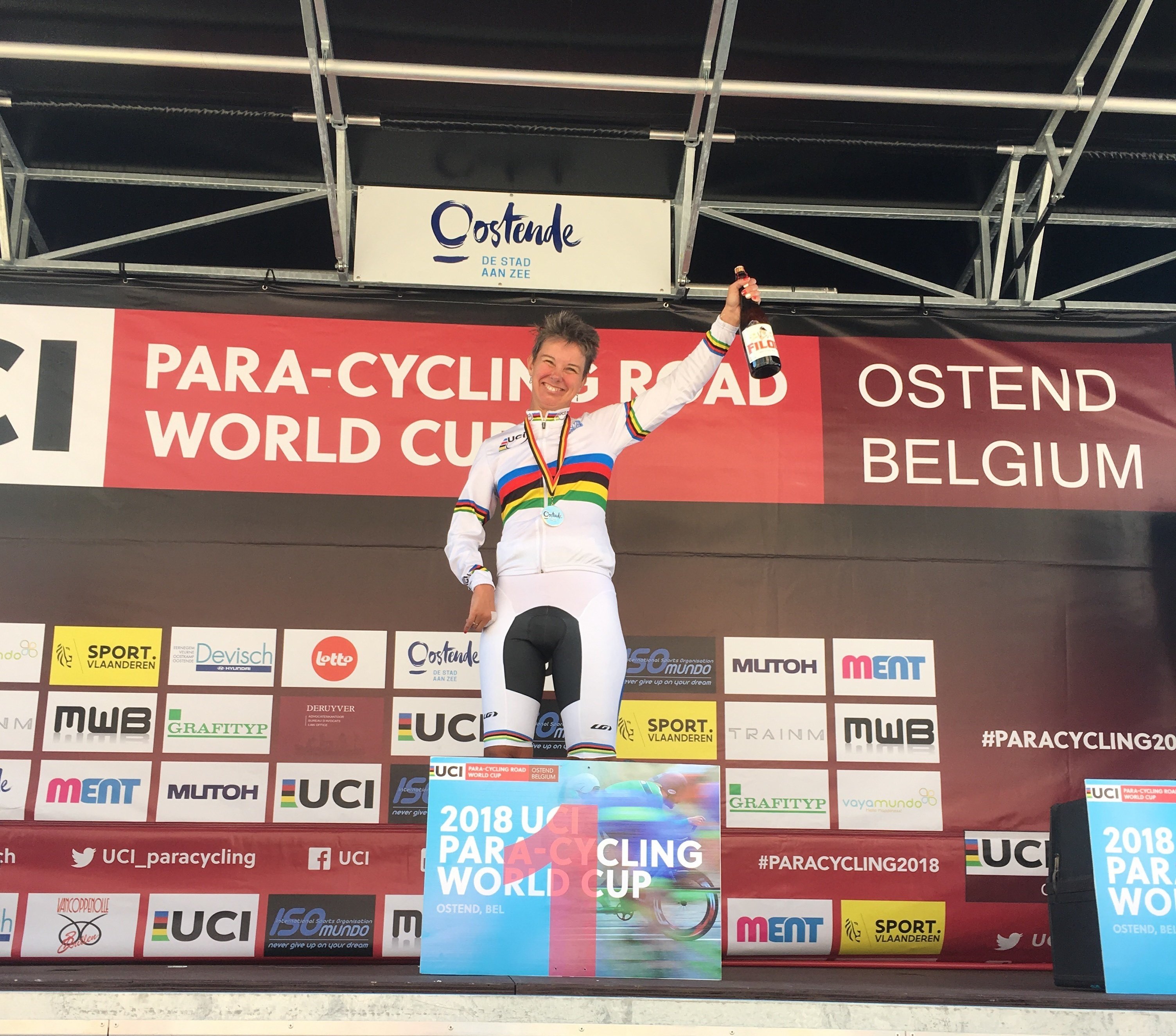 National Para-cycling Coach, Sebastien Travers, said “Putting Mike’s performance in perspective, this was one of the fullest/most complete fields we have seen in a while. More so, Mike’s time would have placed him third in the MC4 class, which is a stronger class.”

“Tristen opened this first World Cup with a solid performance, finishing second in the MC2 class. This is a very good result as it’s still early in the season. This event allowed us to refine our racing strategy, in the hopes that it is fully established for Road Worlds in August. Marie-Claude rode a solid Time Trial, also coming second in the WC4 class, which is great because she also had great performances at track worlds less than 5 weeks ago.” 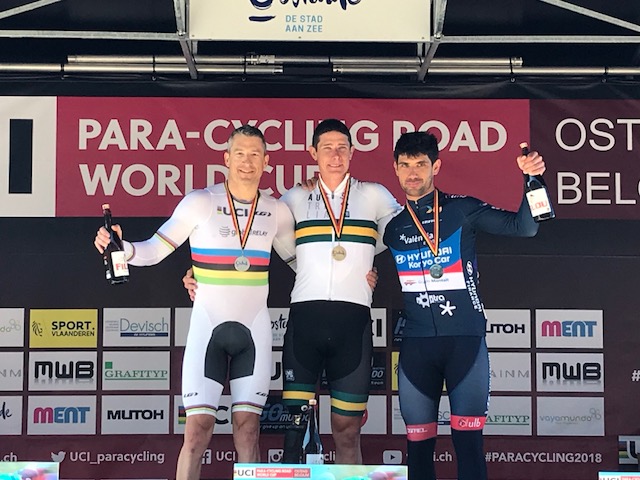 Sametz, who is the world champion in the time trial, said, “It was a bit windy out there today, but otherwise conditions were good. I’m glad to see the improvements I have made for this year.”

“It was an amazing result,” admitted Moreau, “I was not expecting to finish second at this first World Cup; It’s the beginning of the year so it is always hard to know where you fit. I was sick for the last month, which was a setback, so I was less confident for this race and I’m happily surprised.” 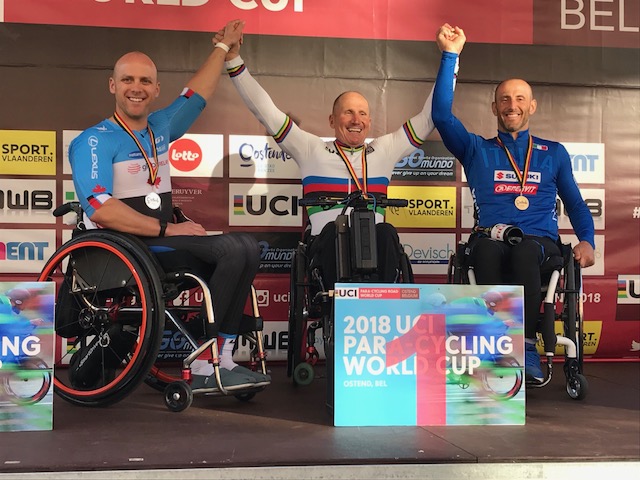 In other results, Joey Desjardins was eighth and Alex Hyndman was ninth in the men’s H3 category. Nicole Clermont was fifth in women’s C5, and the tandem team of Robbie Weldon and her pilot Audrey Lemieux were fifth. In the men’s tandem, Matthieu Croteau Daigle and his pilot Benoit Lussier were ninth.