Barton emphasized the depth of talent in Canadian paddling at all age groups. At the U23 level, he noted that competitions are difficult to predict, but that Canada can realistically expect to qualify for many of the sprint canoe and kayak finals.

“This season’s World Championships are a fantastic testing ground for the 2020 Olympic Games in Tokyo and, for some of our younger paddlers, for the 2024 Games,” he added.

For example, Craig Spence (Dartmouth, NS) performed extremely well at the ICF Canoe Sprint World Cup #2 earlier this year in Hungary and is well positioned to challenge for a berth in the finals at the U23 World Championships from July 27-30 in Pitești, Romania. On the women’s side, Katie Vincent (Mississauga, ON) is expected to challenge for a medal in the C-1 200m and 500m sprints in Romania.

In paracanoe competition, two-time national champion, Erica Scarff (Toronto, ON) will be among the top paddlers in the K-1 200m LTA event at the Senior World Championships.

Barton emphasized that this weekend’s results in Junior Men’s and Women’s competitions at the immediaC National Sprint Trials in Dartmouth confirm that Canada is deep in talent and will make waves at the Junior World Championships next month.

“When you look at 15-year old Sophia Jensen (Chelsea, QC) in Women’s Single Canoe, Isaac Finkelstein (Ottawa, ON) in Men’s Single Canoe, and Grace Whebby in Junior Women’s Kayak (Dartmouth, NS), we have every reason to be excited and optimistic about what Team Canada will do in Romania,” added Barton.

Today’s announcement fills out Team Canada rosters for the upcoming Junior, U23, and Senior World Championships. Final team selections will be confirmed by July 16th. 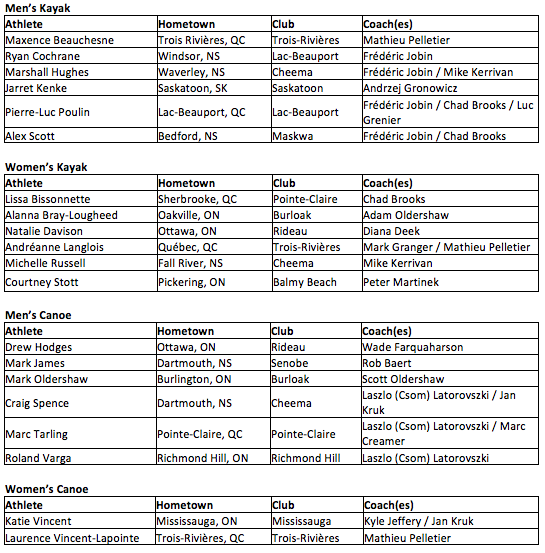 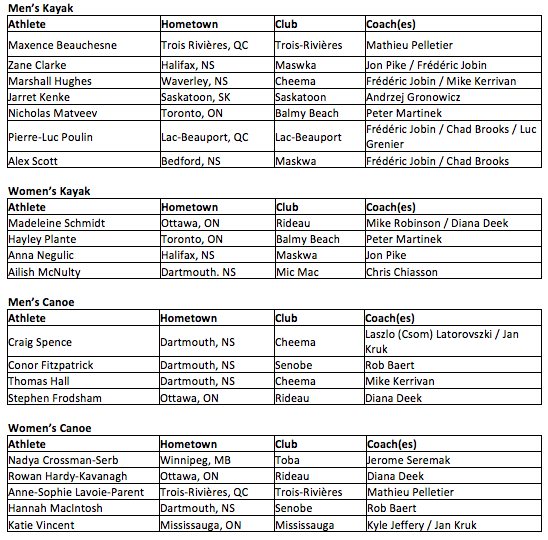 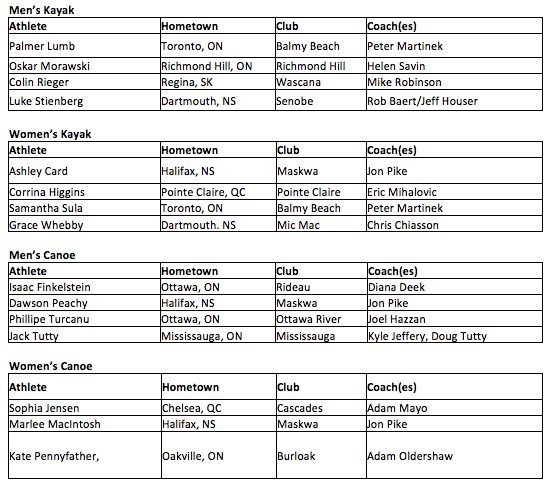 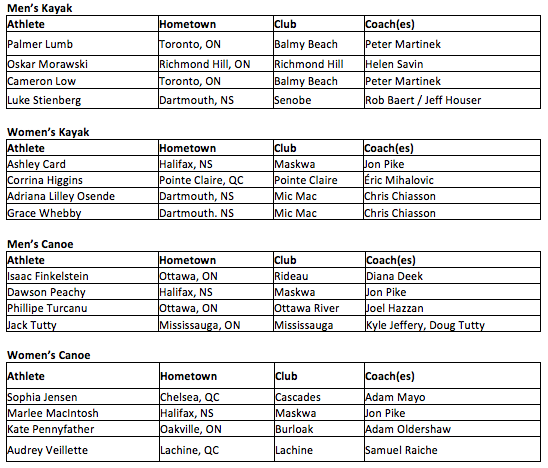 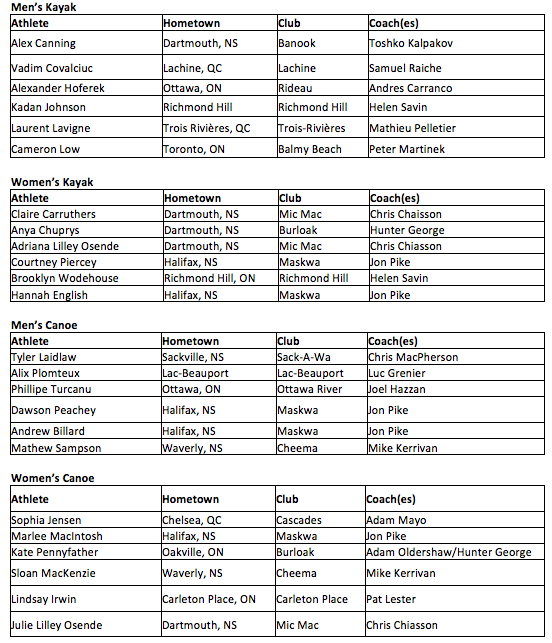 About Canoe Kayak Canada
Canoe Kayak Canada is the national governing body for competitive paddling in Canada, one of Canada’s top performing summer sports with a total of 24 Olympic medals, and a leader in the Paralympic movement. Canoe Kayak Canada is a member-based organization that includes an intricate network of clubs as well as provincial, territorial and divisional paddling associations. Elite National Team athletes proudly represent Canada at various competitions around the globe – most notably the Olympic Games, Paralympic Games, Pan American Games, ICF World Cups as well as Junior, Under 23 and Senior World Championships. Follow Canoe Kayak Canada on Twitter, Facebook, Instagram and YouTube.