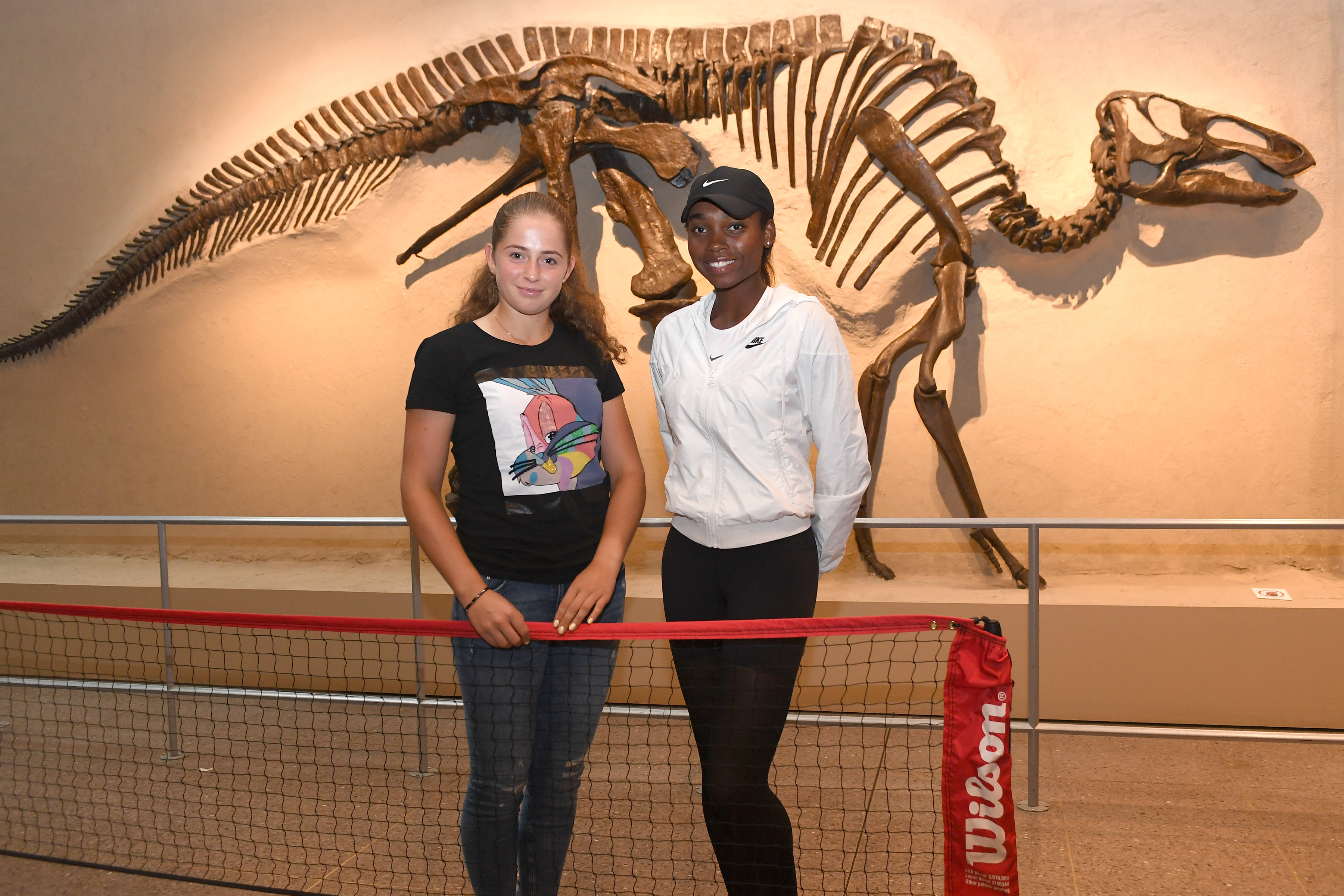 Toronto, August 4, 2017 –The official draw for the 2017 Rogers Cup presented by National Bank in Toronto took place on Friday at Royal Ontario Museum in Toronto with No. 12 seed Jelena Ostapenko and Canadian Francoise Abanda in attendance. Canada’s No. 1-ranked player Eugenie Bouchard and American Venus Williams will both kick off their opening matches against a qualifier, with Williams on Monday night.

The Top 8 seeds all receive a first-round bye, with No. 1 seed Karolina Pliskova set to take on the winner of the match between Anastasia Pavlyuchenkova of Russia and France’s Alize Cornet. The newly crowned world No. 1’s pathway to a maiden Rogers Cup title could include a quarter-final match-up against No. 6 seed and 2010 Rogers Cup champion Caroline Wozniacki.

If the seeds hold, the other quarter-final in the top half of the draw could see No. 3 Angelique Kerber versus No. 7 Johanna Konta of Great Britain.

Other Canadians in the main draw include wild cards and rising stars Francoise Abanda and Bianca Andreescu. Twenty-year-old Abanda will meet Lucie Safarova of Czech Republic in the first round, while 17-year-old Andreescu who will make her Rogers Cup main draw debut against world No. 42 Timea Babos of Hungary.

On the bottom half of the draw, defending champion and No. 2 seed Simona Halep could rendezvous with American Madison Keys in a rematch of last year’s final in the second round. If Halep can advance to the quarter-finals, she may face No. 8 seed Kuznetsova.
No. 5 seed Elina Svitolina could potentially face No. 9 seed and 2014 Rogers Cup runner-up Venus Williams in the third round, before a possible quarter-final match-up with reigning Wimbledon champion and No. 4 seed Garbiñe Muguruza.

Among the marquee first-round matches set to take place over the first two days of main draw competition is No. 14 seed Petra Kvitova versus Spain’s Carla Suarez Navarro. Kvitova is on the hunt for her second title at Rogers Cup, with her first coming in 2012. Former champion Agnieszka Radwanska will take on a tough opponent in her first match versus American Coco Vandeweghe.

Six other Canadians – Gabriela Dabrowski, Alexandra Wozniak, Carol Zhao, Katherine Sebov, Charlotte Robillard-Millette, and Carson Branstine – will be competing for one of 12 qualifier positions in the main draw. The qualifying tournament will take place over 407 ETR Free Community Weekend this Saturday August 5 and Sunday August 6, and admission is free for everyone for the two days.

Owned and operated by Tennis Canada, Rogers Cup presented by National Bank is celebrating the 125th anniversary of the women’s tournament this year, welcoming the best players of the WTA from August 5-13 at Aviva Centre in Toronto. As a not-for-profit organization, Tennis Canada invests all net proceeds from the tournament right back into growing the sport of tennis across Canada. For more information and to purchase tickets, please visit rogerscup.com.

About Tennis Canada
Founded in 1890, Tennis Canada is a non-profit, national sport association with a mission to lead the growth of tennis in Canada and a vision to become a world-leading tennis nation. We value teamwork, passion, integrity, innovation and excellence. Tennis Canada owns and operates the premier Rogers Cup presented by National Bank WTA and ATP World Tour events, 10 professional ITF-sanctioned events and financially supports 12 other professional tournaments in Canada. Tennis Canada operates national junior training centres/programs in Toronto, Montreal, Vancouver, and Calgary. Tennis Canada is a proud member of the International Tennis Federation, the Canadian Olympic Committee, the Canadian Paralympic Committee and the International Wheelchair Tennis Association, and serves to administer, sponsor and select the teams for Davis Cup, Fed Cup, the Olympic and Paralympic Games and all wheelchair, junior and senior national teams. Tennis Canada invests its surplus into tennis development. For more information on Tennis Canada, please visit our website at www.tenniscanada.com and follow us on Facebook and Twitter.