On the heels of her triumph yesterday in the C-2 500m Final with partner Katie Vincent (Mississauga, ON), Vincent-Lapointe dominated the international field in today’s 200m sprint and crossed the finish line in a world record time of 45.478 seconds.

“I’m extremely happy to win back my world title after missing a few strokes in 2015 and finishing fourth,” said Vincent-Lapointe after the race. “This event has been good for us winning in world record times and taking the overall title for Women’s Canoe at these World Championships. It’s been a great start on the road to the 2020 Tokyo Olympics, but there’s still a lot of hard work ahead.” 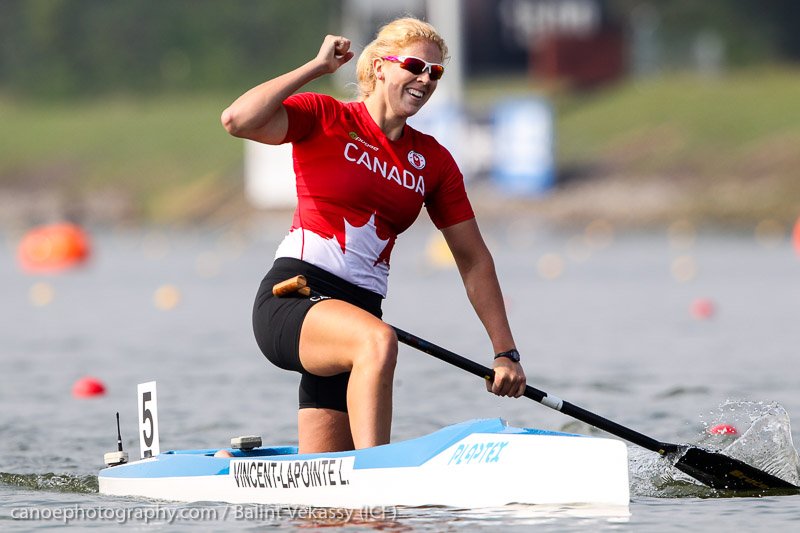 With her dominant performance at this week’s World Sprint Championships, Vincent-Lapointe has solidified her reputation as the athlete to beat as the world’s best female canoers prepare for their first-ever Olympic competition in Tokyo in 2020.

“It’s been almost 20 years since the last time Canada won two gold medals in Olympic events at a World Championship,” added Graham Barton, Chief Technical Officer for Canoe Kayak Canada. “That was 1998 when Stephen Giles and Caroline Brunet shared the honours. I’m really pleased with the results and with the team’s overall performance this week.”

“Our guys just missed a berth in the A Final yesterday,” added Barton. “So what this result confirms is that Canada’s K-4 crew belongs with the best in the world. I’m really excited about what our sprint program is capable of achieving over the next few years.”

On the women’s side, Canada’s K-4 crew of Courtney Stott (Pickering, ON), Alanna Bray-Lougheed (Oakville, ON), Lisa Bissonnette (Sherbrooke, QC), and Natalie Davidson (Ottawa, ON) also delivered a strong performance, finishing second in the B Final behind the boat from Portugal.

Quebec City’s, Andreanne Langlois, wrapped up a strong world championship with a third place finish in the B Final of the Women’s K-1 200m. 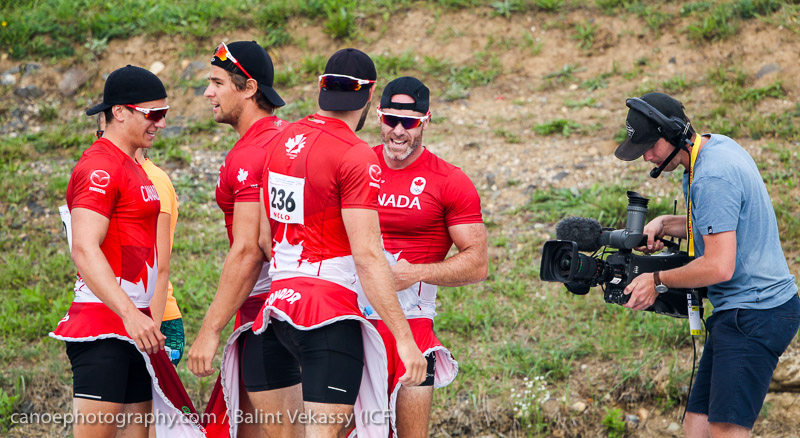 Men’s K-4 crew happy after their first place in the B final.